I was looking for a nother woodgas wehicle for a few months now, l found a few pickups, badly underpowered Škodas or crazy expensive Dodges. So, l decided to go on a different road. A sedan.

Looked trugh some Volvos, a V6 Alfa Romeo, some 5cyl Audis and finaly decided for this:

As for the woodgas conversion. I plan to make a in the trunk gasifier. Now, first, let me clearyfy that the trunk is stock isolated from the driveing space. There is allso no plastic or other burnable material in, just good old metal.
The hotest part of the gasifier and cooler will be located under the trunk, in the muffer area. So will all the woodgas parts. The only thing in the trunk will be the hopper. This way, in case of a leak, only smoke can escape, wich can be detected fast.
A firewall, lots of insulation and a strong fan are a neccesery safety adition too. Plus a CO detector in the cab, just in case.
As for the type of the gasifier, l havent decided yet. Its still time to do so, as I slowly started from the front end to the back.
As for other things, l decided to go with a sort of sack filter for the gas filtration. In adition, there will be two cyclones in the engine compartment to expell condensed fogg out of the gas, and a mild reheat to further dry it before mixing with air. This way l hope to avoid some problems in the intake manifold&k-jetronic components.

This is my progress so far. Just noticed l forgot to throw in a picture of the car its self, will do this in the next update

Aah, finally! Very interesting!
I just watched the slide show 5 times. Very different from my setup but I’m starting to get the picture.
I see you found a flat spot on the afm to tb rubber. I never realised it was that long. I was under the impression it was just a short wide rubber tube. Nice compact air valve and air/gas mixing. I didn’t see a wg valve?
Could you please explain what the wet cyclones look like inside. Are the bottom pipes inlets or drains? My guess is drains and inlets not finished yet, right?
I must say I’m impressed by the innovative ideeas.

Yes there is enough space for the connection. One problem is thugh the woodgas connection blows woodgas right in the delicate afm mechanism. I have made a “slide” to redirect the gas in the intake manifold, but how secsessful it will be l have no idea. One reason more to have superclean gas.
There isnt a woodgas valve yet. I havent yet decided where to put it. Its nessesery thugh…
The cyclones are standard cylinder type ones. Noting special, exept they have no dust pit, but a drain. Yes, correct, the stainless part is the gas outlet. Actualy look at the picture where they aere in the motor compartment. Thats the right final position. Inlets are not yet finished, l am waiting to lift the car and make the gas suply pipes.

Hi, Kristijan!
29.8.2017
Why at all plaiging the AFM with dirty woodgas?
Can’t you go in under the AFM with the woodgas, as “any” fuel, and let the clean air pass the AFM as before?

This means probably, that you have to separate the throttle body from the intake manifold, but then you might gain something of quality for the undisturbed gasoline use…

This means also a ganged mechanism with a gas throttle equalling the gasoline-air throttle in size and geometry.

Mercedes chose to mount the AFM directly on the TB. Just a 7cm black plastic coupling in between the two. I managed to squeeze the gas inlet there so only air still passes trugh the AFM. But, since the gas pipe and AFM are so close, it is possible that some gas touches the underside of the AFM plate. Thats all.
The goal is to have all as stock as possible, for anual inspecton, and a more detailed oldtimer inspection in 2020.

If you had payed more attention to my second “paragraph”, you would have seen the wrong formulation in the first “paragraph”!

By all means, the woodgas was meant to go in under the standard air flap!

The rest is consequentially right formulated.

Squeezing the air passage area passing the AFR will upset the air measuring and calibration when driving on only gasoline!
Unsymmetric jetting from above and lifting the boom from below…

That can be avoided with leaving the AFR area intact!

Go in below the air flap with the gas, and you have an easier way to achieve the 50/50 mix. Make swirling!

I have never seen a German TB system and so your video was a total loss to me. Of course you and Max are talking of things I know nothing about. Having said that, I have used cyclones and have a modest understanding of how they work. I do not understand yours with the inlet at the bottom and the outlet at the top. Where is the char that is being removed from the gas. JO mention the word “wet cyclone”. Is there water involved? TomC

I did go below the AFM with the gas! The AFM is left intact, there is only a flap before the AFM to choke the air.
No need to worry about gasoline performance, the air flap (valve) is already installed and l drive the Mercedes every day with no notible trouble.
This model has a lambda sensor so minor things get corrected by it.

Tom,
Its quite simple. On the first picture you see the throtle body. On top of it is s mechanic air fuel meter (AFM) that measures air flow and adds a propper amount of fuel injected. The two are connected with the black plastic thing you can see on many pictures.

As for the cyclones, they are just normal cyclones with inlets not finished yet. But their purpose is not to collect dust, its to collect water (fog, moisture) from the gas. The bottom pipes are water outlets and the top ones are gas outlets. The gas inlets are NOT yet installed.
This way the engine gets dryer, cleaner gas.

The Lambda sure gives relief for gasoline dosage!

So you will start with manual gas regulation!
The place below the throttlebody is very cram, so a swirling junction is hard to build.
the flange toward the manifold box should need to rise ~1/3 diameter to be useful…
Do you still have the Chevy?

Yes manual air control for now. I learned that a automixer has as many positive sides as id does negative.
I hope to get some swirl from the “gas slide” in the inside of the AFM plastic junction.

Yes l still have the Chevy but its not wood gased anymore. Its for sale.
I plan to use the alubox gasifier for a test on Mercedes, then build a gasifier in the trunk. Shuld be able to squeete at least the same range hopper as l have in the alubox. 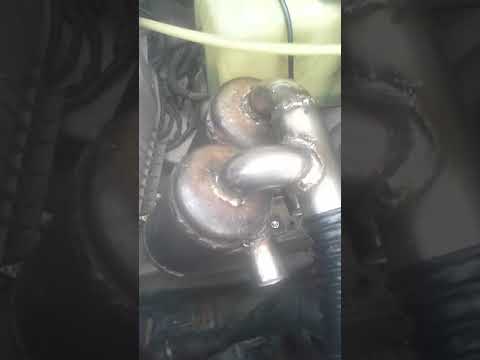 As a update to it, half the cooler is already finished

Looking good. Wish I could move that fast on my rebuild. I see you have your cyclones done. Every since I heard you were going to do another build, I have been wanting to throw something out there for you to look at ( or anyone building a gasifier in a confined space) You have your cyclones done but I will post anyway.
This is a Thein dust separator. 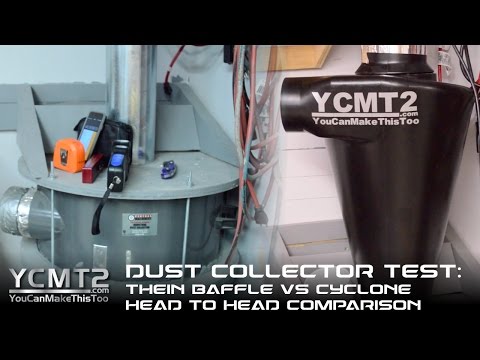 This first video is a comparison of a Thein to a Cyclone and I admit the Thein came out a little short. But I was thinking rather than put a small cyclone in you might be able to put in a little larger Thein because of its shape.
This is a short video on the construction. There are many more construction videos but they are longer. If interested look them up.

Don’t know if I posted those Youtubes properly. TomC

I was just about to ask for a progress report.
I´ve been batteling for the last couple of days, trying to be as patient as I possibly can. I didn´t want to interrupt and force you into computer time when you´re into a flow. Clean looking build! Just a couple of tiny questions.
The plastic condence tank you showed is for the cyclones, right? Do you plan for a separate condence tank for the cooler? I´ve had a hard time going to sleep myself from time to time when planning ahead on a low, under the floor cooler.

Tom,
Based on the video, the cyclone is a more efficiant aparatus anyway?

Actualy no, the plan is to draw clean, filtred gas trugh the under the car cooler, where it condenses out water, then both cool gas and water droplets pass the cyclones. Gas goes to the engine, watter to the condense tank.

Well their main purpose is to extract condensation.
In order for the cyclone to work, you just nead a gas and a phase denser thain gas. It shuld work eaven better with condensation thain solid particles becouse when gas spins in the cyclone, centrifugal force expell water on the cyclone wall, where it can flow down. Hard particles like dry soot can not flow down and need to be vortexed down, wich means less effeicient.
Allso, soot and tar come to the engine bond to condens droplets. They dry in the intake manifold due to low pressure and deposit the nastyes. eliminate moisture, eliminate soot/tar.
There is no cooler condense tank. All the condense will be sucked trugh the cyclones and in to the tank you mentioned, thats why its so big.

Kristijan; I am trying to keep up with your build, but I seem to be stuck on your “cyclones”.

Well their main purpose is to extract condensation.

I ask the internet “how do cyclone separators work”? Only two places mentioned separating “condensation”. One was running oil through to separate water and the other was running gases like we are and they got solids/soot out the bottom and vapor out the exhaust.
Maybe I am ahead a little because in that last video you said you had not finished the cooling pipes. Are you going to have a condensation tank after the coolers and before the cooled gas goes up to the engine. If not that gas will be holding water vapor, and then the heating pipe you have running behind the fan will put more heat into the gas and that is just more heat you have to get rid of to get below the dew point if you plan on taking out moisture after that pipe.
I feel very vulnerable for posting this, especially since neither Max or Steve U have said anything. I consider you three the most knowledgeable on here. TomC

I’m right there with you on this Tom, this seems to me something new and very interesting in the flow of woodgas through a set of cyclones to seperate the moisture out of the gas. My big condensation tank never has any water in it, just lots of soot. Putting cyclones at the end of my cooling racks on both sides might be a way to remove more water and trapping the soot in water and into the tank. Just thinking out loud and writing it down.
Bob

A famley friend had a 1979 300 e inline 6 cyl. and it got better gas mileage then his 300 desiel per gallon. he gave me the cars when he retired them from his gardge.