So, we have another tractor coming… this one isn’t in as big a hurry to get done as it’s for us…

Picked up some documentation from My friend’s dad (where we bought it from)… Heck has a service manual and a whole list of stuff he’s already done to it. That will be a fun one Arvid! I see it even has a hydraulic top link on the 3 point hitch powered by the auxiliary spools. Lots of use possibilities!

Thanks! really looking forward to getting started.

Happy Midsummer to you too my friend. Stay well Good Deal ArvidO on both counts.
You moving up in the world for engine size powering.
That Case is “modern” with real decent hydraulics.
I put this up over on another topic: Johan Lindell’s 3 cylinder David Brown working farm tractor gasifier conversion links.
Of course you will go your own way on the hearth and such. But give you another lookie-lou see-me along with RonL’s at ways to do this.
JohanL’s was a diesel that he Volvo car distributor converted to spark ignition.
You keep doing these tractor conversions and the deisel tractor guys are going to come pounding.
www.vedbil.se
home page top righthand corner for the english language flag button converter
then center of lefthand side bar open up the “carbons neutral farming”
follow all of the center, RH and LH links there for the detailed pictures
even shows it being used for some frozen down winter logging. this means he had to have developed/buillt-in enough hot gases by-passing ability to actually operate this in his Swedish central Canada like all frozen solid conditions.
some in action youtubes up on this tractor too.

Hey! What’s this noise about “mid-summer?”
PNW wetside summer does not start until the 5th of July!
You want me to send you some more rain over as proof of this?

My younger brother has a DB 880 just like that Swedish tractor… well, without the roll cage.

Still lots to figure out before I actually start burning metal… I kinda like to have a game plan.

ahhh… no on the rain front, thanks

You’ll like the “tweco” welder, Got the 211i but labeled under “Thermal arc” (purple machine) haven’t had a problem with 2 years of welding. Haven’t heard anything bad from any dealer as well. The Lincoln/miller guys don’t like the inverter machines (can’t say I’ve tried theirs due to cost) but the machine has been capable of holding it’s own with everything I’ve asked of it. Mine can run duel voltage 120v or 240v but works much better on 240 (i think this is a general rule for all welders, but thought I’d mention it) good luck with the new conversion.

thanks Dustin. Yes the tweco can run 120v as well. same machine just a different colour.

Build a mouse trap and people will beat a path to your door. That Case is one tough looking tractor. Loved watching the other tractor on the run, great job.
Pepe

Here we go again LOL, I knew after driving the other tractor that you would have to have your own. How many cylinders and whats the H.P. for those of us that don’t know? Dan

well, it will be for sale when it’s done… as everything here has a price… lol

About the same size as my generator with a little less h.p… Should work well, good luck. Dan

Arvid,
Neat tractor, I have a massy harris that is 20 hp.
A Case for your next case 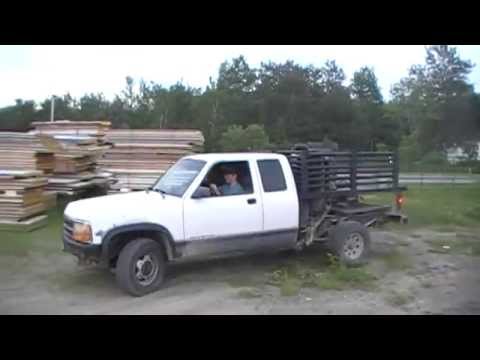 Well bring it on up…

My boss is already talking about getting a second one for me to work on… seems he thinks the case may already be sold… once it’s completed that is.

well my welding supply guy dropped off a bottle of gas for me… we do have a rental agreement with them. I didn’t realize what size of bottle we had and he brought a small bottle (22 size) instead of a large bottle (50).

He said just call when you need your big bottle and I’ll bring it… no charge for the small one… cool, I get to practice on his dime… I like that.

That said, i’d recommend Ian at UAP/Napa Air Liquide any day of the week as being good people to deal with.

Tell him to get two more Arvid. You need a shop tractor.

Oh, I need a tractor for myself period… I know more than a couple will end up being converted.

Playing with the new welder… Free helmet?? Dang, I need to talk with your rep…