No Weld Gasifier Design - aka. "Constance" 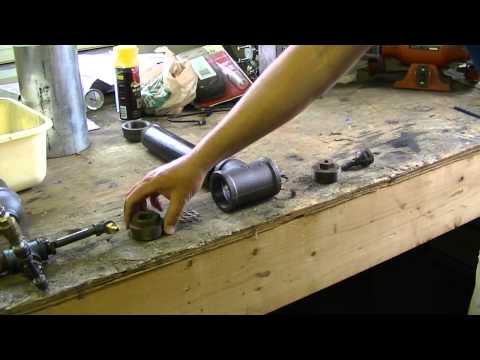 Many people would like to try building a wood gas system but can’t weld. Here is one option for getting around the problem. Affectionately dubbed “Constance”, this machine is built from just pipe fittings with a sheet metal grate cut with tin snips.

To read more about this gasifier and gasifiers in general go to: 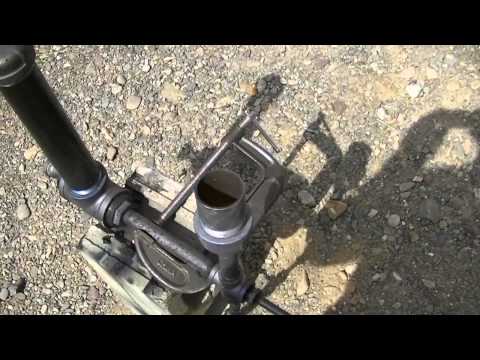 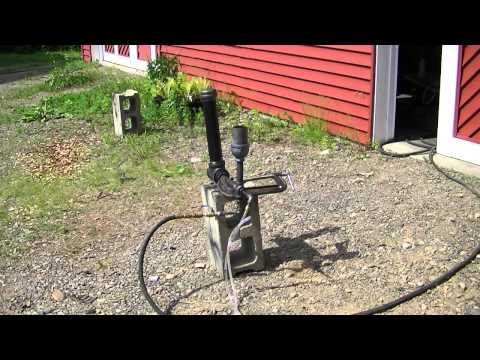 So, with a cross draft gasifier, do you have to tilt it to have the char fall out of the gasifier after it runs for a while?

No. The char and ash blow out with the gas. 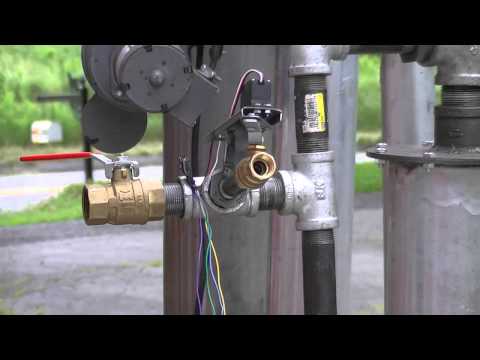 Good to see you on DOW

What Don and Arvid said !

Interesting. So I assume a cyclone filter would come in handy. I have been looking at all the hardware places around me and no one carries the 2 inch to 1/4 or 2 inch to 3/4 bushings. I suppose I’ll have to order them online.

Hi Bryan…I get mine through McMaster-Carr or my local plumbing supply house. Both are the same price after shipping.

Stephen,
Now thats a cool automation valve!
I was considering using an RC servo to control my mixing valve and just have the trimmer pot on my console and get rid of the cable.
Lots of potential with this idea.

Hi Wes. As soon I get past my two Makers’ Fairs I am going to offer an automatic mixer module for sale. I was going to have it working for the fairs but my voltage regulators have not shown up so I am freezing the design and getting some endurance runs in so there aren’t any surprises on the big day.

Morning All
For those of you wondering What the heck is StephenA talking about; and where can I see it??

This is where I drop in to read/see his works.
Net search just “northernselfreliance” or his name can bring up direct links to his youtube videos.

StephenA hangs a lot I think with the too quiet type Canadians, and others, often too polite to beat their own drums.
So like my friend ArvidO I’ll do some beating and bush shaking here.
S.U.

Stephen, How are or how did the blueberries do this year ??? I remember picking in July. Of course that was near 50 years ago. My double rotor unit built using trash cans can built without welding. Tin snips, aluminum foil, furnace cement, and stainless hose clamps cover most joints. Eventually I started brazing the hot connections. I still do most of my building with a small turbo tip and bronze rod. I use my welder mostly on the trailers and other steel items that need real structural support.
Hope all is well with all … Mike LaRosa

I for one am interested in one one these Stephen

Hi Mike. I am knee deep in blueberry season right now. I am trying to get 10 gallons in the freezer but life is having a way of getting in the way.

If you are in the New England area and would like to check out my systems, I will be presenting at the Dover NH, Mini Maker’s Fair on 8/23:

I will have all my small gasifiers; the Victoria, Isabella, Anastasia, and Constance there.

As Steve U alluded to, here is my website in case there are any changes:

Thanks for posting . Put it on them at the fairs !!