OBDII in our future?

At some point in time when all the northern trucks are rusted away and the southern rust free trucks are all worn out, we are going to have to figure a way to wood gas the newer OBDII vehicles.
I came across this interesting article about timing advance and OBDII.
http://maxima.org/forums/4th-generation-maxima-1995-1999/170454-ignition-timing-advance-vs-knock-sensor-operation.html
Especially interesting to me was the part at the end of the article about tricking the computer with a resister in place of the knock sensor. I think that someone with more smarts than me could come up with something that would allow us wood gassers to buy and run newer trucks sooner than later.

Don by the time those southern trucks are junk we will all be driving electric cars and charging them with our wood gas genorator.

Don,
Welcome in the world of OBD

Great find this article.
I am running diagnostics on my TATA over a longer period now, trying to learn from what i can see and feel during these drives.
Playing around with mapping the ignition and different settings is fun, but be aware… addictive…

Being able to control, by yourself, gives great results… especially when using woodgas as fuel.
It turns your engine from a pussy into a beast…
Its not only the knock sensor but MAP , Throttle position, Temperature, the whole shabang …
Ignition timing and mixture control are, however, imo, the 2 most valuable parts for us.
rule nr 1: know what you’r doing, learn from you’r mistakes

( mostly mistakes you’r not aware making them )
rule 2: Team up with another addict, you’l learn more, faster and make less mistakes…
IMHO, i would never again start with a car without OBD or electronic feedback…
Most important for me, i am still learning…

Dan, I have a 6 year old electric car, solar panels, and a grid-tie connection. I cook and heat water with wood gas so I can let my solar power stream into the Lithium Ion Battery pack. Most of the folks experimenting with emergency charging of the EV’s are using Inverter Generators because they produce a clean sine wave with a constant frequency. I have my eye on a new inverter generator I’m just itching to add to my collection. It is the Champion 75531i rated at nearly 3000 watts on gasoline, and perhaps I could squeeze 1500 watts on charcoal. Until it is well broken-in, I figure I could carry it in the trunk of the car, and run it on gasoline in case the range “guess-o-meter” starts flashing warnings. The downside is that one hour of charging will only get me 5 miles of additional range.

The easiest way is to change out the Map Sensor to one with different parameters.

Edit; I wonder if the Flex Fuel trucks would do this automatically, as E85 also requires advanced timing.

OBD2 can get get pretty complicated with all kinds of sensor inputs being used for all kinds of things. Could get frustrating fast. Some ECU’s want to know what the tail lights are doing before it’ll let you start the engine. I’d guess limp home mode would be the result of most efforts to “trick” a current ECU.

If I were to woodgas an OBD2 engine, I’d look at something like Mega/Microsquirt and run the ignition standalone and sideline the factory setup. When E-Test time comes and you need the CEL off, just hook up the OEM ignition again, reset the ECU, drive the 100 km or so right before the day of the test to get all the sensors reporting again, and you’re golden

Some cars that are popular for modding may already have a box of some sort that plays with the CPS output to allow timing adjustments.

Heck, I’d bet a “flex fuel” GM vehicle wood run great on wood gas and all you’d have to do is make the ECU think that the tank is full of E85 while running the wood.

For GM LS engine you can simply just get an MSD Ignition control box. This is offered from MSD to convert these engines to carburation. But I dont see why you couldn’t just plug this in place and bypass the PCM/ECU. The MSD box gives you full control of ignition timing and you can get different Map sensors for the LS based engines. The MSD does use the stock Map and Crank Sensor input. For the Map you could just add a additional one for the MSD Box. But the Crank sensor you would need to splice into the wiring so it outputs to both the MSD box and PCM/ECU.

Edit A little brainstorming here! Check this out, if the ECU does not see the crank sensor pulse it will shut down the fuel pump. So if you wired the MSD in parallel to the coils and had a bypass switch to switch the direction of the crank sensor feed back you could switch from ECU driven ignition to the MSD box and shut down the fuel pump all in one shot!! But that would surely set off the CEL .

The MSD would make it easy if you’re running an LS, I’m sure it would work fine. The ECU would be flipping out though with the fuel turned off and no ignition even hooked up LOL! The only issue is if running the MSD does end up affecting the ecu’s control over fuel and thereby affecting your ability to hybrid. Still would probably be just fine as long as you did not need a lot of Dino to get the job done. I wonder if automatic transmission control would be affected if the ECU is doing backflips?

As long as it runs, you’re good. Best to make it easy to change back for the test if applicable. I like your idea, if that panned out, it would be easier than doing OBD1!

I don’t think OBD2 will be any problem, the folks modifying said cars already have all the tricks figured out. Probably a few off the shelf answers already available.

https://splitsec.com/ These guys have all sorts of gizmos to defeat ECU’s. Signal conditioners, map clamps, voltage modifiers, sensor simulators. Probably a few answers right there, maybe someone already has an OBD2 ECU simulator that works, then you could just do whatever you want, then roll in and pass the test with no CEL, a blind ECU, and running on wood to boot!

Yeah I dont know what would happen, As long as it thinks its outputting ignition signals to the coils and can see the crank signal it should be fine. If Im remembering right it will also shut down injector pulse if it can not see crank / cam sensor inputs.

On the other hand if we cut off the crank sensor signal, the ECU basically shuts everything down so it can not self destruct. This is why fuel is shut off to prevent spark ignition at the wrong time and blowing big holes in your piston tops.

I need to refresh on the trans stuff, been a while. But I think this is controlled via a separate module the (PCM) and use the MAP, TPS, and other sensors. But from a programing perspective, the sensors we would be taking out shouldn’t affect things there. These particular signals would typically shut down the engine so the PCM would never look for those signals. A lot of guys are converting the LS motors to carburation and retaining the 4L60 / 80 E transmissions. I would assume they are simply eliminating most of the engine harness with the exception of sensors required to control the transmission.

IIRC, The -newer- US, flex fuel engines use a fuel sensor that measures the density of the incoming fuel, then advances the ignition and air fuel ratio based on this information, which works better for mixed tanks, and actually improves the mileage from E85.

If its just a 5 v signal we can easily fix that. Write some code so that when in wood gas mode, the ECM just sees the parameters of the signal when full of E85. Thinkin I need a new truck!!

Most of the folks experimenting with emergency charging of the EV’s are using Inverter Generators because they produce a clean sine wave with a constant frequency.

Does a clean synwave power make any difference? The cars all use pulsed DC internally to charge the battery which means it is going through a rectifier in the car. My hunch would be it wouldn’t make a bit of difference, The exception would be that if you can’t produce a steady current, it might think it is overloading the circuit and start backing down on power draw, which I believe that is all built-in.

Don by the time those southern trucks are junk we will all be driving electric cars and charging them with our wood gas genorator.

You might be driving an electric truck. They are coming…
Workhorse has one due for 2018, with a range extender.
http://workhorse.com/pickup/

Tesla was throwing around the idea. Ford supposedly committed to the hybrid. And it wouldn’t surprise me if GM did something beyond the limited hybrid they currently have.

GM Bolt 2017 has 238 mile range as an electric car that isn’t bad at all. I always figured I needed 200 miles when I drove 45 minutes to work in order to feel it was safe to buy the car and drive it every day to work. The price doesn’t look to bad either if you need a new car. 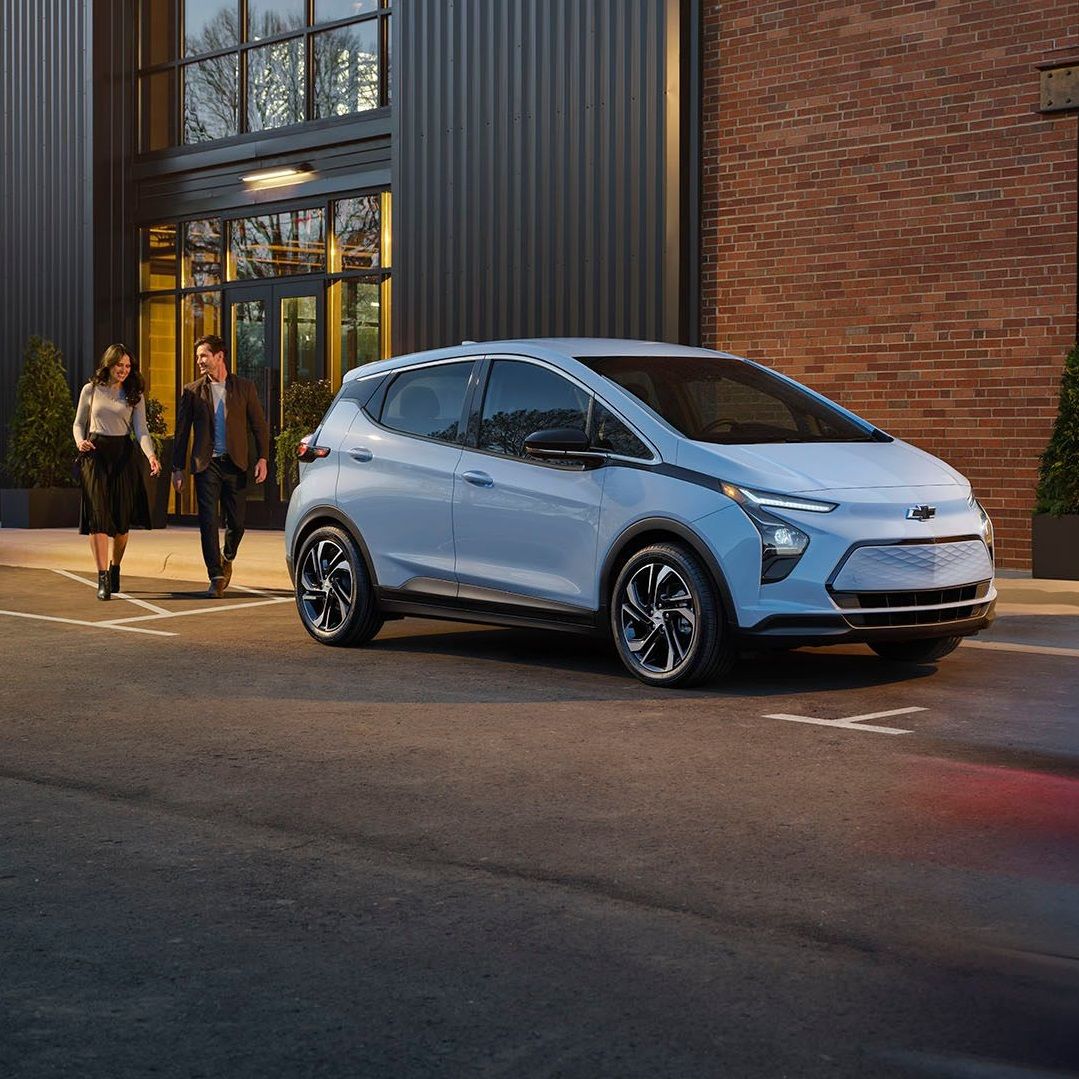 If its just a 5 v signal we can easily fix that. Write some code so that when in wood gas mode, the ECM just sees the parameters of the signal when full of E85. Thinkin I need a new truck!!

I don’t know what the signal is. I just remember reading about the sensor.

It probably is a 5v or 3.3v signal somewhere, but it might be converted to canbus on the device as well since all it does is spit out information. The computer I believe actually ignores it for things like starting.

I think most sensors are now 5 volt. Early on some were still 12 volt I think on very early OBDI but Im not 100% that’s true. If anyone knows better edumicate me.

Actually it is really good for a pure EV, but the release schedule doesn’t have it in Michigan until September. NH gets it a bit earlier.

I think Matt would actually prefer a truck. Just a sneaky suspicion.

But he might make a 4x4 mini-truck using the open source car design.

Im hoping GM does something with the Colorado and Canyon. Then we could take it further using a wood gas hybrid system to extend range. This would give you a lot of freedom on how you press that go pedal!!!

I think most sensors are now 5 volt. Early on some were still 12 volt I think on very early OBDI but Im not 100% that’s true. If anyone knows better edumicate me.