The shirts go to print on May 14th, to allow 2 weeks for printing. That means you must pre-order your shirt before May 14th. If you don’t I can’t promise you a shirt. There will of course be DOW shirts, hats and Gasifier Girls shirts, as well as some Argos 2014s still left.

Here’s the design. Shirts are $13.60+, depending on size. You can pay online via credit card. 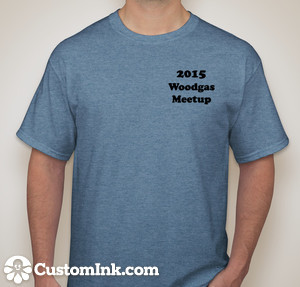 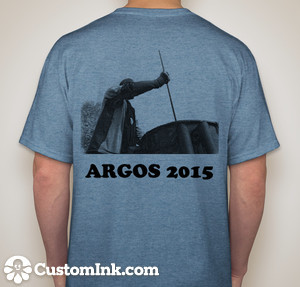 Do you have extra shirts from last year? I will take a couple more if that is the case.

Yes we do. Email me with sizes etc. I’ll have them ready at Argos. Sorry about that Jeff, I meant May 14th. Still plenty of time to order.

Where’s the pocket ??? A shirt is worthless without a pocket … LUV, Mike

I want a new one and an old one, both large, and a hat if there are any left.

I want a new one

and an old one, both large, and a hat

Plenty of those coming to Argos. I’ll set some aside for you.

P.S. Dang posts have to be at least twenty characters. How much $ for hats and last years shirts?

Only six shirts so far, and two of them are mine! I know there’s more folks that want shirts. 10 days left, put your order in soon…

Three days left… Order one if you want one. Remind anybody who might not see this post.