so you use a 440 to 48 volt 3 phase transformer to bring down the voltage that is aproxemet. then run the transformer through a full wave rectifier then to the batterys It may be more complicated but something like that. so how fast do you run the motor 1500 to 1800 rpm. sounds interesting. Thats about half throttle.

If you had a pellet maker like this thing, you could make a simplified gasifier to convert the fuel to char pellets on one process. Im certain I could build a version of my current reactor to bulk produce pellets. I think It would need to be bigger with more air in feed and a larger restriction. Automated grate will flow the charpellets into a collection bin. 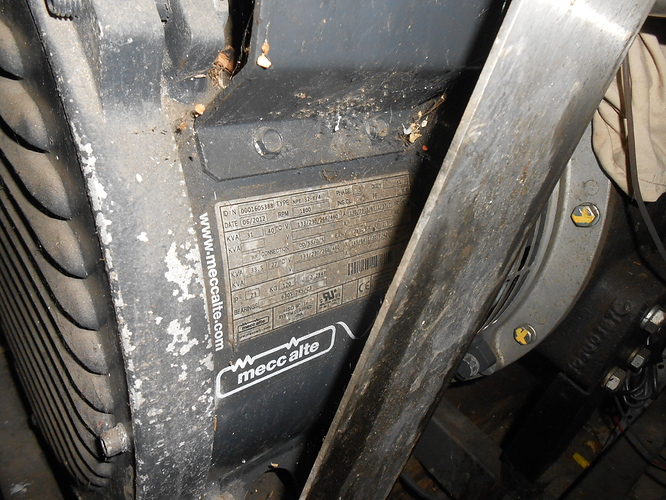 Charger is off lease , fork lift buyer refused to take it , so I got it cheap . 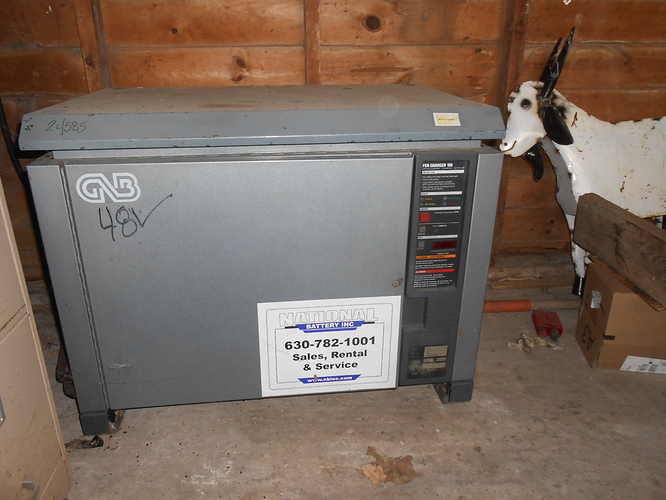 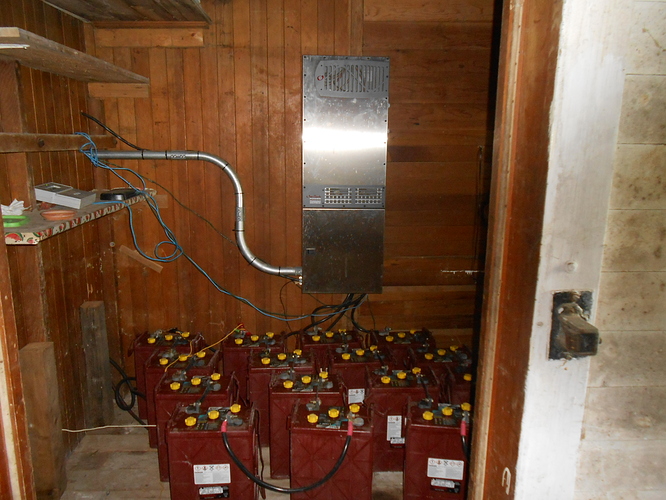 If you had a pellet maker like this thing, you could make a simplified gasifier to convert the fuel to char pellets on one process. Im certain I could build a version of my current reactor to bulk produce pellets. I think It would need to be bigger with more air in feed and a larger restriction. Automated grate will flow the charpellets into a collection bin.

Matt, I have seen that one a few years ago. Pelleting green wood? Don’t believe every video you see.

We all wish it was that easy just drop in green wood branches etc. and out comes pellets . If it was that easy i would have a machine tomorrow . but dont you think green wood would plug up the motor valves. as well as all pipes etc. by the way how did it chip up the branches boards and the worse of all the blocks of wood

Henry, Kohler and Kawasaki do make, sell and market currently available water /liquid cooled V-Twin engines in the power range you want.
You can search these up on Internet offered small engines for sale sites.
For a time APL/GEK did use this engine.

Another dandy is the small 3 cylinder inline Kubota water cooled natural gas engines.
Quite a bit more money but with Kubota world-wide service and parts.

Based on what I found online and YouTube, this company is out of business for 5 years.

The Kohlers are no longer in production. For now the left over surplus is available for a time, but eventually it will run out.

Yep. Yep.
Your Mecc Alta gen head picture shows SAE pattern flange mounting.
Better to spend even a couple of thousand more in a compatible engine able to do this than having to friz up a pulley/belt /chain/sprockets/shaft-coupler drive system. Ha! I know this one all to well.
S.U.

Steve I am not replacing anything , Just considering what I should have done . Did anyone pick up on using an escalator braking motor as a DC generator ? 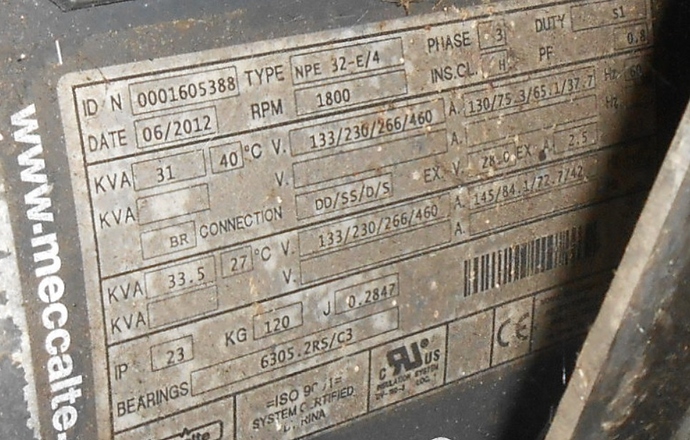 I would think you would want liquid cooled engine for combined heat and power ,

Been there done all that. Just use the cheapest engine you can find that will get the job done. Use exhaust heat for a simple hot water. Go to charcoal, build a system to make charcoal and produce primary heat.

Using a liquid cooled engine for heating is very complicated and you can not use all the heat from engine, you will destroy it. The engine must maintain 165*f to maintain proper tolerance. This leaves very little for heating, you then have pumps, fans, heat loss in transfer. By the time you reclaim this heat that reclaim is lost in energy consumption of the system.

For me there is a heater connection on engine and there is an auxiliary connection on wood gas boiler . Boiler shuts down at 180 f . thermostat on engine opens at 180 f . I guess I also need to stop flow at below 180 f . If it gets there . I should also use heat from exhaust . That requires a bit more then connecting an insulated pipe I already have an excess of .

Torrefied wood pellets were among the products discussed during a Feb. 26 hearing held by the House Subcommittee on Conservation and Forests, titled “Innovative Wood Products: Promoting Rural Economies and Healthy Forests.”

Michael Goergen, vice president of innovation and director of P3Nano at the U.S. Endowment for Forestry and Communities, discussed the potential to use low-value forest material as a feedstock for torrefied wood pellets during his testimony.

During his opening statement, Goergen discussed the purpose and mission of the Endowment. “The Endowment is focused on keeping forests as forests and supporting communities that depend upon them,” he said. “I’m focused on innovation in forest products because markets bring value to forests, and we keep what we value.”

Rep. Doug LaMalfa, R-Calif., discussed the Camp Fire, the 2018 wildfire that impacted areas near Paradise, California, in the north-north central region of the state approximately 90 miles north of Sacramento. He said hundreds of thousands of trees damaged in the fire must be disposed of. “One group is looking at creating a pelletized fuel product in order to further the restoration from Camp Fire,” LaMalfa said, noting that material primarily consists of partially burned and partially charred timber. He asked Goergen about the potential feasibility of the project.

“The good news is we can make these pelletized wood fuels from really low value materials, and I think that’s a terrific option for us in some places,” Goergen said. “The problem is cost—always,” he continued, noting that it is difficult to make wood energy cost effective with fossil fuels. Torrefied wood, he said, offers a solution to that problem. Goergen showed the members of the committee a sample of torrefied wood material, noting it was produced by roasting wood in a low oxygen environment.

The Endowment is developing a torrefaction demonstration project in John Day, Oregon, that is scheduled to begin operations this spring. In his written testimony, Goergen said the facility is the last stage in the Endowment’s and its collaborators’ efforts to commercialize the technology. In addition to proving the technology, the project is designed to help open a large-scale market for forest restoration residuals and open the door to development of additional carbon products that can be produced from thermos-chemical treatment of biomass.

Additional information on the hearing, including video replay and full copies of written testimony, is available on the House Agriculture Committee website.

It would be nice if someone talking knew or cared something about what they were legislating .
There was a law but that evidently did not mean anyone promised payment would ever receive it . 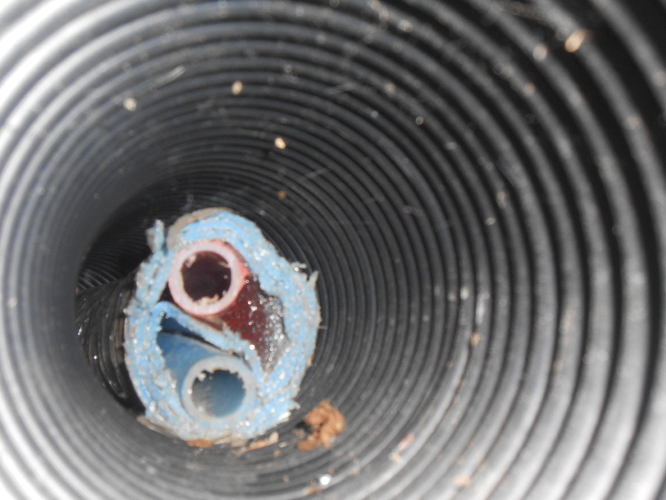 have enough of this 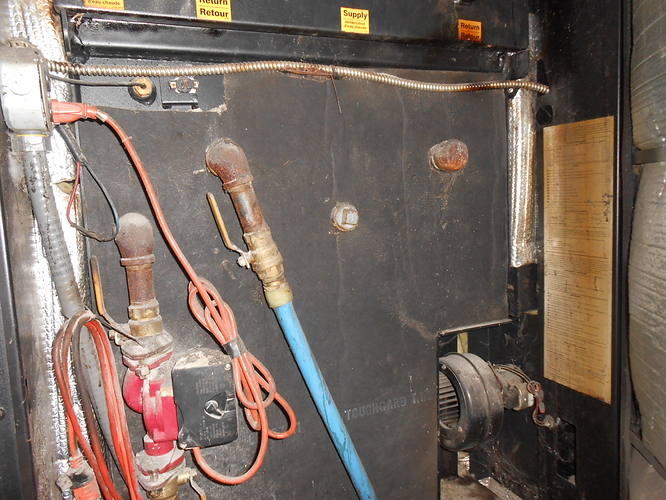 auxiliary connection boiler . 8 years still do not have wood gas generator working . then I will need to drain and refill hundred of gallons of non toxic anti freeze .

Glad to hear you are not replacing your 3.0L marine engine.
Your gen head shows to be an 1800 RPM version to make your 60 herz.
Direct coupled at that low of engine RPM and de-rated for wood gas you will barely make your 10-15 Kw/el.
And probably not even that running your four cylinder on only three cylinders.

I missed this somewhere back. Why not restoring full four cylinder power after your tarring recovery?
S.U.

What Steve said, I had GM engineers help me with the Italian machine and they have all the power curves for this engine. The guy I was working with was in RnD working with GM development NG powered engines including this one.

You would be lucky to achieve 10 kW reliably running on all four cylinders. That thing is way over rated.