And another what should be a straightforward nuts and bolts topic spun off into the strident religious-social-political dirt.

The ONLY valid reason to give the mouse the cookie in the first place is to make him thirsty!
Then thirsty, milk messed, go out and having real needs, that he can only get solved by working his own sorry ass off.

I love a good debate, or most any debate for that matter----so long as everyone can stay friends when it’s over. hahaha.

And I appreciate the help with the car question. Haven’t gotten to it. Heat’s been hitting me hard lately…We’ve been starting work at 3:30-4:00 AM to beat the heat. I am nervous about pushing it too hard with this concussion business…Was down for 3 weeks until last week, so haven’t gotten back to the van yet…

With respect Billy North “debating” on a social network is poisonous.
And this IS a social active network.
Last-man-standing rules; suck for polite INTERCHANGES.
Yeah. Yeah. I know the belief that peer-review as in trades-journals, and publications is what rules here. That the TRUTH will eventually surface out.
But even there that is not true!!
A quote from a very prominent 20th century scientist; “Truly. Science advances one burial at a time.” What he was saying was that until the previous-believers/nay-sayers has mostly actually died off then the new idea would never reach common acceptance.
I do not. Will not debate. I will not be cheap entertainments. I will not be the one to pull the fire from the DOW as had happened to all other previous woodgas groups.
Because that is what debating does. Flames up so high, so fast, that the involment-energy is spent out in one big burst. And members DO get mad, disgusted, quit and walk away.

I hear ya steve. agreed. we don’t need to do that. I know they are dangerous. I do find them intellectually stimulating, but you are right, debating has its dangers. Can destroy relationships pretty quickly sometimes. Even the Bible counts “debating” as a work of the flesh…

Amen to that Billy.
Bob

“debating” on a social network is poisonous.

Best post I’ve read on the net ! ! Should be pin posted on every forum.

With respect Billy North “debating” on a social network is poisonous.
And this IS a social active network.
Last-man-standing rules; suck for polite INTERCHANGES.

I have been discussing various topics online since 92. What makes it poisonous is when people can’t hold their own in a discussion, then have to resort to various tricks like reciting childrens books or going on a rant to scroll the forum to cover up their mistakes, instead of listening and learning or just being manly and stand corrected. Therefore it isn’t a discussion, because it isn’t a two-way exchange of information. Some people are not capable of an actual discussion as they think they are right all the time, and they also tend to get the most upset when they are corrected. it is like trying to have a rationale discussion with a drunk at the bar.

Maybe the “of topics, political inspired vents” should be selfdeleting after some time ?
Sometimes a good rant does the trick, but not when it sparks a debate…

A ranting topic that deletes after 3 minutes ?

Discussions that lead to no solution corner ?

In my experience: if you don’t let grown ups race on the track, they will race on the street…

The problem I have seen with forums that have a political section is that you get trolls who only visit for the political section and it becomes muck hole. I think Chris has done a good job so far trying to keep this place somewhere we can all come to get advice and help with DOW. I think we need to keep it more focused on that. When I have wanted to have a more detailed discussion with somone about something else I find limiting the discussion to one or two people with a private message works better it avoids the public fireworks which have a tendency to burn forums.
There is a tractor forum where I get advice on repairs to my equipment but I find the political bickering there even with a dedicated section spills over soo much I don’t go there unless something of mine is broken and I need advice or parts which means I don’t contribute to helping others there much anymore. I find that sad. I know when the time comes that I convert a tractor to DOW I want a place to go for advice and to post about it.
I also know we are a group of people with alot of other issues we agree about and wanting to discuss those issues. I hope Chris continues to find a ballance that works.

I’m glad you guys are aware of these issues. It makes my job easier… I try to walk a fine line between clamping down on all the inflammatory posts, and just letting it run wild. Self-policing is much better for everybody, so thank you!

Since probably some newer folks have not seen them, this is a good spot to post the forum rules. Debates are specifically addressed.

Thanks for the link

Billy, I have 1 place in Bend, Or. and another place in Myrtle Point, Or. I’ll leave when it gets too dangerous here.

MICE, did somebody mention MICE? Here is a link I’ve been meaning to drop off for a while. 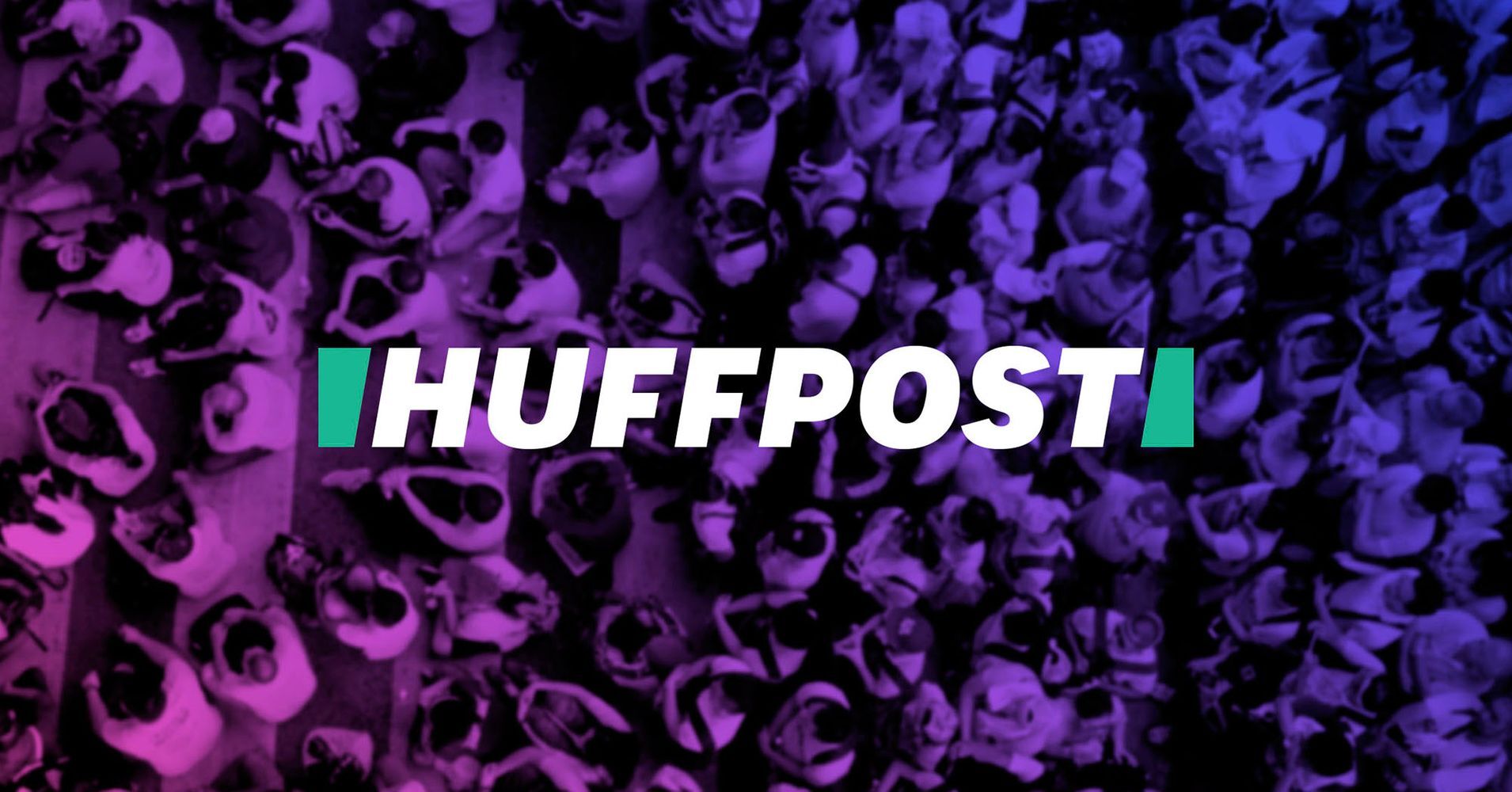 OK, No ranting here. News from flyover country (Indiana). If you come here, you will find a job. It will not pay a fortune, but eventually you will be able to afford a small property. Fixer- upper homes are cheap compared to most anywhere, and the taxes are not overwhelming. If you are skilled, you can find a better job, If not, there are lots of tech schools and state colleges to choose from. Lots of construction going on. Last year, they did not even shut the gravel pits down mid-winter, they just keep those trucks a rollin’. If you can get a class A CDL, They are crying for drivers: Gravel trucks, roll-off trucks, concrete trucks, school buses, over-the-road trucks, etc. etc. “Now Hiring” signs everywhere. No regular folks getting rich here, but few homeless / jobless / starving people of average ability able to be working. Mental illness / addictions / disabilities not what I am talking about here. “The poor you will always have with you” J.C.

Well said Mike, glad to hear there is good jobs in your area too.
Bob

There are jobs all over the country, the unemployment rate has steadily declined since 2010 when it was at 10%, it has continued to decline. It was 4.9% in january, and now it is at 4.3% in the US. Germany and the EU have seen similar improvements.

In the US we replaced maybe 50k coal jobs with 300k jobs related to renewable energy. (solar is 200k+ and wind is over 100k, plus biofuels, vehicles, batteries, new power lines, etc) Then you have decarbonization from all the NG jobs as NG has taken the largest dent out of coal like 20+% of coal marketshare.

Now we do have coal areas that were hit hard, but part of that was the hold up in “emergency relief” funding by the Republicans for coal areas like Ohio, WV, PA, Montana, Wyoming, etc. to help create renewable energy jobs in those areas. As soon as the election was over, the relief bill was passed.

The side effect is it push pressure on the oil markets to lower their prices. So you get your 300 dollar rebate 20 bucks at a time at the pump, or just lower cost of goods like food in general. And we spent far less money, then we spent on actually issuing a 300 dollar rebate especially when you start including costs like reduced employment pay outs. It also increased manufacturing, less regulation, more independence, etc. pretty much right down the list of what the Alt-right wanted.

Jokes aside, a lot of people dreaming to go work and live in USA, i just need to learn why… ( besides the good folks i meet here on DOW… )

The grass is always greener on neighbours lawn. People here all dream of working in Germany and Austria, many went por and came home broke. A handfull sucseed but at witch price?
Leave home, family, friends to earn 5x the money they wuld here, with a double amount of work as here, and then spend 5x more they wuld here. Some work all week in the northern countrys, eating bread and water while working their ass off, then come home for a day of two, looking 80 years old, kids barely knowing them… no thanks.

Kristijan,
Indiana is more like your land of Slovenia compared to the “Germany” of the California coast or New York City. That is why we are called “fly-over country” in the mid-USA. Except maybe for Chicago, but even there it is too busy and too expensive. Most people from other countries when they think of the USA think of the big cities or the “Cowboy” west. We have many immigrants in Indiana, the best off have been trained (maybe in their home country) in the medical profession.

I also sometimes wear that sign that Koen mentioned!