They’re made of sheet steel, looks like 14ga or maybe 12ga. I would put it in to build up ash. They’re about 8" at the bead seat and 6" in the center, I had thought about using one in a 9" diameter tube.

Maybe just the binder that holds the silicone carbide grit together isn’t able to stand up to the temperatures found in gasifiers.

I did not want to be a party pooper but I kind of that that was going to happen.

The binder is designed to be flexable and allow some stretch and shock resistence.
Its probably something with a rubbery quality to it that melts.

But it could have gone the other way…
Somethings you would never expect like never seize will become super glue when heated beyond what they were designed to do.

It could have gone one way or the other.
Might turn out there are some good binders out there that don’t; degrade but cook down to super glow too…

Might turn out there are some good binders out there

Right. Morgan makes silicone carbide foundry crucibles. Sometimes when you get one that has too much glaze on the outside it will run down and stick the crucible to the stool. Makes an orange hot gooey mess you don’t want to deal with. Others make SiC thermocouple sheaths. I think if one were to cut the end off one of them it would make a good nozzle. I just have to find the right shape in a high temp application. The right Leggo…

You never know unless you try Rindert. For a stationary system where a little extra weight is not a problem I think refractory is a good material. I used it as the base for my reactor in my first unit and it has held up fine. I would be good if you could find a way to reinforce your present restriction to see what could be done with that kind of material. 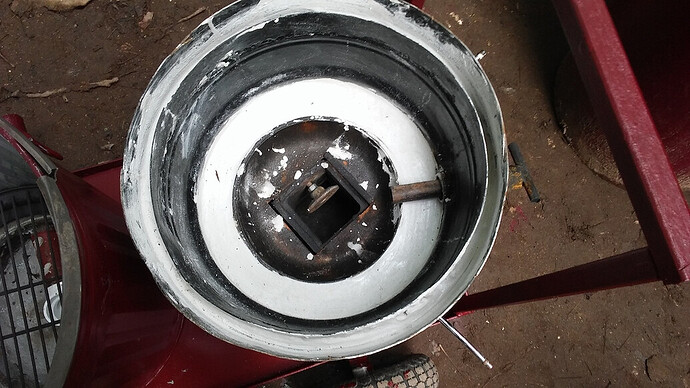 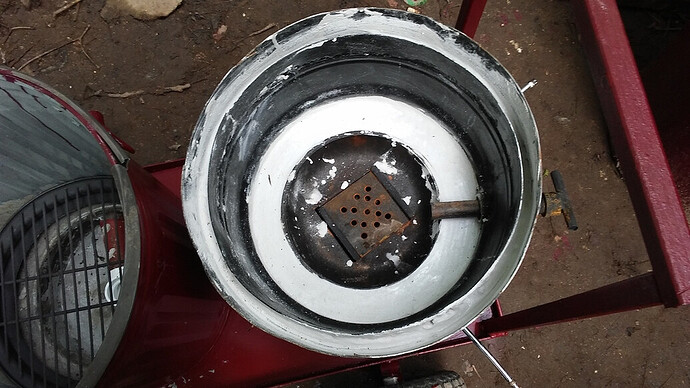 I was intriged to see the castable refractory. I wonder if anyone has tried ceramic sandblaster nozzles for air nozzles?
Kent

Some of us have been using these for nozzles Kent. The will slide tight into an inch and a half sch 40 coupling. Aussie Dave has been using the same nozzle for years without any problems. 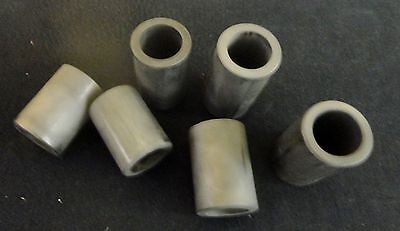 One end witnesses the cut. Hexoloy® SA can be produced in various complex shapes or tiles, which can be ground and finished to close tolerances. Hexoloy® SA SiC's excellent erosion and wear resistant properties make it ideally suited for the most...

The ones I had were a press fit into 1.25" sch40 pipe. Maybe they vary in thickness. I also filed away the weld rib left on the inside of the pipe.

This stuff is so tough it actually shaved away the high spots in the pipe. Pretty nuts.

If you can’t find anything ideal for a restriction I can always search for some of my spare bearing races. Weld them together, very high quality steel and fairly thick.

Hi Rindert, this will be my limitation, the bearing ring welded to the plate, just like Cody says 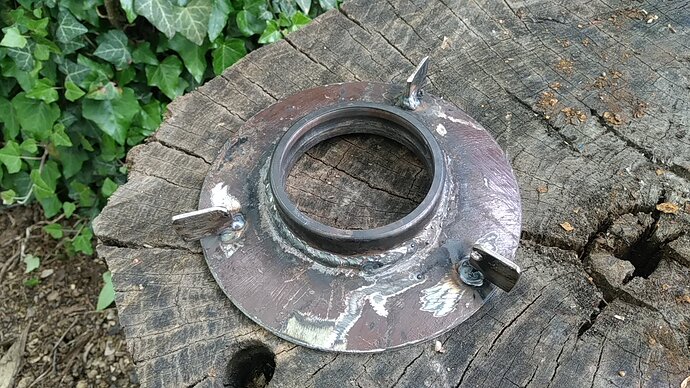 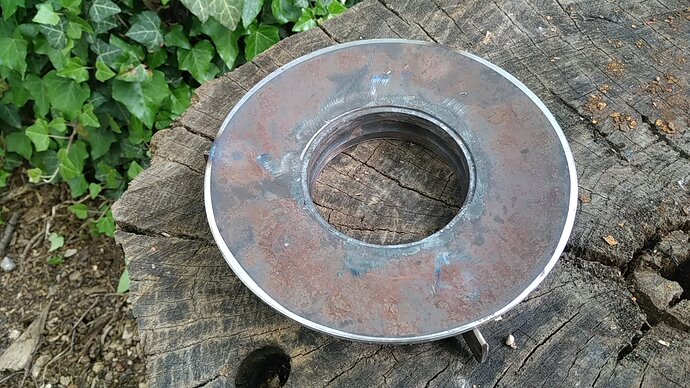 Must be, Cody because the four I bought are all 1-7/16 OD. You do have to grind down the threads on the coupling a little to get it in.

Thanks Cody, but I have a huge pile of scrap. I’m sure I have some bearing races in there. But thanks for the tip.
Rindert

I was intriged to see the castable refractory. I wonder if anyone has tried ceramic sandblaster nozzles for air nozzles?
Kent

A while back I bought some Chinese made INCONEL alloy barb fittings on Aliexpress.
They were dirt cheap and functional.

Think I can find more now?
( probably a supply chain issue since the best alloys are made from electrolitic or better and these days they made more Pig nickel than anything else in China and India )

Here I am trying to use @KristijanL’s idea of a nozzle ring that can be raised and lowered, by cutting and rewelding a pipe. [Ref] I have angled the nozzles so that they create a whirlpool. The idea is to use the momentum of combustion air to make a larger volume reaction zone during high flow conditions. It is hoped that this will reduce the formation of clinkers, which are ashes that have melted and fused together. Has anyone tried this before?
Rindert 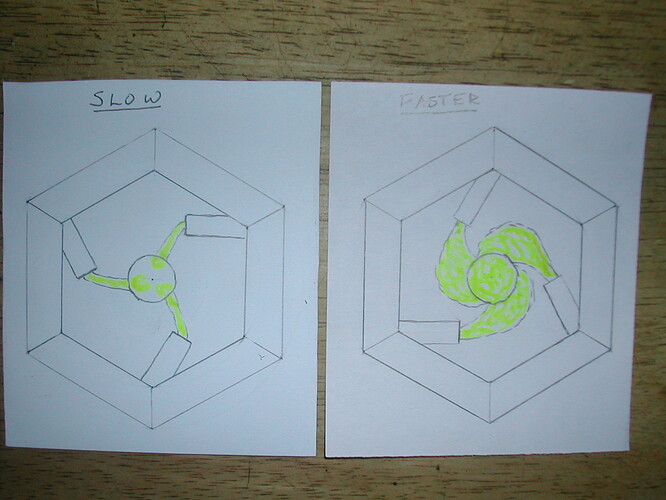 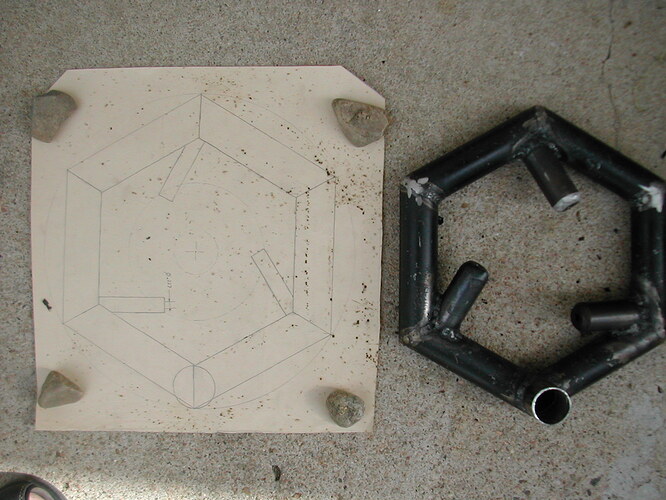 Good idea to put stones on that paper to keep it from swirling away!

I like your idea on paper, but now fill it with pieces of charcaol every where. It might stop the swirling action because of charcoal obstructions. Or maybe not, the swirl will just move slower in that direction going around the pieces of charcoal.
Bob

the swirl will just move slower in that direction going around the pieces of charcoal.

It’s worth a shot, will it be removable for maintenance or welded in?

removable for maintenance or welded in?

Removable.I’m planning to make so the nozzle ring, the restriction, and the grate can all be taken out and cleaned, inspected repaired/modified whatever. I’ll make a sketch tomorrow. Tired.
Rindert