It was Argos of last year the last time I ran this generator so I thought I had better fire it up and let it run a little while. 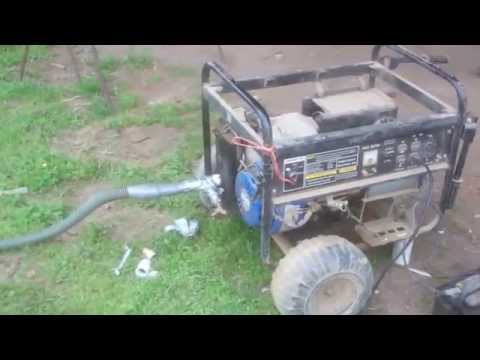 Did you change timing on the generator?

Yes the timing has been advanced .

HI Wayne,
How do you change the timing on that type of engine?

I removed the fly wheel and cut a new key way in it .

It will no longer run on gasoline .

Thanks for that info Wayne. How many degrees, about 20°?

I filed the new key way as close as I could to the original and I would estimate somewhere near 20 degrees . I’m not sure the L shaped key would be enough advance ?

The below sketch shows what I did.

I was afraid the small area between the two keyways would bust out so I cut one key down to half it’s height and placed it in the original key way.

If for any reason I need to run the generator on gasoline I would be required to pull the flywheel and switch the keys . I think I recall that some small engine guys use an arduino chip to advance the timing electronically too. Just another option.

You do not really need a key if you lap the flywheel to the crank with some fine valve grinding compound ( old racing trick ).
Once the surfaces are lapped together they will not move after they are torqued. ( note I said torqued not gooned on with an impact or guessed at. These parts are Chinese Iron and should not be stressed or they could crack )

If you can find a14cc clone head from a GX160 and run about 25 BTDC as a starting point this combination will work better than timing alone ( or trying to run more timing ).

Flywheel safety:
DO NOT beat, heat or yank with any sort of puller in a cast iron flywheel.
Use any sort of jaw puller and you are playing with fire.
It’s easy to pop these off and no real pressure is needed to pry them up.
There is a tool called a flywheel knocker you can buy if you want to do this more often 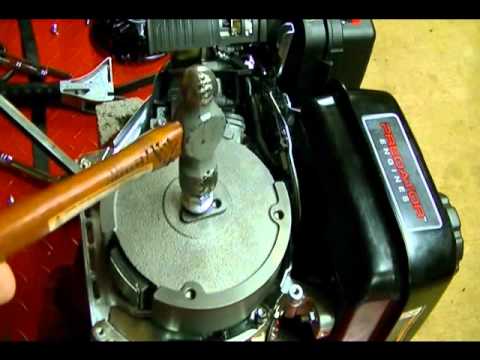 Wallace, my knocker showed up two weeks ago. I was thinking about removing the key and now you say that it can be done by lapping…! So go to the part store and get some kind of lapping compound and apply it to the shaft and flywheel and turn it around and around some…??

Yes it can.
You want valve grinding compound.
This is exactly what you want to do. 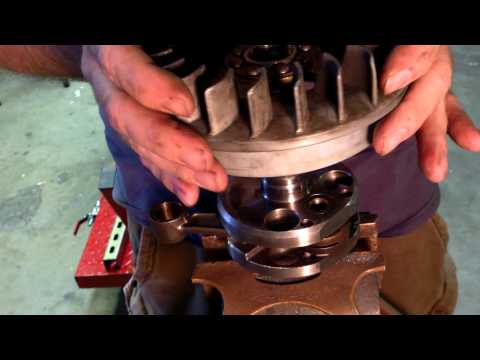 You are going to need to buy a cheap timing light too.
These videos will show you how to find TDC and mark your flywheel. 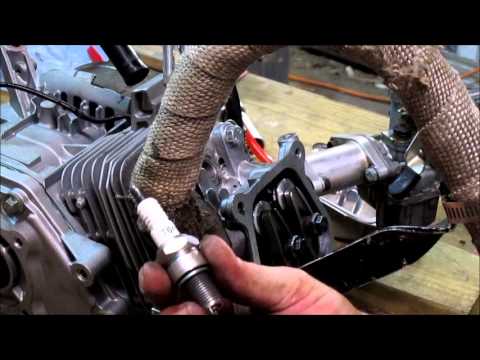 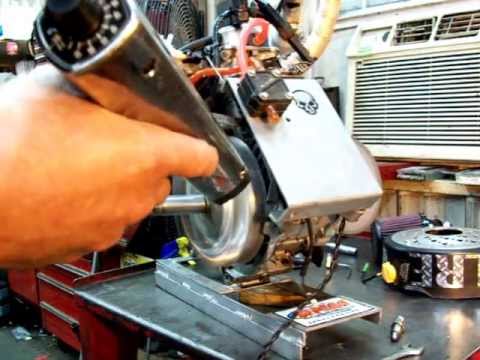 I like to use a “brass” head hammer to strike the nut/crank. Or get another set of hands and have some one hold a brass punch or I also have an aluminum bar that I use as a big punch. Less chance of damaging the threads on the crank.TomC

Some times i put a plate under crank case too keep from busting through the case,I dont do much small engine work either or would get more pullers allso.The sand seems like a tuneing plan,Thanks

While I am at it Wayne Keith wanted to preserve the ability to burn gasoline.

The amount of advance I suggested with the 14cc head ( 25 BTDC timing and about 10:1 compression ratio) will still run just fine with gasoline.
You might even get away with 89 octane, but I sugest 91 octane just to be safe.

Shrinking the size of the combustion chamber by going to the 14cc had from the stock 22 means the producer gas needs less lead time for the flame front to cross the head on the power stroke so you need less timing.

If you do not have enough timing timing your exhaust temperature and head temperature rise.
This is wasted power and fuel as well as hard on the engine.

If you live near a kart shop you can buy specially made keys to give you the timing advance you want up to 8 is common and they are cheap ( also fool proof ).

Real good information , Thanks much for posting.

Honda introduced this new series of ignition a few years ago.
It can be adapted with very little effort to clones and as you see by the chart it retards timing at start up but pull the timing up as the engine accelerates ( this sounds confusing confusing but its timing advance in the end )

Here is a timing curve, sorry for the German I did not really look that hard to find this. Stock clone ignitions are static and maybe even worse retard as RPM increases ( but not so much to be an issue with a producer engine ).
At 7000 rpm the retarded clone ignition is a problem but we are not racing here lol.

Sorry about that.
I might get in trouble for this, but the look of some of these nordic languages leads me to think they are German.
I should not jump to conclusions.