I’m thinking about a 500W inverter-generator made from an alternator that is setting on my shop floor, some super caps, clone engine and a pure sine wave inverter. Not much need for large wattage these days. Look how the smart phone replaced the clunky computer and TV. LED lighting, tiny houses etc., etc… 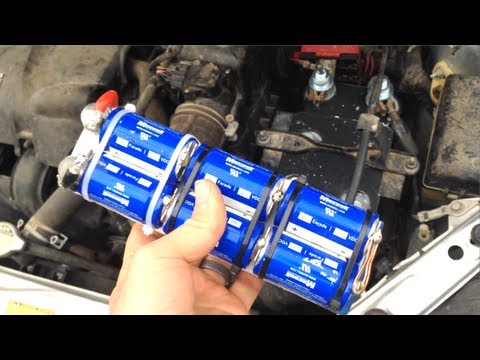 Im thinking about a 500W inverter-generator made from an alternator that is setting on my shop floor, some super caps, clone engine and a pure sine wave inverter.

You can do it.

just a warning(if you don’t already know.). Caps don’t quite add up like batteries do. Nor do they discharge the same way…

On the bright side, they will smooth the current in the circuit quite admirably eating up output fluctuations from the alternator maybe due to engine speed, sort of like an electronic flywheel.

The even brighter side is the price of full sine, and even grid tie inverters in the low-end 1kw range dropped considerably from amazon.I hadn’t noticed…

I wouldn’t go down this road. A car battery contains roughly:

I think the math is against you and so are the financials but it sounds cool. A single deep cycle 12 volt would outperform the supercaps cheaply. Totally agree with you though. The world is undergoing fundamental changes. When I hooked up to the grid after 6.5 years off what I really wanted was 200 watts continuous not the 240000 watts on demand they hooked me up for.
Build it, go for it… David Baillie

The caps make a nice flywheel and store some usable energy. They also make nice hand grenades… At least 30 years ago they did.

I use pull starters so no need for starter battery.

This is a set of six Maxwell 350 Farad caps in series to make a high quality capacitor module with voltage range 0-16V and current capability of over 300A, This module uses heavy copper plating as conductors between caps, with about 10% of the resistance of a PCB. It is sealed and water resistant.
Intended use is for assist in engine starting, it can be added to your car or truck battery in parallel to give much better starting Current especially useful in cold temperature environments.

This case is also the correct size to replace batteries in most dirt bikes. As a bike Battery replacement it works with all engine sizes, the cranking time will vary by engine size, a Honda CRF 230 gets around 12 engine starts when immediately cutting the engine to prevent recharging. And a Honda CRF 450 gets around 5 consecutive engine starts which is better than most batteries can do after they are a year old. The capacitors can charge from dead to full in less than two minutes in most bike applications. See video
In addition to the added performance these caps do not degrade like batteries, so lifetime is expected to be 10 years at a minimum with 500,000 cycles and most likely over 15 years. 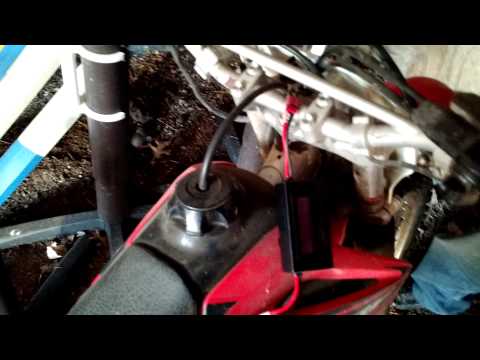 Another great application is replacing lawn mower batteries! lawn mower batteries tend to sit several months out of the year and with that and a combination of general poor quality compared to automotive batteries they don’t last long. Also lawn mower bateries are not sealed and chemical leakage causes bad corrosion of terminals. Capacitors make a great long term solution. check out this video: 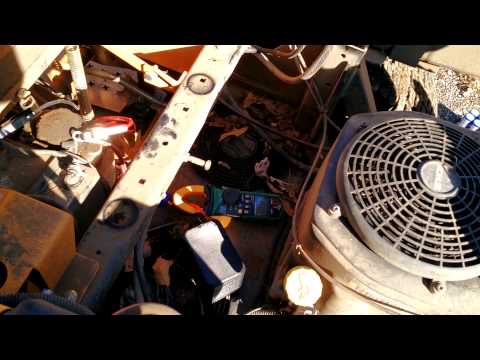 Before shipping all units are cycle tested and bleed down tested to ensure proper cell balancing.

you get your choice of connector, comes with 4 inches of wire and either end terminals or EC5 style connectors as shown.

The all up weight is just over 1 lb
currently available in black and blue, please specify your choice.

Caps don’t store nearly as much energy as Stephen mentioned. it is like 1/10th. It is available -faster- and it stores quicker and has a lifetime of over a million charge cycles vs a Lead Battery which has I think around 700 for the Rolls deep cycle and you need a charge controller to limit charging, and you don’t want to discharge them too quickly or they blow up.

I don’t think supercaps work well as bombs. The old oil filled capacitors have a far lower capacitance (like 1/1000th), those are your start/run type of caps you see on electric motors. The oil is the insulating layer and chases the air out. It has mostly been replaced by plastic or epoxy. You can still buy them, or even make them if you want.

Capacitors also have a fairly high leakage rate, so like in the car video, he had almost no charge left after 3 days which means if you mow once a week with your lawnmower, you basically have to jumpstart it every time.

Caps don’t store nearly as much energy as Stephen mentioned

Sean, it’ll mainly be used to buffer energy between the alternator and the inverter while the engine is running. Any storage is a bonus.

It will work perfect for that. It should help a lot with surges. Check the output voltage from the alternator at various speeds. There might be a shunt or a buck converter in the voltage regulator to knock the voltage down to ~14. I don’t know what happens if you go overvoltage with those (16.2v).I assume the audio battery pack has some protection. Some alternators have the Voltage regulator in them so it might not be a concern (unless you meant by pull, as in you pulled it completely apart, and that is why it is on your garage floor.

Sean, I agree. When I have the time I’ll check out the details. I liked the enclosure and bus of the above product but I might end up assembling my own. Maybe add an extra cap or two in case of over voltage. I don’t see a problem with lowering the individual cap voltage a bit for safety.

adding extra caps lowers the capacitance. although i suppose you could add another string parallel to it to bump that back up (in parallel the capacitance adds together) but that gets expensive.

They don’t blow up like batteries. They do fail if they go overvoltage but they just leak juice and bulge out. They are designed to fail safely.

with a 13-14v auto regulator, you are fine. 6 in a row (which seems to be a standard config) is actually 16.2v. There can be some variance between batches. I was thinking it was 10% so 14.4 is playing it safe if it is 10%, 13v is 20%. I was more worried about the alternater with no regulator. I am not sure how many volts those pop out at high rpms.

I am not sure how many volts those pop out at high rpms.

Had a voltage regulator go out on my truck one time on the interstate and it looked like I could light a small city up.

Burnt the fusible links out but it was a good show while it lasted.

Well I know.
Most automotive alternator systems w/o voltage regulation ussally top out at 60-80 vdc at high driven RPM under a system low amp loading. Amp draw loading will bring them down some. Still a wound designed 12 volt system intended alternator too eaisly makes 18-28 volts DC. This is EEPRM erasure voltages!
Older brush type segemeted commutator generators were eaily unregulated able to be spun up to make 115 volts DC.
The point types voltage regulator contacts in these were upper/lower dual curcut make-break types. One side able to actually clamp shunt the field’s circuit to ground base to tamper it down from armature induced magnetic generation .created in the field set.

Just knowing from doing this for 30+ years.
REgards
Steve Unruh

Much cheaper then replacing the whole cap array.

You lose maybe 1% in efficiency but with a 97% efficient inverter. You are well ahead of most solutions as far as having to gofer wood.

I wonder if alum would work with home made caps,john bedini uses alum on all his kidi car battery liquid replacement,or home made batterys, as they dont sulfate ,when battery sitts too low on volts, only draw back you loose a few volts going with alum over sulferic ascid, just add the extra cells when designing.He uses his bedini charger, simular too a tesla charger,paulse chargeing,hi volts.My brother built a few bidini chargers,as he lives in Kansas and they have power outage’s there at times of heat allso.

I wonder if alum would work with home made caps,john bedini uses alum on all his kidi car battery liquid replacement,

The alternator is a one wire set up so it has an internal regulator. Maybe I’ll remove the bridge and regulator for cooling. Gotta go…

The bridge has too be there for dc current,or mounted in a box,with a fan in it,the alum i havent really fully tested,all hear say.

The bridge has too be there for dc current,or mounted in a box,with a fan in it

Right, just getting the stuff out for cooling and keeping an eye on them. At least to start with. Maybe the engine could run a small cooling fan. At start up I’ll by pass the regulator and bring the zero voltage up slowly. We don’t want to burn our clutch up getting the flywheel up to speed, so to speak.

Still think I’ll keep the caps… Spent at least a few hours reading some information about them. I’m starting to go cross eyed… Still leaning toward building my own bank of caps, just not sure about the balancing.