I am not home yet, but the community organized a welcome present for my return…

Can’t wait to get home… 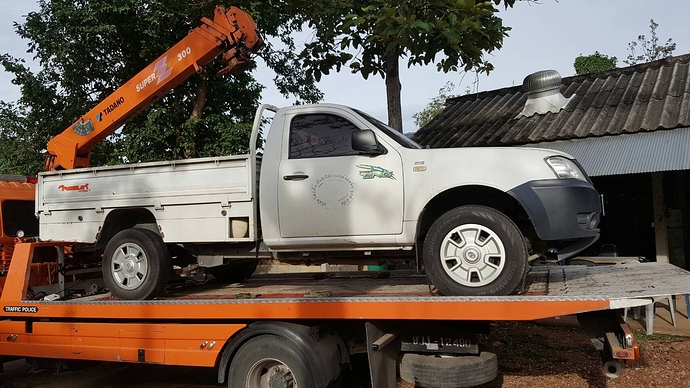 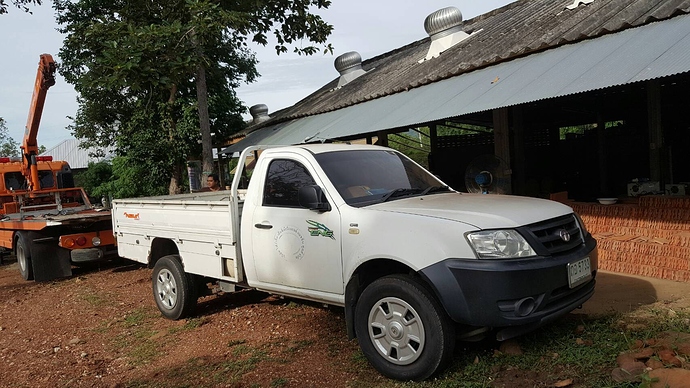 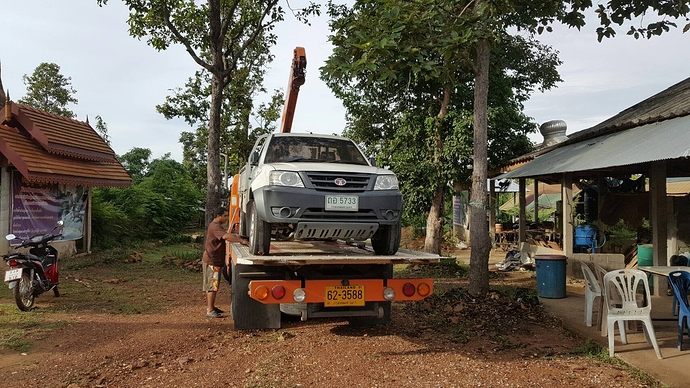 Keon, what a wonderful community you have over there. You are probably the only one on DOW that has a group of neighbors that are working with you on Gasification. Government and citizens supporting you and your wife. Good Job. You and your wife are true leaders, leading the way in Gasification for your country.
Bob

Congratulations Koen! Really great pickup for gasification. I like the four valve and the 12:1. And you probably even have a plug and play gizmo for the computer, right?

Kristijan, I had problems finding a pickup too. Not many left of the rabbits. From 96 to 02 there are Skoda pickups, but they seem to rust away even faster and they are often diesel.

What year was it built? The computer should like wood gas if it liked CNG.

i have no idea yet, away from home for another 600 km…
been on a short trip into Laos the last 4 days

but i am eager to find out…

yeah, i hope my gismo’s fit, still waiting for the “pro version”

Keon, I love the drop bed sides on your truck, a beautiful truck for sure. You can just hear it screaming to be gasified. GASIFIE ME, GASIFIE ME. Congratulations. Keep up the good work.
Bob

What a beauty.12:1 CR is great! I’m so excited for you, and for us because we learn so much from your projects.

Is that a (or a clone of a) Toyota pick-up, aka Tacoma/Hilux?

Nope, its just a TATA, brand from India… cheap , unknown if lasting quality ?
Monday i will be home to give the truck a good look, under the hood and the rest…

Yup, the first look under the hood and comparing sizes with the small Tuk tuk

The engine has 260.000 Km on CNG only, 6 years old, coming as a gift from a company.
Has brand new tyres, but was not able to start any more…

Truck has 3 large CNG tanks under the bed, totaling about 250 Liters
Consumption should be around 12 Km per Kg CNG, have to look into conversion liters to Kg…

Size of the loading bed : 2.5 meters long, 1.7 meters wide, huge compared to the little one…

My first checkup revealed: Rat or rodent damage to the cables at many places.

CNG comes over a common rail, constant pressure, and get dosed in the manifold by injectors, one per cylinder.
After recharging the battery and removing the sparkplugs, checked for compression: all 4 cylinders have about same, 180 Psi

Ignition is per digital ECU, coil plugs per cylinder 1 each.
Throttle control by wire
No sign of Map or Maf sensors, no sign of air temperature control sensor

Work to do yes, but feeling confident to make it run… 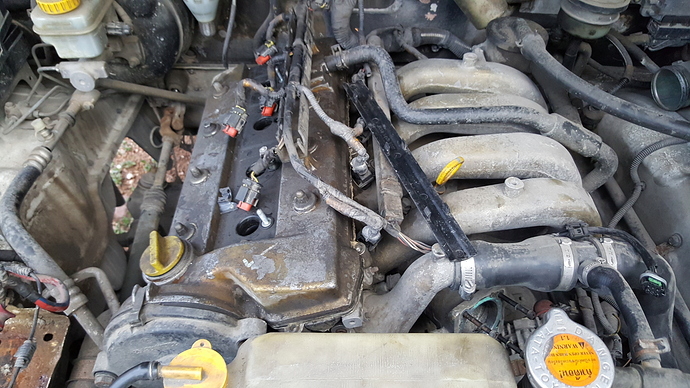 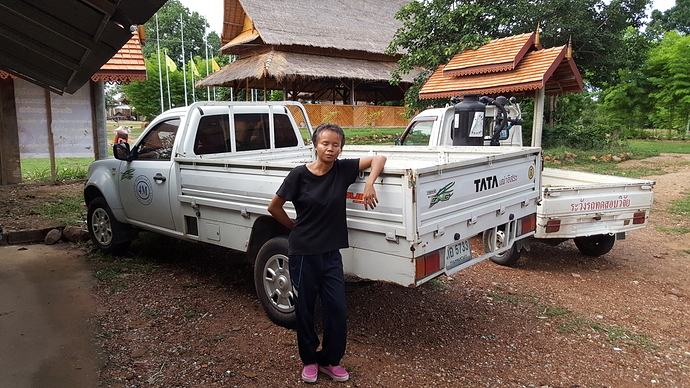 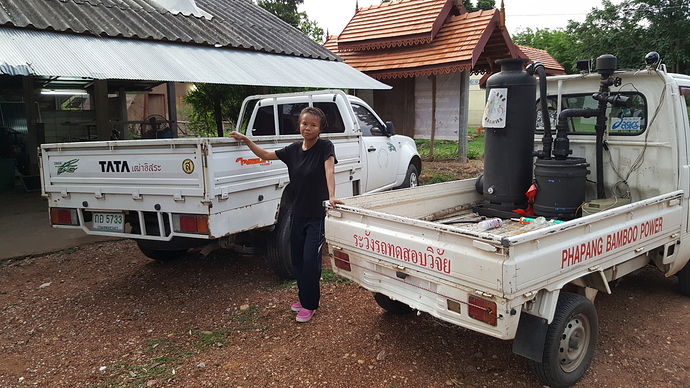 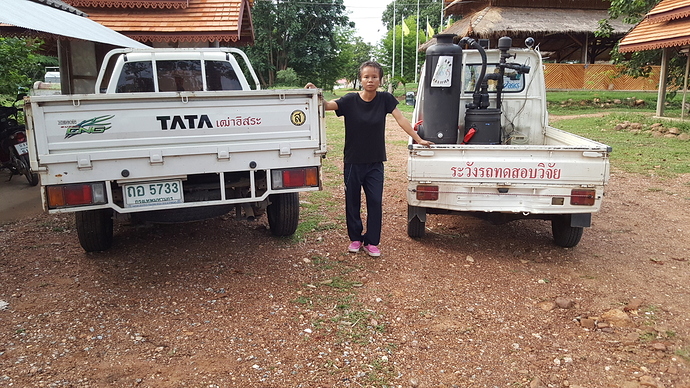 Now that is a nice truck. You probably already have a gasifier built to go in it. lol. Things are looking Great for you two.
Bob

Here a little look on the live readout from the ECU, running on CNG, but soon on charcoal to be.

Notice the spark advancing or retarding

Testing period now to see the roadwordy and the engine performance, compared with the fuel usage for a future base line. 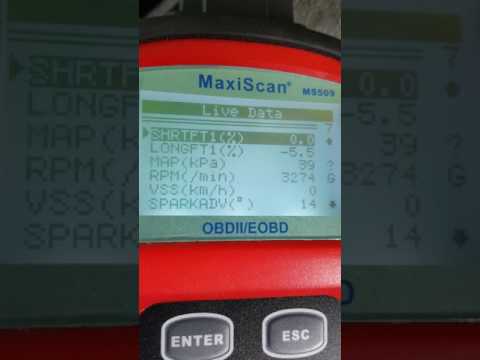 Sizing and testing how to get a nice fitting of a gasifier in place…
Below deck: 3 huge tanks with CNG
Removed the side boards for better rear view

Right side the gasifier
Middle Cyclone type/steelwool filter/ with drain
Left, bag filter system with bamboo fiber inside the bag
or swimming pool filter inside
outside acting as extra cooler
pipes to go downward passing on the lefthandside and or preheating with exhaust and then cooling again with ambient air. ( conceptidea’s enough 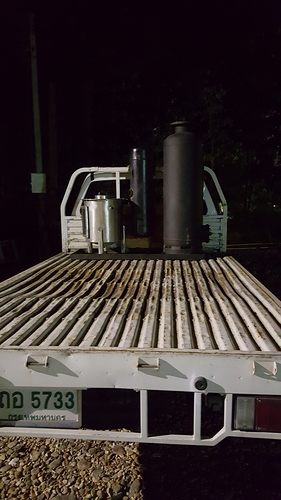 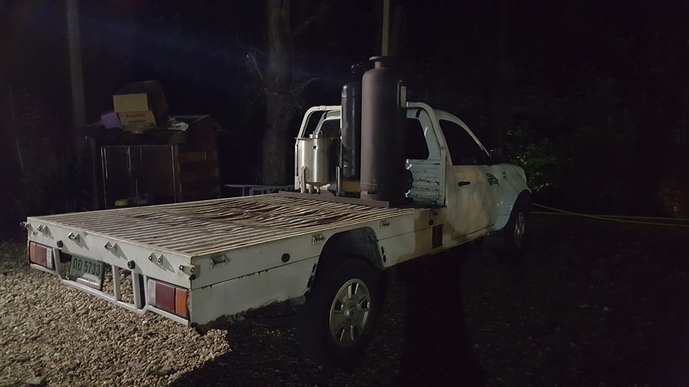 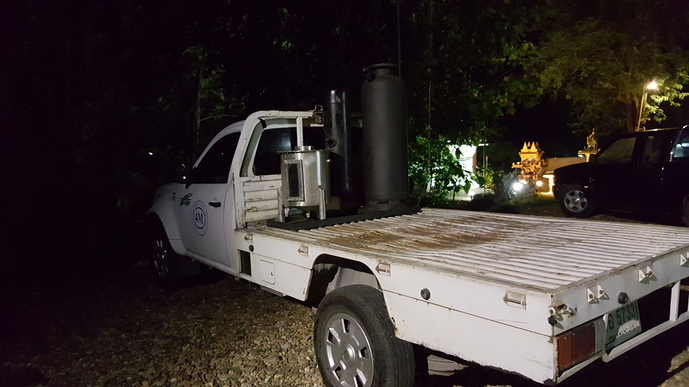 Removed all boards, having a clearer view , have to make sure to see the other traffick around 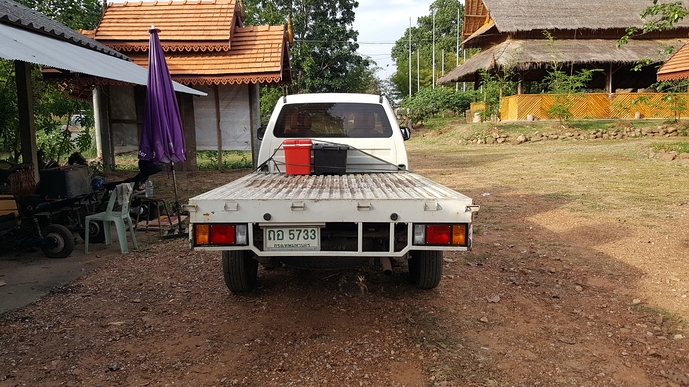 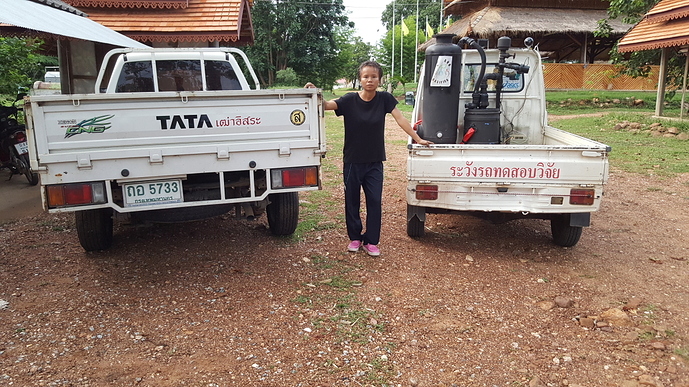 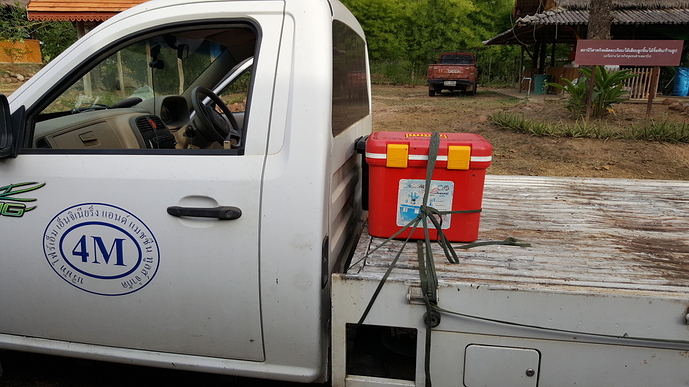 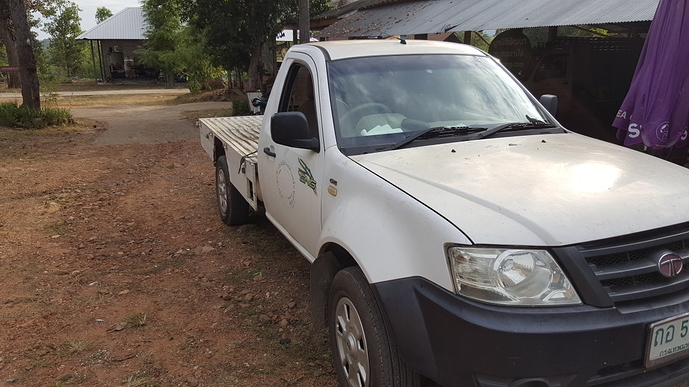 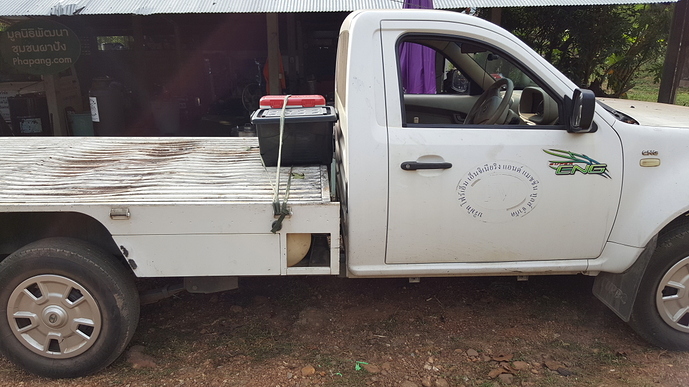 Under the hood, where to make the air-adjustment/gas connection
sufficient space available…

Going to modify this iron pipe next to the airfilter-box 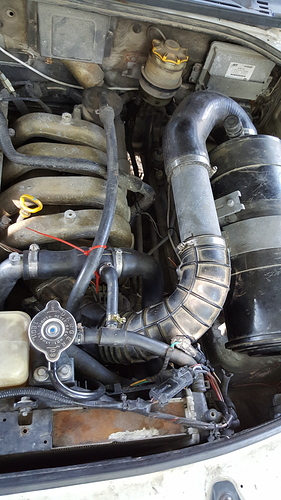