Discovery Channel’s Monster Garage is back and we are URGENTLY looking for talented WOOD GAS car build experts, engineers, and fabricators for a potential build.

This is an opportunity to for the best of the best to work together with and show off their skills on Discovery Channel alongside Master Fabricator Jesse James for a one of a kind legendary build.

Please send a photo and a brief description about your experience with Wood Gas, your skills, and why you’d be a perfect fit or share with someone who may fit the bill. We need to find someone ASAP so please don’t delay, if you are interested. Apply now

Email us at [email protected]

Is there financial compensation? It will cost us money to go where ever needed including a hotel and food. Most people here work too.

If you are selected to be part of the team there will be compensation, and all travel and housing will be taken care of by the show. Plus should the team succeed in the build challenge, each member of the team would get Snap-On tool box and kit worth $6k.

What is the order of operations and guidelines? I understand their is one day to design and 5 days to build and the seventh day is for testing. Do I bring my team to build it or would I be training newbies in the system? What happens to the vehicle once the job is done? Am I the one to test drive it or would I have to train someone else how to build and operate an untested gasifier in 7 days? What happens to the vehicle If it is not finished in time? I cannot guarantee a wood gas system that I do not operate. Everyone on this site and around the world who does anything with wood gas says and believes that a gasified vehicle is 25% machine and 75% operator. In order for me to do this I would need to believe that this show will be to promote the technology and for the people working on it (if it is not my team) to put their heart in it and make it happen. Not to just promote a tv show.

Thanks for responding. I’d be happy to answer all those questions. Would you be ok to hop on a phone call? Can you email me your number and I’ll give you a holler? @james.barcenas@origprod.com

I don’t mind the phone, but I believe there are a lot of people on this site who would like to see the answer to these questions. I think it is pretty unrealistic to expect that anyone who has not done it before to build and learn how to drive a wood gasified vehicle in 7 days. I have been researching your show and all the vehicles that don’t meet the quota are destroyed by blowing them up or crushing them and making a big show out of it. I think most of us on this site are not here to give this technology a bad name but to promote it as the good thing that it is. If I have the wrong info or impression please tell me.

I totally get that but unfortunately I’m not fully allowed to give away too much do to my Nondisclosure agreement. All TV shows have these so not to give away the content of said episode and certain trade secrets that go along with that. I can tell you that show shoot in 5 continuous days, and a reveal day should the car work or fail. The team is made up of expert mechanics, fabricators, and experts from around the country brought together for the same common purpose as it was during the shows first run in the mid 2000’s. We wants to show the world cool and inspiring builds. A car driven on wood being one of those cool things. The reason i’m here looking for such an expert is to bring the best person available to help the team actually ACHIEVE the goal, and represent this group and culture in the best way possible. None of our cars build are easy, most are super ambitious but thats the point, to build something crazy cool. We aren’t looking to make a mockery of anyone or anything, but it is a TV show and will have all the bells and whistles that come with it. I’ll be more that happy to answer any question or concerns that i’m allowed to answer.

Most woodgas bulids require tinkering to make them work properly. Most people I know who do it do it by the art of it and not an exact science. Is there room for tinkering after the five days during the testing day or does it have to be push button start key work the first time? Which team member would be the one operating it? I can only assure it is going to work If I am operating it. Should the project not be completed in time or not meet the quota on testing day will they destroy it and make a big show of it? That would give a bad light on the technology.

These are all great questions and i’m eager to answer them, especially since I can tell you know a lot about this and are passionate about them. I can’t answer those questions on a public forum as they fall under my NDA. If you’re willing to sign an NDA I’ll be able to give you much more details. Please email me or provide me with an email or number and i’ll be happy to send it to you and have a more conversation about this.

I think it would be cooler to build a generator to charge a Tesla. You give the team a 1 or two hour window to cold start, get the generator running and charge cycle the Tesla. Then you discharge the Tesla to see who makes it the farthest.

Please feel free to send me anyone you believe fits the bill. We are open to having more than one person on from this world on the show. Don"t be shy!

Matt, as practical as that is (Tesla), l think its not in the nature of the show. Seems they will probably be looking for some flames and smoke

I have some ideas of how to make this atractive for a show while still work 100% woodgas and not mock our effort of promoting woodgas in real life, if l were to build it.
Charcoal wuld be allmost to easy to do in 5 days

but probably best yes. Except if its the smoke they are after… 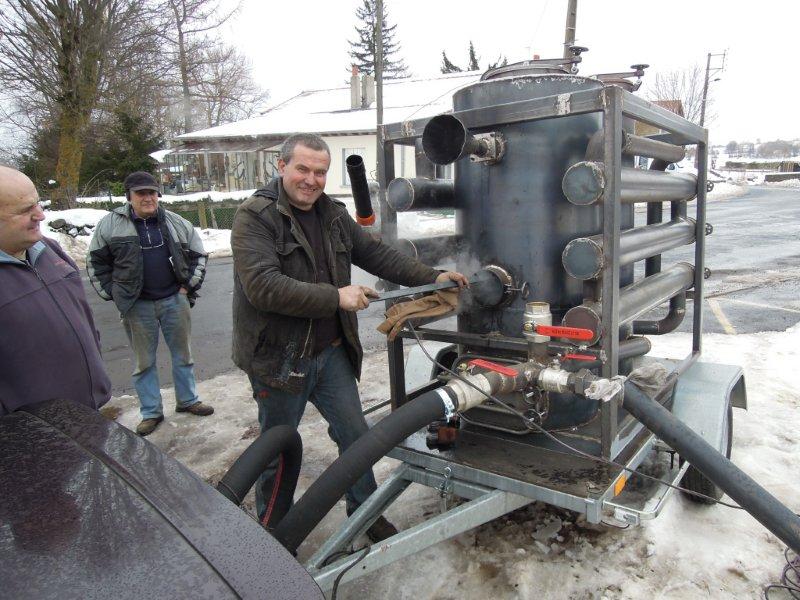 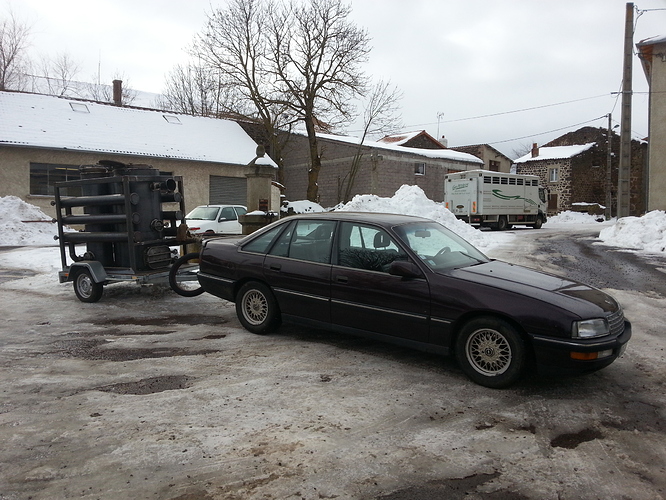 Speed thanks to the cone of air inlet of the gasifier that we see on the photo, and helps to maintain the speed on a slope, the faster we go and the more the gasifier fills with air, it was the good old time, almost 10 years.

Let’s say, we have a few people available…
and make it an international group ?
Kristijan, Jo, Wayne, me… any more volunteers ?

Let’s say, we have a few people available

You actually have a great idea. But to make the show work they would need two team the Dow team and the show team both doing a build. Maybe Wayne as the designer of the system could be the adviser to their team. That would allow for them to test two builds side by side and still blow up the less successful one for theater. But also show off how well the technology works if built by the experts. Heck I am guessing there are probably enough people who would volunteer a working wood gas vehicle for the Pro team to drive on set all on wood.

The North family has talked about it and have decided we are not interested because it seems unlikely that we would be able to make two conflicting objectives come together namely promoting the technology verses developing reality TV drama. We hope you find what you are looking for.

If they are torifying the wood, there will be plenty of smoke and

This would be easier for the audience to comprehend the science behind it.

If they throw a performance challenge in then it makes it more complicated because if one team implements steam reform the other team will lose.

they get one day to design, two to three days to build and then one day to tinker with it and get it running before the final test. If they are building this entire system it will still be a challenge to complete in this time frame. They are not just building a charcoal unit. they are building the kiln, processor. the gasifier, the start up blower, filter system, hose system, fuel mixer and then if they build a steam reformer that also throws a wrench into the mix. Thats a ton to do in just two days time. Keep in mind this time allotment is not all building.

I think it would be much more interesting using a Tesla. The challenge will be to get dead Tesla from point A to B in one hour. If they dont charge enough they wont make it, if they charge too long they wont get there in time. they will for sure have issues being new to the tech.

Also if they go charcoal, No engines will be harmed in the making of this show.

This isn’t a TV drama. It’s a build competition show. Building anything in 5 days will be quite enough of task as it is so we aren’t looking to add fake drama. We would love to have someone from this space on the team if there is any interest. We aren’t looking for smoke or fire we are looking for a successful build. Please email me if you would like to hear more.

Yeah guys this isnt Mountain Men. This is Monster Garage, this show is a little different.