Going to the bank and using the drive through . No one notices or no one cares that we are different. 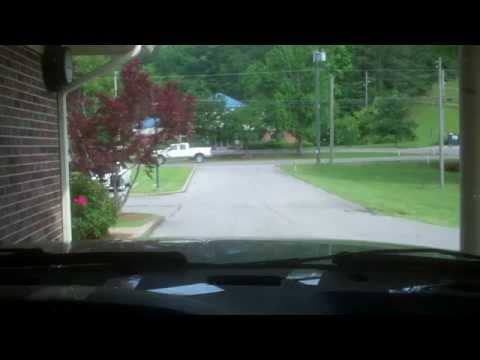 Sounds like a quiet ride. Having the same engine size as a Dakota, are you blending gasoline more often in that full size to at least get you up to speed?

Good morning to you Doug,

" are you blending gasoline more often in that full size to at least get you up to speed? "

The above would depend on what speed and how quick you would want to get there . To match the maximum speed and acceleration of the dakotas one would need to blend in some gasoline to do so because of the extra ton in weight and wind resistance . 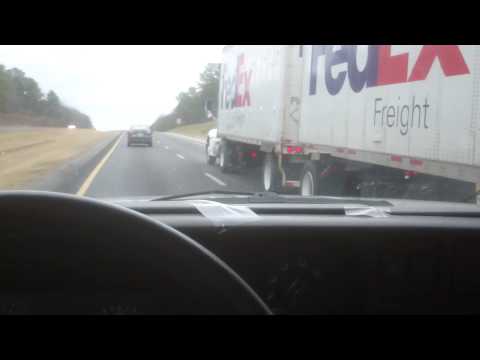 Maybe on a back road just once to a coworker at my 75 plus shop for spreading street credibility.

Wayne thanks for this thread. I really didn’t know where to put my question about driving in hybrid mode for you to see it.
I have thought of driving through the bank drive through. I have wondered about the possibility of a puff back or back fire? The bank and gas station would be a very inopportune time for that to happen.

I read all the post so no matter where you put it I will read. Might be the next morning before I answer , seem like the brain shuts down about dark or just before .

I can’t remember having many puff from the hopper . The truck I have been driving today ( 318 Ram ) has about 7K miles on it and not a hopper puff yet . The few puffs I can remember is with my V10 Ram ( daily driver farm truck ) having it up to good operating temp and shutting down for one or two hours , starting up and driving off with no relighting , punching down wood , running the blowers or taking the lid off. A small puff happen within a mile . Just enough I could barely hear but confirmed by the bouncing of the vacuum gauges . This may have been a half dozen times out of 100 start ups under those conditions .

You may want to get comfortable with your vehicle before you get in any tight places like the drive through . Each vehicle may be a little different. as to when it is most likely to belch . I fill comfortable enough with my work truck I will stack a 800 pound roll of bone dry hay next to it to haul or pull a trailer with several on. One rule of thumb I use when hauling hay is the gasifier must be full of wood . If there were a puff the the worst would be kicking out some water and wet wood .

Hauling hay next to gasifier mid way this video . 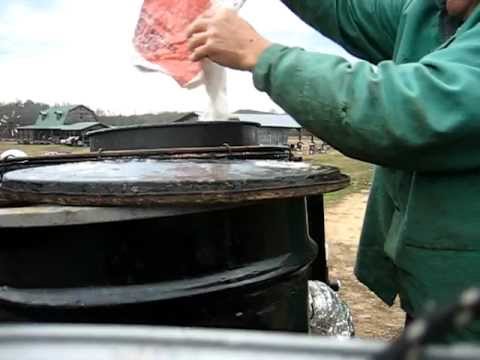 When planing on stopping at a gas station ( this doesn’t happen often ) I may switch to gasoline and drive the last 1-2 miles to let the gasifier cool before pumping any gasoline. Starting back up on gasoline and getting out of the parking lot before switching back to wood.

The occasions I have had a intake manifold back fire or pops is usually under moderate to heavy throttle 500- 1000 mile intervals .

Hi guys, Of course I can’t look at any videos here … I drove 270 of the 680 miles of the trip to Argos and back on 100% wood. 120 miles going east and 150 west. I hate hybrid. I just kept checking for breaks in my foil tape at each hopper full and added duct or foil tape as needed … NO major puffs … The only bad thing that happened was on one reload my right knee gave out and I almost fell off the trailer but my onion sack had caught fire and hung up on my poker hole lid … Whoooooo … I just laughed … THANK GOD … My blood tests last week turned out real good … Slowly on the mend … Still have a liver and no prostate cancer :o) … Mike L

The family and I took a quick trip to the flea market this morning . Plenty of people around but no one noticed we were different . A few folks walked by while the son was refueling but had no interest. They may have thought we were part of the roasted peanut selling group that was at the market that also had similar looking equipment on there trucks and trailers.

The first video shows starting up after a three hour shut down . The truck reaches power in about a minute .( no blowers just motor pull to the gasifier ) 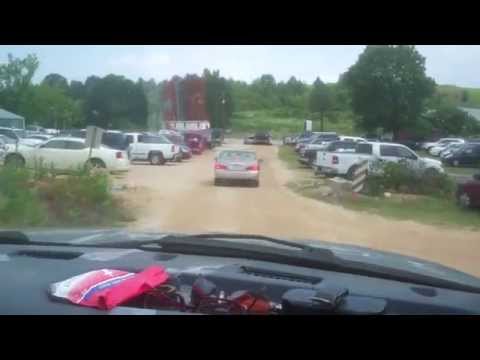 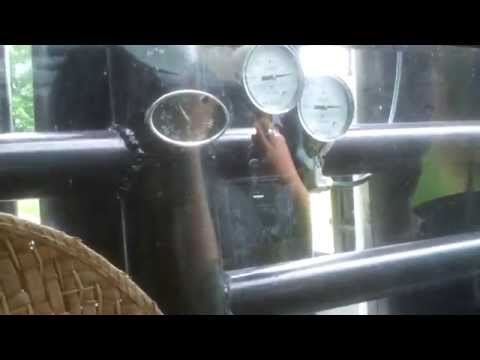 Hi Wayne. That looks like a really nice flea market, can you tell me where it is at? How much stuff do you usually find at flea markets to us on gasifiers? Or do you find more stuff at yard sales?
Thanks
Steve

I find most of my material ( Heavy stuff ) at scrap and junk yards. Tools and small items at yard sales and the flea market.

Here is the lactation of a couple I visit.

Thanks for the information. I have been to Collinsville several time since my mothers people are from Sand Mountain/Geraldine Alabama.
Thanks
Steve

When I was a kid we would make it to Collinsville trade day very often trading coon dogs . Sometime I still go up on the hillside where the dogs are kept to see who can tell the biggest lie about their hounds .

Wayne, my uncle used to eat, sleep and live at Collinsville. He used to trade pocket watches and pocket knives before he passed away. I have also heard tales about the coon dogs!
Thanks
Steve

Wow Wayne,
How long can you go before you have have to relight it? Can you just feel the side to tell it’s hot enough?

After the trucks have sit for 4-5 hours it could be iffy for them to fire back up without a relight . Depends on a lot of factors of how dense the char bed is , type of wood and moisture content etc. A few times I have had the fire to last over night but the general rule is 3-4 hours.

The above video was with 100% pine and I knew we had fire because of just a little smoke from the hopper when refueling. If we had seen no smoke when refueling I would have turned the reverse blowers on for a few seconds . If still no smoke I would relight .

On that particular refuel, with a little smoke, do you feel there is a danger of a flash out the open filler lid? After being flashed once, I tend to exercise to blowers no matter what.

I think it is wise to air on the cautious side however I may be getting a little slack on judgement sometime . When I break the seal on the lid and lift it I always hold the lid as a shield in case of a flash . It has been a long time that I have had a hopper flash and usually it is a slow burn and most of the time one can get out of it way. .

Using the lid as a shield, great idea, and one disadvantage to hinging the lid.

Wouldn’t be any chance of a Collinsville City limits sign falling into the back of your truck. It would be kind of neat to hang out in front of my place.-- kidding.

You would fit right in Collinsville with all the other Collins .

Next trip up there I will see if I can pull one of the city limit sings up and send it your way.