Please let us know that you're coming! Answer a few questions below.

You get the prize for distance, safe travels, we’ll all chip in for gas money.

We will have poles, strips, and slabs to chunk!

That’s all great, but what about power? Any luck with 220v outlets?

Oh well, gas is pretty cheap right now. Its well worth it.

yes will have 220v outlet available, need to know what style of plug it is.

It’s the standard 4 prong oven/welder style, either L or straight prong will work (certain Argos attendees may remember why this is true… 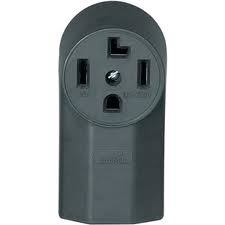 No problem we will have one available. Thanks a lot!

Hello Chris
I know this is not really open to the public.
I have some friends and relatives that wants to come by for a look, and a short visit on Saturday. I said I would check with you.

There is no problem with bringing friends and relatives, there will also be a few locals in and out.

hope all that can have a safe trip and enjoy.

not really open to the public

Just RSVP if you can, then you’re not public anymore. You’re on our VIP list!

The whole public/not thing is only for insurance purposes. Ron Lemler couldn’t get us insured under his business if he hosted a public event, but a private one was OK. Greg may be able to get a different deal, not sure if he’s even going to bother with insurance.

I checked on this when I paid the deposit and rent on the fair grounds, and being that we are a scheduled event, it is covered under the fairgrounds insurance.

Thank Chris & Greg
There will be at least 6 that wants to come by. I don’t know how to put them on the list.
My son has a hot rod lawn mower he wants to show we are going to woodgas it when we get the time.

To raise every ones curiosity he said it would hit 70 mph in third gear.

Doug Brethower, Gary Langworthy, Kyle Townsend, Richard Craig, and Raymond and any others that I am missing, would like to hear from you guys and hope you guys can make it to the Missouri woodgas meet.

Thanks for the re-ding! Like Wayne, I am Blessed with a senior high school football player who loves the sport and plays well. Also like Wayne, this is my last child, so time will free up considerably after this year. Doniphan is four hours, about as far away from me as can be and still be in MO. Just can’t fit it in, much as would love to.

All the best, BBB.

I’m afraid it’s not going to work out for me either. The Woodhawg came home from Argos with some issues. We got pretty hot during the parade. I think it may be a cracked head or head gasket problem. Too many " mini-crisis" going on to get to it. I need to repair it and redesign fan/shroud system.
Yall have fun.
Richard

Doug
You going to the MEN faire in Topeka this year?

No plans to attend MEN at this time. Will be at at an alt-energy fair in St. Louis Oct 20.

On site. Only about 20 mile shorter than driving to Argos