This will be my next 1000 days commitment project.

I have talked Heather into a grid down exercise Steve. We are chickens so I will wait til spring so conditions favor us a little more. I wait to see the conditions you lay out. Oh and it’s totally your baby. If I jump in and drift off as I tend to do on you please feel free to fire off a pm to deliver a quick shot to the nads…

Rules of this Challenge is you MUST actually use the energy/BTU equivalents in engine/motor fuel of any type IN AN ENGINE FOR USABLE POWER PURPOSES on a daily basis to be able to post up about your developments experiences.

Wikipedia’s definition of BTU’s in a (US) gallon of gasoline with other motor fuels equilencies can be the evening-out Judge for most motor fuels.

20 pounds of ~10% moisture fuel wood for that.
Charcoal guys have to pitch-in charcoal weights in pound/grams to be the 114,000 BTU eqivientcy.

Before you would post up here ask this:
I used up my 114,000 BUT’s of engine/motor fuel and use-proofed learned: THIS.

I will Moderate for this use-proof. Or shut up, Or be flagged off.

Today I am running the Chinese ET 950 Yamaha clone to power a 250 watt incandescent light as a base stabilization load. Power the two old chest freezers and two warmers cycling drip brew pots. One for coffee, the other for hot-tea-cocoa water.
Results will be 3-4 hours run time for my one gallon of no-ethanol RON 89 gasoline and 2.6 oz/77 grams of Stihl 2-cycle oil.

Using the plywood 45 degree panels technique this is quiet non-bothering at 50 feet. Exhaust stink however apparent out to a wind-drift 150 feet. Breeze drifts wrong and the wife will be complaining.

“Her” EU2000i Honda inverter/generator will do this same loading on then less expensive RON 87 for 9-10 hours.
With no burning oil exhaust smell. AND can ALL wastes heats blowing-off heat the green house to boot.
And that folks is a true 100% fuel use heat efficiency. See - everyhting does not have to be such a big over-jabbered big-deal.

Take Actions This Day to learn REAL for needs-musts later

Hi Steve, hope you don’t mind I shortened the title a tad… great idea for a challenge!

Gasoline gallon equivalent (GGE) or gasoline-equivalent gallon (GEG) is the amount of an alternative fuel it takes to equal the energy content of one liquid gallon of gasoline. GGE allows consumers to compare the energy content of competing fuels against a commonly known fuel—gasoline. GGE also compares gasoline to fuels sold as a gas (natural gas, propane, hydrogen) and electricity. In 1994, the US National Institute of Standards and Technology (NIST) defined "gasoline gallon equivalent (GGE... 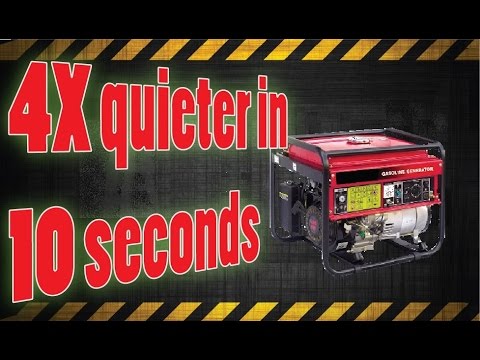 Martin Paynes Motofier motorcycle project for the latest charcoal loaded motor fuel equivalencies.
Some of KVL’s works now too.
I will defer to the actual charcoal fuel users to put this into pounds/grams replacements.

Steve would it be a good idea to add a kill a watt meter to the genny? I ask because it might help calibrate fuel to watts generated. Just a thought.

For direct comparability you are correct DavidB.
I donated years ago my Kill-A-Watt meter to the VictoryShop.
PITA to keep having to unplug re-jigger it to reset. Ideally a cumulative kW/h meter.

Now about that “ideally” and to-all “comparability”:
Last two days with the wifes Honda was 60’sF, clear sunny skys. Say maybe 70% trending down to late afternoon 50% humidity. We are at 675 feet.
Today with the the screamer-smoker it is 100% humidity falling out of the sky misty drizzle ALL day. Starts at 42F. Expect high of 46F.
Ha! The falling out of the sky mist/drizzle helping wash down the oil burning exhaust stinks!

Point of this CHALLENGE is not to myopic focus on incompatibilities but actually up-off-ass commit to one less bought out daily coffee-drink, one less gallon fuel out driving. AND now spend those costs used anyhow to actually making substitute shaft power. And use-learning to do this better and better.
Self-Made-Power for your already will-use committed daily energy needs.
Power for you, and yours, in your own very region/climate specific changeable conditions.
Your comparisons are your own before and after I got “betters”.

Ha! So SEE. Have to be doing Something in the first place to be able to claim better!!

@SteveUnruh I assume that you’re not counting heating or transportation energies in this challenge?

So Steve, in the interest of fair play… do I have to convert some of the first batch to char to get the system up and running or can I start with some already there? Once one of my sy stems are running they normally shut down with enough char left over to restart the next day.

Would it be OK to burn 1/4 gge and then multiply by four? I can’t see burning a whole gge a day. Maybe some days that would be possible. I’m more a quart a day fella.

Well Steve you haven’t got me off my as$ yet, at least not for long but you sure got my wheels turning. I am going to start making some char. Thinking about replacing my earth stove with a Gary Gilmore Keystone stove for the rest of the heating season. I have not built one yet but think everything I need is in the shop or just outside the door. I take 20 # wood use for heat and cooking. I then take the char from said 20# of wood and generate dc power.
I then charge/ recharge my 3 78 amp hour AGM batteries and see how much of my daily electrical consumption I can produce with the char. I use between 14 and 25 kwh a day depending on shop time and laundry. I have electric water heater and dryer. I am working on the hi side of them numbers now due to leaking out door hose bib and leaky air line in shop… No end of things to do here. I will post a new topic asking for help and opinnions on my charging system options. I have 3 larger genarators I have never tried to run any of yet. I am sure none of them are up to any kind of efficiency challenge.

I’m lost on this subject, as usual. You are claiming some benefit from running a gallon of petro +oil in your generators to power you house for and hour or so. What did you gain? Two gallons of gasoline and oil would run over $5. I can run my shop on power company power for over a week for that amount. Why aren’t you converting the generators to charcoal or wood so that you are not dependent on the local gas station. I don’t get the point. Not trying to stir the pot, I just don’t understand the game. TomC

Tom, I think Steve is saying to replace a gallon of dyno fuel with an equal amount of biomass. But he is running a gasoline generator for emergency buffer. Or for family members that reject gasification.

For comparison reasons I would go with a “normalized gge” because some people will burn more or less than a gge/day.

Tomc
My understanding of the challenge is to use alternative fuels to run our engines daily equal to the same run as a gallon of gasoline. Using the measures btu equivalent for apples to apples comparison. For instance run your gas powered water pump for whatever amount a gallon of gas will allow (baseline) then tomorrow run it on the equivalent amount of charcoal/wood and compare results. Do this over a long period of time applying it to different aspects of our lives wherever we need shaft power. Throw in a little competition among the members here to make it interesting. But the biggest challenge is with ourselves Do something and learn tweak learn some more.listen learn. But do.

Interesting challenge. If you are a doer and mover I see no losers for having taken it on
Tomw

Three different people three takes on it… my impression is I don’t think Steve minds what you use to create that shaft power; gasoline, wood, char… the goal as I see it is to reduce your utility company provided energy by the equivalent of one gge by turning a shaft yourself. Something like that Steve? If I dive in it won’t be for a while but I would calculate the amount my solar system contributes to the house loads, figure out a gge equivalent for the solar contribution and on sunny days maybe not shaft turn, on cloudy days turn a genny to top up the system to one gge or more… replacing the convenient plug in with a genny again. Does that go out of bounds somehow Steve? Of course the contest Is really with myself but I want to know if it meets your litmus test for this one. I can probably commit to a month or more of results…
David Baillie

the goal as I see it is to reduce your utility company provided energy by the equivalent of one gge by turning a shaft yourself.

Half of that is having an efficient system to produce useable power from a small-run system that could be prudently productive at 1 GGE ranges.

The other half is cutting your usages/minimizing household inefficiencies to the point that one can get by on 1 GGE’s energy for the day. I.e. Focussing on “a penny saved, is a penny earned”.

I believe that it would be (half way) “fair game” to figure out how many kW/hrs is on par with 1 GGE, and limit yourself to using only that much grid power for the day (or more likely, 30-31 GGE grid power in a month) for of all your things.

Maybe Steve is trying to motivate us into making our own power every day… Practice makes perfect…??