Kristijan posts on here, won’t be hard to find his work. Also when he says carburetor he means the gasifier/reactor.

@KristijanL I believe your presence is requested

Hi Cody, thank you that makes a lotta sense now. Kristijan has a lot of content on here, looks like I have a lot of reading to do on this

awesome that you run a charcoal generating system! I’d love to do something like that to finally get rid of my diesel genset at the farm.

I do recommend something like that as a first project. I is possible to simply pipe woodgas into a diesel’s intake while continuing to inject diesel fuel as a pilot. Others on this forum have done it.
Charcoal is very forgiving. Here is a little rig I put together. It is based on @k_vanlooken’s thread Some School In Thailand thread. I made very many design errors. But the contraption worked anyway. I say you can’t miss with charcoal.
Rindert 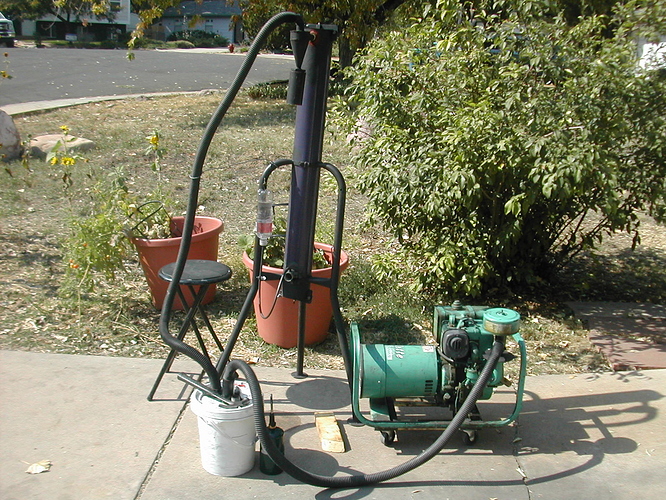 A sample of the char that works for me. 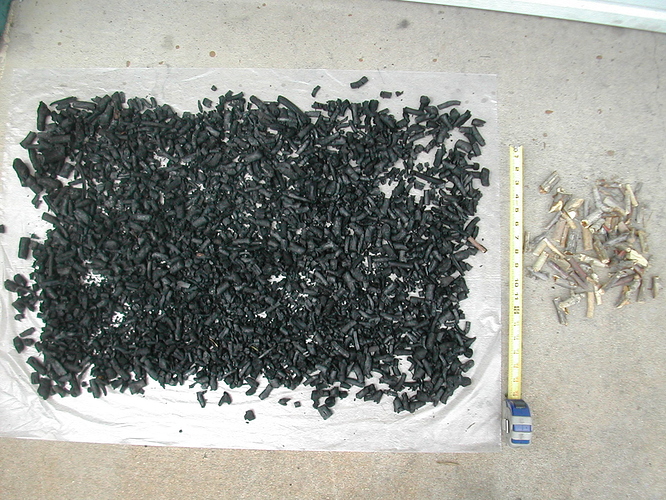 I use a TLUD (Top Lit Up Draft) to make ~30 gallons of char at a time. Material to make it is just a broken hot water heater with the bottom and center pipe removed. Very dry wood is required. I live in Colorado, United States so this is no problem for me. Since you are in Great Britain where the environment is much wetter you may have to it differently. There is something out there called a Hookway charcoal maker. In this video Wayne shows how it works in a nutshell… [MVI_7271.avi]

Of course, a turbine can also be supplied. But this will entail other changes in the gasifier. You have probably already read the topics to which the links were given here and now you know that the turbine can either overheat the gas generator. Or with larger size of gasifier there is a danger of getting tar at idle. Overheating can be combated by adding steam, but you won’t be doing this while driving a truck, will you? So we need an automatic temperature controller. As minimum.

First generation. No instrumentation. Completely manual control. The knowledge required from the operator of almost 100 percent. Often requires intuition. For example, in Ukraine, most of these gas generators. For the process of obtaining clean linen, this is a woman washing linen with her hands, standing in the river, in a well-known pose.

Second generation. Indicators and gauges appear. Manual control, possibly remote. It is easier to teach newcomers because there are visible cause-and-effect relationships. There are many gas generators of this generation here on the DOW.

Fourth generation. Fully automatic gas generators. The operator knows how to press the Start-Stop button and where to refuel. There is such an example on the DOW. True, for charcoal and commercial.

Fifth generation. There is no gas generator, but function is performed. For example, this can be done with dimethyl ether. There is discussion here of this type of converting firewood to fuel. For linen, it can be a CNC loom that makes new linen, instead of old, dirty linen, which is simply burned, for example, in a gas generator.

Why am I telling all this? With a turbine for a gas generator, you have to immediately jump to the third generation, and this is very difficult if you do not yet have a gas generator, even the first generation. So many mistakes can be made, and even complete disappointment can be experienced.

Just make an allowance for the fact that this is just the opinion of a sofa expert who has a working fourth-generation turbocharged gas generator (in my imagination), but in practice I have not yet burned a single cubic meter of wood gas …

Fifth generation. There is no gas generator, but function is performed. For example, this can be done with dimethyl ether.

Dimethyl ether (DME) is my pipe dream too. I want to see something like the situation with bio-diesel, where all kinds of people make a few gallons of fuel grade DME in a shed behind the house and use, sell, or otherwise trade it the way farm wives used to use, sell or trade eggs.

Bartering the IRS’s enemy. I like it. So I do it. Tax free.
Bob

Most of my wildlife control operater work I do is barter, I remove problem animal and gain hunting or fishing permission. No cash changes hands, no one has to pay the tax man 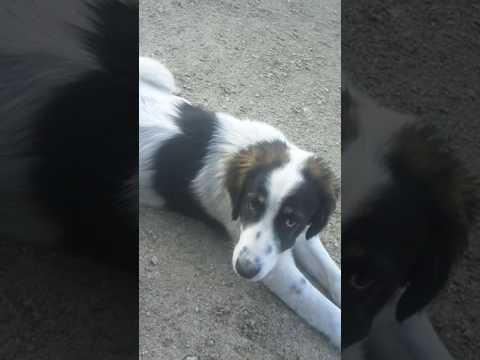 Great putting this back up MikeR.
6 years ago and I have never seen this one. That was in my only-one-hour-a-day public library computer period. I had to skip many put-up videos.

Great, great job on your hiding in plain sight stealth system KristijanL.
Excellent, excellent video presentation showing your capable operating.
IF I had seen this back then I would not have asked you so many do-you-know questions since.
You are a good man to have had the patience all of these years with me.
Best Regards
Steve Unruh

Hi Marat,
Thank you for the reply, a lot of helpful information!
I think you’re right. a lot of mistakes can be made so its definitely best to start off with a first generation, simple design. Ive not heard of DME before so I’m definitely going to look into this but I think for now, I shall keep my first build very simple to prevent any problems like meltdown or tarring

Hi Mike,
Thank you and thanks for the video! seeing Kristijan’s gasifier inyernals really gives me an insight into how he fabricated it
Cheers
Alex

This is brilliant!! a great way to get into it as a first project! thank you. Yeah I’ve looked at the hookaway retorts and a retort is something I’d love to make myself as I want to make biochar on a commercial scale. You’re right, we definitely get a LOT of rain here

Hello Alex,
You are UK, right?
You might want to tippy-toe carefully into your woodgasing adventures.

Another Brit in the Midlands? same, same progression on a different Land rover, now gone silent.
This is not unique to the UK.
I know of three woodgaser gone silent here in Washington State USA.
One was local harassments from the Eco-Greens. They took to stalking him. He eventially moved out of state away.
One overstepped our strict wood stove laws by promoting the “H” in CHP.
The third for factory system Emmisions systems tampering.

Netherlands: was vehicle front safety laws for pedestrians and bicyclist. And this was after asking about alternative fuel tax regulations.

Stick to your already farm diesel generator, maybe a tractor and then you’d be O.K.??
Or does UK Safety and Fitness govern there too?

might want to tippy-toe carefully into your woodgasing adventures

Right, that’s what we do, but I don’t think it’s right. We’re the good guys here. Is there any sort of an effort out there to make this legal. I have heard that there were regulations in Australia governing gas producer design. How I would love to get access to those. Yes, I know outdated, but a starting point I could use to begin talking to the insurance man with. And perhaps a way to keep a few more of us alive.
Rindert

Rindert you should be careful what you wish for.
Very clearly in the re-published forwards Australian systems brochures WWII era that only those which were design submitted for Government approval were legal to sell, install and use.
This stifles innovations. Stifles improvements. Stifles usage.

Decades later the traveling Preacher fellow and Kurt Johanson (sp) very clearly just did it without asking, or informing. Then they were local viewed as just eccentrics.

Steve Unruh,
Change is when we exchange one set of problems for another set of problems. And change always comes, but rarely in the way we expect it.
I suppose It could happen here exactly the way it did in Australia. But that doesn’t seem likely to me. This is not Australia. Here we learned from prohibition and pot. Example: street racers and hot rodders are out there. Illegal or not they make a big contribution to automotive development. Anyone can show up at the race track and somehow get involved. In other countries, I have visited, Innovation ie. development work is the domain of ‘smart people’ in big companies and institutions and companies. Here we have a tradition, going back to the pioneers, of parking old wagons and just about everything else, in the hedgerow to rot. So we have junk, the raw material of innovation. Here we actually govern ourselves.
BTW, before the wonderful maker movement came along ALL innovation was subject to inane criticism. That was when I learned to hide in plain sight by making my work look as if I hadn’t done anything.
Rindert Wesseling

Hi Steve,
Crikey yeah I hadn’t even thought about this! yeah, ill have to think of a way to make the gasifier a little more… hmmmm… covert? Kristijan’s gasifier looks very discreet with the cover so maybe some cowlings like that would be handy.
The UK government certainly does like to crackdown because of fuel tax but there has been some change now that biodiesel is becoming more mainstream. Nevertheless, I must tread very carefully like you say.
Thanks again for the warning, its very much appreciated and will probably save me a hefty fine