Somtimes chemistry is just mean. I just discovered Nickel is produced and purifyed by syngas via Mond process. Basicly unpure nickel is reacted with carbon monoxide at about 100c 220f to form Nickel Carbonyl, Ni(CO)4. A dense LIQUD. Then, the liquid is heated and it breaks back to Nickel and 4 molecules of CO.

Reading about this, it emidiatly occured to me this is a way to store pure, non nitrogen diluted CO under no pressure. In a way, one culd make arechargeable CO accumulator. Quick calculation predicts one galon of this compound contains 3000m3 of carbon monoxide gas! Easyaly retriveable.

Now for the problem part. Its toxic

not only it contains CO wich is a poison by its self, it also contains nickel. The compound boils just above room temperature 43c and having this vapour seep in a room wuld be rather unpleasant.

Hmm, an interesting compound to be sure. Here are some of the reasons nobody should probably ever play with it:

Nickel carbonyl may be fatal if absorbed through the skin or more likely, inhaled due to its high volatility.

Its LC50 for a 30-minute exposure has been estimated at 3 ppm, and the concentration that is immediately fatal to humans would be 30 ppm.

It is classified as an extremely hazardous substance in the United States as defined in Section 302 of the U.S. Emergency Planning and Community Right-to-Know Act (42 U.S.C. 11002), and is subject to strict reporting requirements by facilities which produce, store, or use it in significant quantities.

I think the safest way to store the energy from woodgas is probably to convert it to electricity and keep it in a battery.

I think the safest way to store the energy from woodgas is probably to convert it to electricity and keep it in a battery.

Nice discussion. Battery technology just isn’t able to really do it yet. If I were to pick a winner, my bet would be on dimethyl ether (DME).
Haldor Topsoe, in Denmark, identified it as a very good engine fuel during the world war two era. In 1995 a grad student working in one of Haldor’s labs found a way to convert syngas to methanol and then to DME in a single reaction vessel.
It has been used as an aerosol propellant for consumer products like whipped cream and Right Guard, so the Food Drug Administration has tested it like crazy. It does not cause disease in animals or humans.
it compresses to liquid at 75psi, so propane handling equipment can be used, if painted orange.
It makes an excellent diesel substitute, with very low NOx emissions so a catalytic converter is not needed.
Here in Denver I have seen trucks with the words “DME only” on the fuel tanks.
Rebecca Boudreau, at Oberon Fuels, is now working to set a plant on Staten Island that will convert New York City’s garbage to DME.
There is an International DME Association.
There is a LOT info about it on the web. Just use the names and terms I have used here to do searches.

I would say you read/study to much… besides working a full time job, taking care of your little farm, a family to raise AND study/build gasifiers… You make me feel me being a lazy person

But, it must explain your “quick calculation” optimism

so my guess is that “1 Gallon of Carbonyl would hold 3420Kg of CO”, could be a little optimistic

Wuld you belive me this is just warmup

the real buissyness comes at the end of September.

Somtimes chemistry is just mean. I just discovered Nickel is produced and purifyed by syngas via Mond process. Basicly unpure nickel is reacted with carbon monoxide at about 100c 220f to form Nickel Carbonyl, Ni(CO)4. A dense LIQUD. Then, the liquid is heated and it breaks back to Nickel and 4 molecules of CO.

The idea is the nickel carbonyl is a slightly different density from iron or other tramp metals in the mat. ( Iron will also bind to form a liquid )
A distillation process is used to create very high purity material for super alloys, catalysts and batteries.
Most nickel is not refined using this process because its expensive and dangerous.
Most nickel comes in the form of Sinter 75 or Sinter 90, nasty stuff that is a known carcinogen but only marked as so in EU countries
Its primary use is as a alloy agent in stainless steel production.
Electrolytic nickel is refined using electricity ( like copper ).
Its used in plating specialty alloys and places where the impurities in sinter products would cause problems.
There is a 4th type of primary nickel known as pig nickel.
This is produced in China in a blast furnace from laterite ores with high iron content to make whats called pig nickle iron for stainless steel production.
Its a dirty process.

I would rather live downwind of a Carbonyl plant to be honest…
There is a significant body count in the history of the process.
It made Mr Mond wealthy and famous, but he is not well known outside the industry. 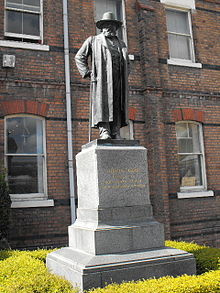 There are three refineries of significance that use this process.
Nickelwerks in Norway, The Mond in Walles, and the CCNR in Canada.
There are some smaller units around the world that do not produce much but exist for their own reasons ( like one in Oak ridge USA ).

There are differences in the way the three refineries operate the Mond is a low pressure distillation plant so is the nickelwerks, CCNR uses a high pressure system.
Its very likely there will never be any more major plants of this type built.
They are that scary when things go wrong.

I once carried a card in my wallet to alert doctors I was a Carbonyl worker if I took sick because it can kill you fast but symptoms do not always occur immediately after exposer.
There are a couple of drugs available to treat poisoning, but there are not stocked my 99.9% of all hospitals out there.

Dead Bird Island, down wind of the refinery
No one talks about it…

And now for some refinery music.

Here is some interesting film from 1913.
At this date the Mond refinery was operating in Clydach Wales, The Coniston smelter complex operated until 1971.
The Wab still provides hydro electricity.
Mr. Monds estate in the UK was called Coniston house and is open to the public to see today.
The turn of the century shops buildings still exist and are used by other businesses today
Nothing remains of the Original Mond works except a pair of giant stacks ( largest in the world at their time of construction and the coal bunkers I have mentioned in the past I dig through to get some smithing coal now and then 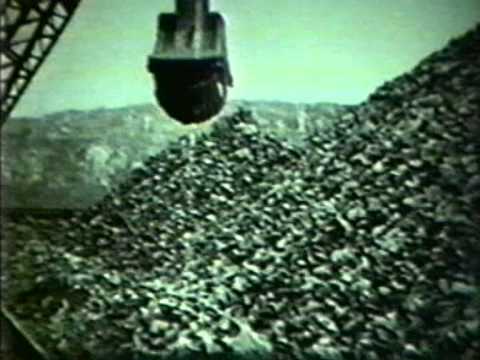