No problem Dustin! There’s actually a bandwidth meter so you can throttle back the quality somewhat.

Hangout went all the way till 7:30pm! Thanks to our evening participants Sean French and Neil Ball. See ya next week at 4pm EST (3pm CST)

We’re doing the short version today, while Wayne and I eat our sandwiches. You’re welcome to drop by for a minute, but we can’t stay too long. Work to do!

Chris,
Looks like there is an occasional hangout? If these occur in the future do you think you could post an announcement indicating the date and time?

This is a loosely scheduled hangout that happens on Fridays starting at 4pm EST. I try to post the link as soon as the thing is running.

Of course you’re welcome to start one yourself, any time! Also check out the IRC chat (usually empty but I keep it running all the time).

Hangout is live. Wayne said he’ll be by around 4pm EST.

Wayne is here now, along with Henry Austin, Don Mannes, Peter Coronis and myself.

Thanks everyone for stopping by today! Cast of characters included Henry Austin, Don Mannes, Peter Coronis, Wayne Keith, Carl Zinn and me. Wayne tuned in from the road at Hendersonville, NC, and Carl took us for a ride in his Dakota. Good fun everyone. See y’all next week!

Thanks everyone for a great hangout! This week’s cast of characters:

Hangout is live. Trying the Hangouts on Air again. If you’re on an Apple device (Iphone, Ipad) you may have issues joining it (this is a known issue). 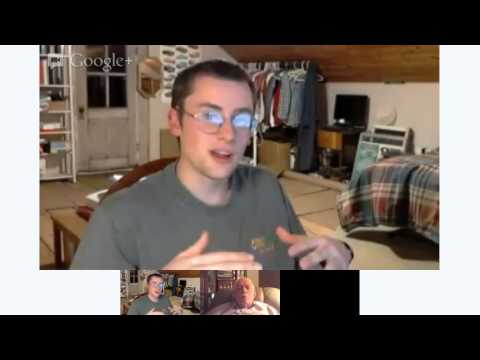 EDIT: Thanks everyone for another great hangout. This week, the usual suspects: Peter Coronis, Carl Zinn, Wayne Keith, Don Mannes, Sean French and myself. See ya next week!

Is it ok to join if I don’t have a webcam? I do have a headset with a mic though.

Sure Chad! We don’t have to see you, hearing you talk is fine. Actually some of our low-bandwidth users prefer using just voice. You will still see and hear everyone else.

I’ve been starting it a few minutes early if folks want to pop in and test their setup before it “starts”.

Chris,
Same bat time same bat channel 3pm eastern?
I’ll try to make one, how long does it go till?

Official start time is 4pm eastern. It can run late, has gone on till 9-10pm before (yikes).

EDIT: Whew! It was a late one, but lots of good discussion. Cast of characters: Johnny Caudill, Nils “Sam” Foelster, Michael Briere, Peter Coronis, Carl Zinn, Don Mannes, Wes Keuhl, Terry Lavictoire, Chris Thompson, and myself. Be back next week…