I’ve been researching pump horsepower, pump curves and so on, and I’ve run into a bit of a brain tickle.

The formula to figure out pump horsepower (or hydraulic horsepower as some would call it) goes as follows:

This is also assuming 100% efficiency which is not possible, but for examples sake we will leave that factor alone.

Here’s the part that confuses me, given this formula, this would mean that a 1 horsepower pump would actually be capable of pumping 742 gallons per minute to a head of 1 foot (or 2.31 psi). Surely this is not possible is it? I know the math doesn’t lie, but I feel like this is just unfathomable. If feel if I took a 1hp well pump and cut the outlet line off at 1 foot, that there’s is no way in hell it would pump even a fraction of that.

At this point I know there’s some factor I am obviously missing, I just don’t know what that factor is yet. Any ideas?

From what I understand, you have calculated how much it pumps per minute.
“1 horsepower pump 50 gpm at 34.28 psi”

Yes that’s the calculation for that example. It would take 1 horsepower to pump 50 gallons per minute at a pressure of 34.28 psi.

The question I have is when you change those inputs around, the math says that it should be possible for a 1 horsepower pump to also pump 742 gallons per minute at a pressure of 2.31 psi. This is the part I’m having trouble grasping, just because it seems so ridiculously impossible, even though the math says it should be so.

In physics, power is the amount of energy transferred or converted per unit time. In the International System of Units, the unit of power is the watt, equal to one joule per second. In older works, power is sometimes called activity. Power is a scalar quantity. Power is related to other quantities; for example, the power involved in moving a ground vehicle is the product of the traction force on the wheels and the velocity of the vehicle. The output power of a motor is the product of the torq...

If we take a horse that pulls 735 kg 1m high in one second and compare it with a pump that has a certain flow, we take 735l / s at a pressure difference of 0.1 bar, … this is also a power of 1hp
http://lab.fs.uni-lj.si/lft/calc.php#C2
the last link is great if you are dealing with hydraulics, the translator translates nicely into English

Holy crap you’re right I totally backwardsed it, thanks for pointing that out!

This is also assuming 100% efficiency which is not possible

You bet.
There are losses to friction in the housing leaks around the impeller all kinds of stuff that makes this almost impossible to use as anything other than very simple guide.

Wear and and flow restrictions and tolerances in manufacture are just unpredictable.
I don’t even think out engineers put much thought too it …

500 hp motor draws 480 amps and pushes what ever it can up 2200 feet of head and then we even guess at the volume based on instrumentation that we don’t trust.
As long as your feet are dry no one asks too many questions… 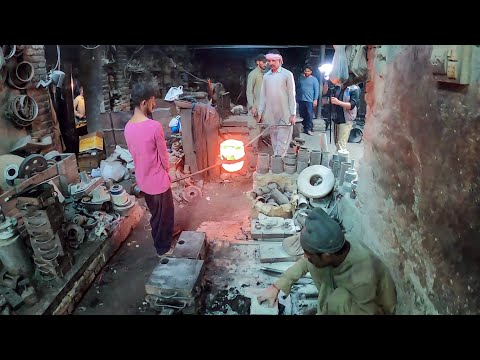 It’s cast iron, as far as I can tell. I wonder if the stove runs on wood gas with air blast? Or is the temperature not enough?

No its likely waste oil, the sand is held together with waste oil.
This is very small scale work done in batches and its only cost effective to do so because much of it is day labour hired off the street and the metal and oil is waste.
There are probably several hundred small foundries in a city like Rajkot that make small suimple castings like this.

The quality of the finished product is variable and it is really dependent on the melt deck boss to watch what kinds of scrap are added and all the other inputs to maintain anywhere near a consistent level of quality.

There is no safety no pollution controls.
This just can’t be done anyplace else, but the fact it can be done at all should make us all carefully consider what we buy from where and what is the true cost of the product.

This is a little more advanced.
This is also only done in third world countries or very poor places with cheap coal and labour.
But now we are out of the artisan levels of foundry work and into industrial scales of production and quality control. 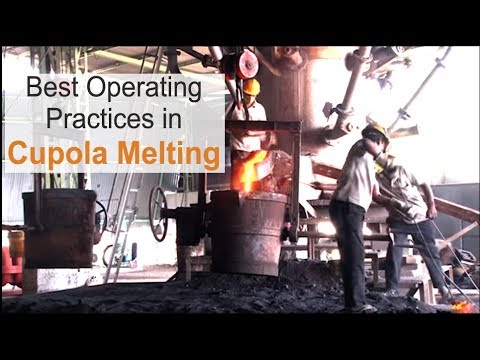 This is how gray iron casting were done in Canada.
i worked in a place with a couple of AJAX furnaces, we also had some coreless and arc furnaces too.
We made the finest casting in our class, we shipped parts to Germany for Mercedes Benze to use. 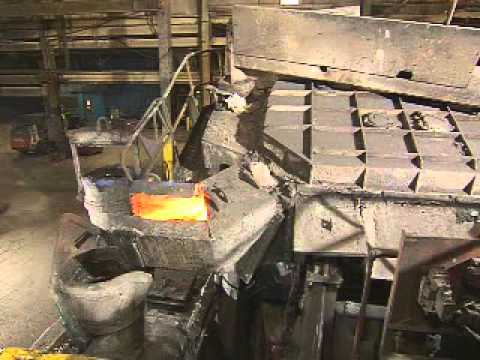 We could not compete in the race to the bottom with the rest of the world that was works like the previous two videos.

Let me be very specific…
Yes you could use wood and charcoal to make iron castings.
They do this in Brazil but it contributes to the destruction of the rain forest.
Its cheap but its not cost effective or environmental sound. ( unless you don’t pay workers or care about the real world costs )

If you watch from start to finish you will see some plastic bags of what I think is Bio-Char from the local market being put in the skip.
I don’t know why since the boss shows us he also has a bunker of nice looking coke.
Maybe he is trying to control some impurity in the process or something because the biochar is a superior fuel with less ash and things in it.
Its also a lot more expensive…
Maybe he is trying to adjust the carbon content of the iron…
I don’t really understand why, but there it is bio char used in cast iron production. 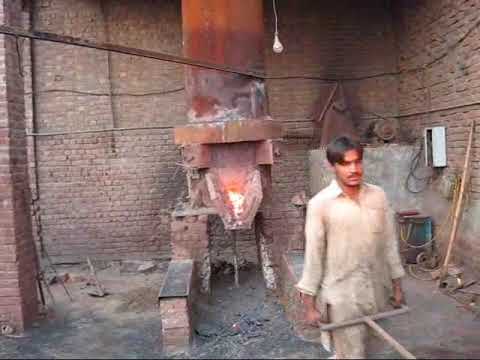