Ok guys I’ve talked about it a few times and now that I have a plasma cutter to do more intricate cuts I’m confident enough to attempt this. I’m basing this off of the video of a Swedish WW2 era motorcycle gasifier. I had asked him in a comment what size of engine and he says it was for a 500cc bike.
It’s a single nozzle charcoal down draft unit.

Here’s the video just to freshen this in your heads: 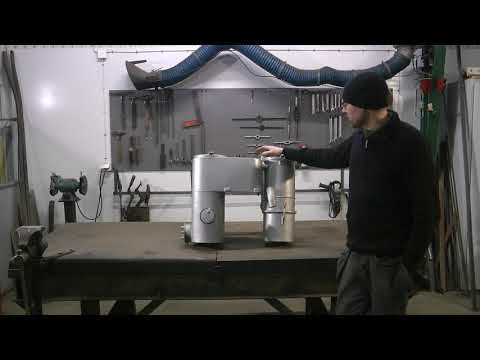 I don’t have anything appropriate to add a hopper extension but the compressor tank is taller than this build. It’s going on a funsies bike so capacity isn’t a big deal.

For the grate I have some 1/8" plate that I can cut to fit the inside, to hold up the grate I’ll weld in some angle iron shelves. I’m hoping to not fix down the grate to let it rattle while going down the road.

My nozzle head will be a small bevel gear from a differential, with the end having most mass pointing towards the reaction. I’m hoping it will have enough mass to keep from burning away but I’ll make this a screw off piece to be safe.

Since the ID of this gear is smaller than 3/4" pipe I might give Matt’s water drip system another go.

I would like to recreate the cyclone bag filter pictured but that’s a bit too advanced for me. I could maybe make a tall narrow bag filter and introduce the gas on a tangent.

This will power a 196cc engine, but it can rev up to 6000rpm+ so I feel like the sizing will be sufficient to keep from running too hot.

Provided it doesn’t rain tomorrow I can get started on building the reactor itself.

I’m thinking of spacing the nozzle roughly 6 inches above the grate, judging from the video that seems about right. I wish his video had subtitles that I could translate off of, maybe I should just learn Swedish off of Duolingo.

Hey to our Swedish DOW members. Cody needs some help on translating parts of the video.
Bob

I understood the word gas. I’d like to know what he was saying about the nozzle and grate from about 7.30. You can tell by the tools he has hanging around that this isn’t his first rodeo. I’ve been looking for a blacksmith vice like the one he has on the right side of the table for a long time. They are probably all out in someones yard for lawn art.

Guys, he just bought this old gasifier he is still in the investigation state. “This is the grate, this is the air nozzle” and so on. Not much info that we don’t already possess. The fabric used for filtering is burnt and where to fit the cone is unclear.

Thank you JO, by watching the video again I could tell he did not build it. So we can just say He is a newbie with gasification and has little experience with it.
Bob

Oh no he’s pretty skilled with gasification, you should browse his other videos. Very sweet car that he has on wood.

I will check it out thanks Cody.
Bob

From what I understand he has so far only been dealing with wood gasifiers and now starting to investigate possibilities to run small engines on charcoal.
@Jan talked to him resently and may have more info.

Niklas has been doing this for a while, I think he has had some help from Johan Linell, for example with the filter cloth he uses, and Gengas Werner, who has run gengas for over 20 years.
I think you will find most about him here. 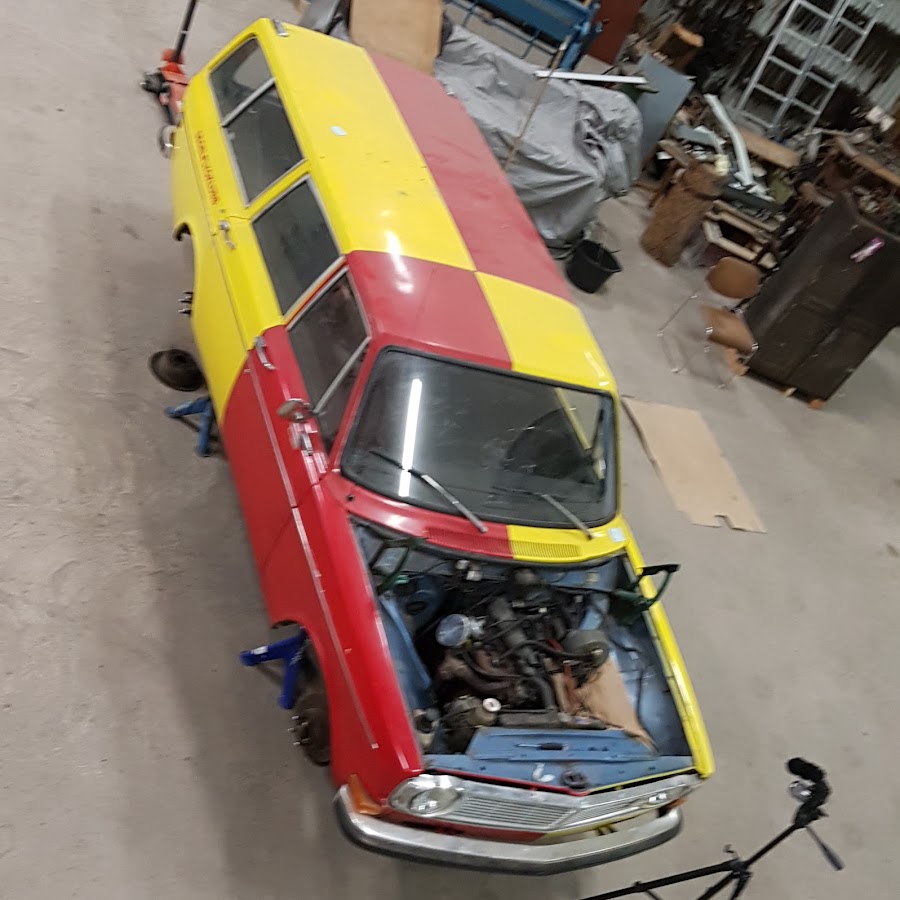 Hello Jan and other’s who upload youtube videos.
I try out three of Niklas’s video’s. None were CC enabled. Therefore none could be text translated.
I have seen this more and more on others youtube video’s recently like Wayne Keiths.
Do you have to pay for this capability?
Manually enable each and every time a special upload button?

As not-perfect as Google-translate is . . . it is still better than the nothing the majority are not getting.
Regards
Steve Unruh

I did a little looking and I don’t see anywhere that enable closed caption is a option, but under the faq sheet I found YouTube’s response to this question
If your video doesn’t generate automatic captions, it could be due to one or more of the following reasons: The captions aren’t available yet due to processing complex audio in the video. … The video is too long. The video has poor sound quality or YouTube doesn’t recognize the speech.

You used to be able to submit CC to the maker of the video but I think Youtube axed that due to foul play, people purposefully mistranslating the speaker.

I have one end of the compressor tank cut off, and what will be my grate I have hogged out of the 1/8" plate. Also have my nozzle welded up ready to put in.

Going to weld in a 1" Conduit threaded coupler to attach my nozzle. It’s non tapered threads so with NPT it will screw in all the way and then snug up. Should be fine but I can always seal it up if I need to. Forgot to take pictures but I’ll send some in the morning since its dark out now. I’ll have to drill pilot holes into my grate plate so the plasma cutter won’t have such a hard time.

By the way for anyone confused when I say “hogged out” it’s a colloquialism for a rough cut. Not sure if that’s a known phrase in other languages. Here’s the plate and air tank with a cameo from my dog Polly.

I’m still working on this, just been planning it all out.

I’ve got the nozzle made up, just need to weld the bushing into place. I’m thinking of having the grate plate be as low as possible and the nozzle rest 6 inchest above the grate. I’ll add a section to one side to make into a Dropbox, and then work on the cooler. The trickiest part will be ensuring I have enough cooling to have decent temperature gas for my rubber couplings after filtering.

I am going to copy the original filter cyclone combination, after the cooler it will run tangentially into the cyclone which then goes up into the bag filter. I have a fire extinguisher bottle that I can use to be that housing. The drop box area will also have a door for ash clean out. I’ll most likely have the nozzle face the tail of the bike, and the drop box face forward to give more cooling surface in the wind.

What I could do with a sheet metal slip roller.

I think I’m going to take a note out of Mother Earth News and go with water cooling the gas before it reaches the filter.

I will make as close of a copy to the original cooler, but because I don’t anticipate going faster than 35mph most of the time, I think it’ll be prudent to attach a water jacket over all that.

The cooler is only about as long as the width of the bike frame in the rear rack. Even with baffles to elongate flow it only leaves maybe 2 feet of a chance to cool it down. If it was an updraft unit I wouldn’t worry but since it’s essentially a diagonal downdraft I’m worried about high gas temps.

I’m wondering if I should even use a plate grate or extend the char bed by using a perforated pipe at the base. Would give a couple more inches of char bed depth. I’ll use a vented cap and not fill the jacket entirely to allow for thermal expansion, vent just in case it gets to boiling.

I am going to use an ammo can as the built in drop box for the reactor. I’ll make a ceramic wool insulator for the lid to save the gasket.
I’m going to run a tube for a grate. I have a heavy duty cylinder that’s already capped off. Just need to poke some holes in it.

Forgive the prop comedy but imagine this kerosene heater is the gasifier base and the ammo can is hot metal glued to the side. I’ll have the hinge facing upwards because I can drill for a hole and weld in the gas exit.

It’ll be pretty close to the original in form factor besides the grate.