after a bit of research it looks like it was offered with the 6 cyl engine… I honestly can say I don’t ever remember seeing one up here like that… i started working at a GM dealership in the parts dept. in 1989… did that for 10 years or more. I’ll look it over before I bring it home, for sure.

New transmission mated and bolted into the chassis. Looking good Chris, when you get it running I wood like to see a video of Mad Max chunkin wood,

Where did you get that frame that it is mounted on? That almost looks like Peter’s fabrication skills.

Bingo! See earlier in this thread, he sent me home with a chassis and a rear axle (among other things). Excellent fabrication work! I hope to be there someday…

Hi Chris
Just a suggestion, make provision for a big alternator on the back of your chunker , so just remove the drive shaft and connect to a alternator, to power you house! There are a lot of tractor driven alternators out there that an agricultural PTO shaft slips on to. Weld on a tractor PTO male on to the yoke on the transition !
Thanks Patrick

The tractor PTO running opposite the motor direction makes it handy using hydraulics pumps. It runs the same direction if mounted to the front of the motor or the PTO.

Wayne, you think of everything ! I never knew they rotated in opposite directions.

Now that I’m looking around, there do seem to be devices called PTO reversers. Apparently some Asian made tractors turn the wrong direction too and need to be “fixed”.

you could put the transmission in R for right direction. lol

Haha Dan you posted as I was editing to say the same. Seems obvious now…

Any issues with that approach?

Hi Wayne and Chris
Yip PTO run in reverse, the alternator I have does not mind which direction it runs, and the fan on my unit is a flat blade, so either direction is still fine. As Dan says just a matter of maths as to which gear D 1 2 3 or R , just don’t over rev it as the windings will get throne off the rotar! Seen that on a 540 alternator spinning at 1000 rpm !!! Not pretty !
You could probably power you whole neighborhood with the Mad Max Chunker !
Thanks Patrick

Bit of progress - got a radiator mounted up, the one from my old Dodge (replaced it before selling the truck, saved the old one). Made a front grill from expanded metal.

Also added a battery tray and ignition control panel - I can now crank and run the engine by hand-dribbling gas in the carb. Trying to get the brake drums off the axle… man what a pain! I’ve beat on this side till I’m about wore out, and only got it this far. Can’t’ see what the hold up is, just the shoes grabbing it I guess. Just a few more licks and I’ll have it off (I hope!) Good Morning ChrisKY
Looking good alright.
For now if you want you could high pole mount a bottle of gasoline and gravity feed that “RottenChester” carburetor. Slick way is a plastic boat gasoline tank electric pumped.
I figure you have the out and in transmission cooler lines for now just rubber hose looped? You do want to only run with fluid in the tranny and pumping to keep it internally lubricated.
Since your trans will be so lightly loaded at a wecking yard you could just snag off a powersteering line cooler loop and hang that front or rear of the radiator for the trans cooler.
Get some kind of radiator fan shroud while you are at it.
You could easily loose 80% of that big flex fan capability too. Or at least use all of that engine blown warmed air to do some relevant like just in time wood fuel dring.
Like say expanded metal boxes, lift off hooks hanged on sides and over the top for fuel chunk drying and /conditioning. 6-8" thick across and X by X long and high. Enough in each for a one hopper load recharge. Theses be your neighbors sounds dampners too.
Stationary it can be fun to thermal integrate all of those normal vehicles blown away heats now just an arms reach away waiting to be used rationally. 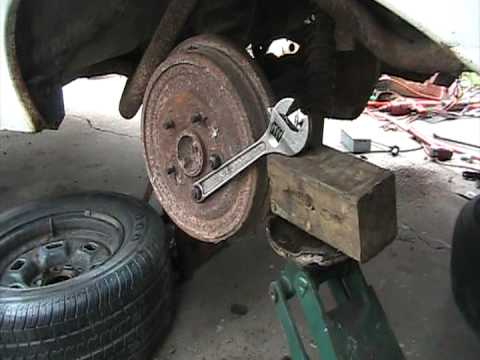