This is the official thread of information about the 2013 Indiana woodgas meetup.

Most of the info from last year still applies. 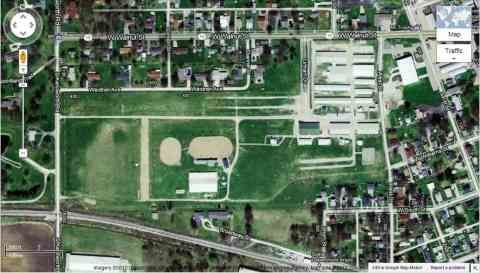 If you’re coming, please RSVP and view the results here. [links removed: this event is over!]

Sorry, moving your center of gravity, but I put my avatar on France, in principle I should build a gasifier truck in the winter, a truck berliet 500k ford fuel line 6 cylinder, 6 liter if my finances allow me to join you for your gathering 2013.

Meet up 2 years ago was actually around 20 miles west of Joplin, MO south of Pittsburgh, KS. I will need to find a newer vehicle to do Indiana next year. My cavalier runs great so I hope to find a similar vintage pickup with a 2.2 to pull the trailer … No luck so far. Lots of junky v6s around but most have that vortec motor in them and I won’t run the gas through one of them … Ask Tom C :o) … Was still dealing with Lyme disease in Indiana in May and going through another round right now … Damn ticks … ML

Ron L. has volunteered to set everything up as last year. Most agreed that the weekend after Mothers day was the best weekend .

We have ask Mike LaRosa and the woodgas group for input and also need too run it by Gary Gilmore and his charcoal group.

I wanted to bring this thread back to the top.

Four months and counting down.

Gary Gilmore, hope you can make it again and bring your group with you.

Mile LaRosa, I known you will be there but bring plenty of the woodgas group with you also.

Neil, that’s right. We’re wedged between Mothers day and Memorial day weekends. So the dates will be May 17-19. Be there!

Hello Everyone; I talked with the Fairgroungs caretaker yesterday and we have it reserved for the 17,18,19, Fri Sat Sun,in May .
Last years three days went real fast maybe it was just me really good time. I hope everyone can make it it will be worth every minuite of it.
Thanks ,And Keep on Burning Wood, Ron L.

Thanks Ron and Chris.
Just want to know how fast I have to get this truck done.
Now the pressure is on!

OK, I’ve added a spreadsheet to keep track of who’s coming. Please sign up on the spreadsheet if you are coming! This will help us estimate the size of the event and plan for food, etc.

Some good info that still applies is on last year’s thread: http://driveonwood.com/forum/80

To answer specifics: camping on-site is very cheap (Ron may know the price); nice clean shower/bathhouse facilities. Hotels are available in the next town.

What to bring: Food! We ate well last year but food is a big part of the cost; the more you bring the cheaper it is for everyone. Nonetheless we’ll have some main dishes provided.

Water is easy, we’ll have several cases around. Still smart to bring some. Plan to keep any food contributions in your own cooler.

Thanks Ron & Chris and others. Do you need any money up front?

Hi Carl, We’ve got some leftover from last year that I think will be enough to get things started. We’ll be taking donations on site which is easier all round.

The camping at the site is AOK. I’m thinking I might camp this year instead of doing a hotel. I can play more music and drive less ?? There is a building that we can take shelter in should there be a stormy night. The showers and bathrooms are in good shape. I was without hot water at the hotel and the owner gave me a key to another room so I could use the shower there but I preferred the showers at the fairgrounds. I had to take cool showers as I was having trouble with the heat that weekend. On Monday morning (after storms on Sunday night) it was back in the 70’s and I was just fine. The only drawback with camping as best as I could tell was the occasional train going through. Maybe some of the other folks could comment on that ??
On the home front, I replaced the aluminum crap going from my cyclone to the cooler yesterday on the truck when it was 40 out. It was rotten beyond belief and someone at Argos had squashed it last year but I was running the trailer so didn’t care or say anything. I used some 600 PSI hose for that stretch. It has 2 layers of stainless wire in it and my saw had troubles cutting it. I filled the hopper and ran the gasifier for a half hour or so and I think things will be ready to roll on that one again. Fire looked good through the nozzle and temps were good and gas burned good and was clean. Wish I could have played at night to actually see it. The cold front came through last night and we had 50 mph winds for many hours and we are in the single digits now.
I just hope I don’t get Lyme Disease again this spring like I had last year … It was a drag and the secondary issues all hit me while at Argos … We are still in a major drought here … We were 11 inches behind by fall and we have only had 3 inches of liquid water all winter so far … The Argos area was hit hard last summer as well …
Mike L

I may need Ron L to send me down a Notre Dame bumper sticker to place over this Alabama license plate before we venture up there.

I made a post on the yahoo woodgas group. Not much in reply so far … ML

Trying to get things in order to get there from Youngstown, Ohio area & hope to be there Fri afternoon. There are 3 of us working on this gasifier and more people interested all the time as we talk to others. This will be a great time! We have a new design on the heat exchanger I hope to talk to Keith about as soon as we find out in a few days if it is feasable.

Camping at the fairgrounds is free if you don’t use electricity. There are lots of electric hook-ups for anyone wanting electric @ $15.00 per night. There are modern bathrooms with very nice showers. Camping area is just a grassy field not much shade.
Any one interested in a Hotel needs to do it early because of ND graduation in May. The hotel rooms very from $41 - over $100 per night there are different options in Plymouth and Rochester. Rochester, to the south, is a few miles closer and less expensive. Anyone interested for more info can contact me call (574)780-5039 or do a search for hotels in Plymouth or Rochester area.
Mr. Wayne, looks like we are the ones that should have an Alabama sticker for our truck!
Thanks Ron L.

Thanks for bringing this back up Ron. Folks, get your reservations soon! I’ll also remind everyone that the RSVP sheet is here: http://tinyurl.com/indiana2013, please add your name if you’re coming. You can also sign up on Google Plus.

As last year, this is a semi-private event for insurance reasons. You’re all invited of course! Just need to RSVP if you can.

We may also have a parade/drive in thing if there’s any public interest. We should have plenty of trucks this year. But mostly this is by woodgassers for woodgassers.