If I can get a ride there early sunday,what is happening sunday and what time will they shut down sunday, or is this event for monday also.Thanks

People are usually packing up and leaving by 9:30 am Sunday morning. Last few years it was pretty much empty by noon Sunday

Thanks mike brier for the time table responce,gess i better get there friday night at the latest if i can make it.

Time is really flying along . Six weeks from today we should be rolling into Argos . Be good to see the woodgas gang again .

RSVP Reminder! If you haven’t signed up yet, please do so.

Hi guys I just thought I would let the new guys who may be driving to Argo’s in there wood burners a little advice. I seem to only get a little over 300 miles befor I need to dump the ammo cans, I don’t know why I can’t go as far as some but that s just the way it is. That means I have to find somewhere to dump ammo cans during my trip. You will need to have you a pump up sprayer to spray the red hot pieces that will be falling out. The trip to Argo’s was my maiden voyage and I had no idea what to expect. The wind was blowing around 20mph when I dumped the first time and I was behind a truck stop as far away as I could get from anything on gravel but near a grassy area. I opened the ammo cans and everything was fine until I poked around a little and got red hot pieces falling down. Started a small grass fire which I stomped out, but will not go on a long trip without my sprayer again. Helps to cool the ammo lids when cleaning them off prior to closing them. And to spray the hot char under your truck. I had been running hard and must of been burning pretty deep into the char.
Gary

Hope you can make it Gary

what is the latest i need to let you know

No cut off date, just keep us posted if you can. Hope to see you there!

Thanks Chris i am pretty sure i am coming however it has been difficult to get anything accomplished we have been in a drought for quiet a few years, now it does not seem to want to stop raining long enough to dry up i will keep you informed

I notice on the signup sheet, the last entry is for Larry Winiarski. Is he the guy who designed the rocket stove?

Hey Wayne…If someone sends some peanut brittle home with you this year you may want to put it up front with you so Lisa don’t have to undo her seat belt to get it out of the back seat…LOL. Funny how some things are so easily remembered. Bet she still gets fired up about that. I still chuckle when I think about it.

We had driven 1,500 miles with the seat belts on neat and proper . 10 seconds with the seat belt pulled under her arm as we were stopped at a four way stop . Lisa reached into the back seat then just had to wave at a trooper setting at the four way so he could see the belt was under the arm and not over the shoulder .)(Y*&EEWQ%W^U*&()_(**^%&$RT*YU

I try not to even think about the above as in the years past I have helped pull the troopers out of some tight situations risking life and limb.

On another lighter note . I didn’t put but about 25 miles on the wood trucks yesterday but I did use the wood burning tractor about three hours .

Looking forward to seeing ya again

I’m sure most have already seen these videos but I thought I would bring them back up again . 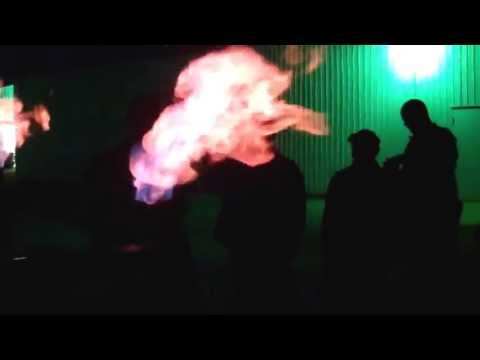 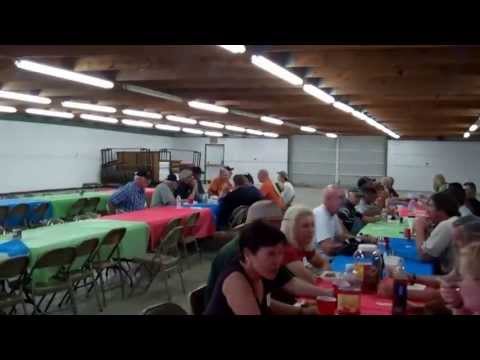 My Argos truck just blew a brake line … Just add it to my worry list …I saw the master cylinder was empty in the back … It’s just a seep right now but I’m glad I took the trailer off the other day … It’s a seepin drippin leak. Leaves a 2" circle when I park … Needs to be done on a lift … Hope the local guy can do it this week … He has to work around my hoses :o) … It’s the line going to the right front caliper on the back of the cross member … You folks down south don’t have a clue … Live in salt land … Happy driving … Mike

Regarding our get togethers … Spell check don’t like that … First one in the USA was at at Bruce Jackson’s in Calumet Michigan. Second one was at Mike Anthony’s in Akron Michigan … Ron Lemler brought sacks of wood which we used … THANKS … It had rained for weeks there and all the wood in the area was soaked … I dealt with the cops when they showed up …Next one was in southeast Kansas 20 miles west of Joplin shortly after the tornado … Then we’ve done 3 in Argos … I just put that out there so we don’t lose track … Mike Anthony is doing OK … I talked with him today … He had planned to do Kansas but , you know … I will push him to do Argos this year … This is a busy season for me right now … I’m sensitive to the corn planting chemicals so my BP is like 210 over 150 right now … No medications work … I guess I could move to Florida ??? Yeh righhhhhht … Mike

HI Mike. Have you considered copper lines for ease of bending and salt proof? A mechanic can’t do it for the legal aspect, but why would the tube ever work harden or crack if it’s left alone after installation?

Hi Doug, I have used copper for lines for over 43 years and have never had a problem with them at all !!! They last longer than the trucks !!! Only problem right now is I’m over 60 and if I try to repair this myself I won’t be able to work for a week or better (have lyme again) … I can make close to a grand this week surveying and the local mechanic will be happy to make a hundred or 200 bucks to replace the lines … I’ve known him since he had diaper rash … It’s cool … C ya soon … Mike