A thread for blacksmiths by Jesse North

I hear the Filipinos go crazy over coyote. They also traditionally eat dogs over there. Reportedly dog is really good meat. I’m not going looking for either, but if it was being served, who knows…

Lots pf people eat all kinds of things. I know a fellow that eats Horse meat.
I could not eat one or the other, My dogs would probably not trust me and horses are a lot like dogs…

I don’t know if it’s really true and exclusively dogs and horses, but I am told they are so in tune with the people they live with theses are the only animals that can read your face and look where you point your finger. Is it a sign of higher intelligence, I don’t know.

A while back my brother called in and shot a coyote with a lot of dog in. It even had due claws. He was upset by that, too much dog for comfort, but it was still coyote and not something he wanted around his home.

Coydogs are even more dangerous simply because they look more like dogs. Had to shoot a coydog that was mixed with half Chowchow. It almost looked like a Red Wolf and that sucker was HUGE for a Coyote.
Only reason why I say half chowchow is because there was a male stray chowchow running around at the same time. Red colored.

I met a fellow who had a dog that was half coyote. For the most part it was pretty normal, but it appeared to not have the same social intelligence, I saw it have a meltdown in a situation with other people and a dog.

The reverse will be bad, because they will have a lot more tolerance for humans, less distance means more trouble.

Ha, l find it funny how surpriced people are regarding horse meat. Its eaten here all the time. Our national breed is actualy bred to a large bulky size for that reason. Meat being lighter in colour thain other breeds too. More similar to pork thain anything else.

Traditionaly, when a mare gives birth, the young mares are kept to be sold, but 90% of the time if the young one male it is slaughtered at 7 or 8 months.

Ha, ltalians are even crazyer. They buy all the wornout old as the earth horses. They are not picky

I’m wondering how Jesse did with his forge project. Been a few years since I was willing to divert any time to forging but at least for me, there is a lot of satisfaction in pounding out steel. There is no coal around here. I always used charcoal and it always worked fine. For a while I was watching the Forged in Fire show on the History Channel but quit because the people they put on there kept making the same blunders week after week.

I still have the forge. he hasn’t done much with it in a while. I have used it a few times to bend some metal. It was cheaper than propane for the torch. I made a knife with it once but that is probably all that has been done with forging since he first made it. He has been preoccupied with school and he is also a computer tech guy so he spends a lot of time building and programing computer stuff. He got himself a 3d printer and is now working on building a small robot. I have no idea what it is for. So his interests seem to have changed a bit. (I wish he would finish is char powered lawnmower so I can get it out of the middle of the shop.) I have been considering building a bigger forge if I get a chance. I have a few things I want to make that wont fit in our forge.

I wouldn’t put too much effort into building a forge. Mine is just a 55 gallon barrel cut in half lenthways and lined with clay on rerod legs so it’s three foot long in case I ever wanted to build a sword. I haven’t and it’s way oversized for most stuff. I use the blower off a power vent water heater. The main thing is to have a conveniently located switch to turn the blower on and off without have to move much. Using charcoal or coal you have to be hyper aware of the color of your steel and taking your eyes off it even for a few seconded to find a switch can ruin it. At least that’s been my experience.

taking your eyes off it even for a few seconded to find a switch can ruin it.

Yeah, That’s the way it seemed to me too. I felt like I could so easily have made molten steel. (And a big mess in the forge.)
It makes me think. I have melted and poured all kinds of metals except steel. I know how to make molds. So why not steel? Has anyone out there poured steel?
Rindert

TomH just the need to use a foot pedal switch. Or a knee/hip bump-switch.
S.U.

Ha, that’s funny.
Tom, you and @TomC have a similar sence of humor. I wonder where he went?

I hope @Tone chims in. He made a good lengh adjustible forge. Hope he can share some pictures

you and @TomC have a similar sence of humor. I wonder where he went?

I wondered the same thing this morning so I sent a PM. Waiting for a response.

This is my favorite one from Tom which was directed toward you:

“You live under a lucky star!! You do all these things that you aren’t suppose to do, weld stainless to steel, take out the grate, forget to put in a ash clean out, and stuff more than double the nozzles suggested by the old timers and it all works out for you. Now you stuff a rag in a hole and the engine eats it, but it doesn’t matter, the hole filled over with soot. I build right by the numbers and nothing works. I bet when you go fishing the fish jump right into the boat before you get bait on the line.” TomC

restoration of the tip for a hydraulic hammer this beer was given to me by a neighbor, a hunter in the Kočevje region, you have to try Kristjan, …

Ha, ltalians are even crazyer. They buy all the wornout old as the earth horses. They are not picky

An Italian gentleman I knew told me a story one time about a heavy horse he bought from a German fellow. The German asked him several times if he was going to work the horse or eat it… Bruno said work the horse, he needed a horse (Bruno was a black smith too and the story did not make a lot of sense to the German fellow ).
He ate the horse…
The German fellow was mad at him and said he would never deal with him again.

You know what you do have to eat up there we don’t have in Canada? Its those Row dear or Capreol.

Bruno passed away at a ripe old age of 90. He gave me his anvil and some tools with bags of coal because I used to fix his garden tiller and help him out. I wish I had the skill he had. He even showed me how to make a spring…,.

I wish I had the skill some of these people you see on youtube have.
I just had to share this video. 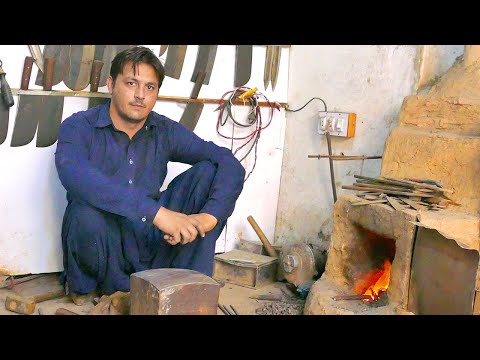 Where do you live, Wallace?
There’s probably a blacksmith organization fairly close to you who has training and meeting where you can learn.
Read this page to see how to get started, if you want to:
https://spaco.org/Blacksmithing/GetStartedBsmthg.htm