It’s down to $1.39 down south her e now. Gas is generally cheaper here than up north. And we generally have lower average wages for similar work. The South is much less unionized. Cost of living is cheaper in the South generally. Certainly property taxes are lower in Alabama than just about anywhere. And we probably have fewer regulations over all. That’s why new york city buries their human waste in Alabama by the train load. So it’s cheaper to live here. It’s a right to work state. And a right to build state. And a right to homestead state. And a right to carry state. Etc. But we have fewer government programs in general also. Folks here are also kind of hard headed it seems, so the governor just today cancelled all public schools for the rest of the school year. And closed all businesses until the 17 the of April. I am wondering how these rebels are going to take that.

Same here regarding petrol prices. Many people stashed loads of fuel because they thod the crysis wuld cut off supply, you culd see people hauling all trunks full of fuel canisters. Then fuel got allmost 20% cheaper

they must feel so stupid

And closed all businesses until the 17 the of April. I am wondering how these rebels are going to take that.

Actually, I found out yesterday that all the factories in the county are still operating. Cabinet shops, chicken factories, sewing factories, etc…The order is “close all non-essential businesses”. The workers all said that if it wasn’t “essential” they wouldn’t be working there to start with. Probably bad news for the curve, but good news for our wood supply. The cabinet shop will keep filling our trailers I guess.

K, we bought a little fuel also. Wish I had waited. Wanting to get a big tank to buy diesel for the rest of the year before prices go up again.

JO, maybe this is not the place to put this, but since you’re our Swede, and we don’t seem to have a thread for this subject (maybe we need one so the folks who want to not hear about it can avoid it)… I noticed that you Swedes are a bit rebellious also. 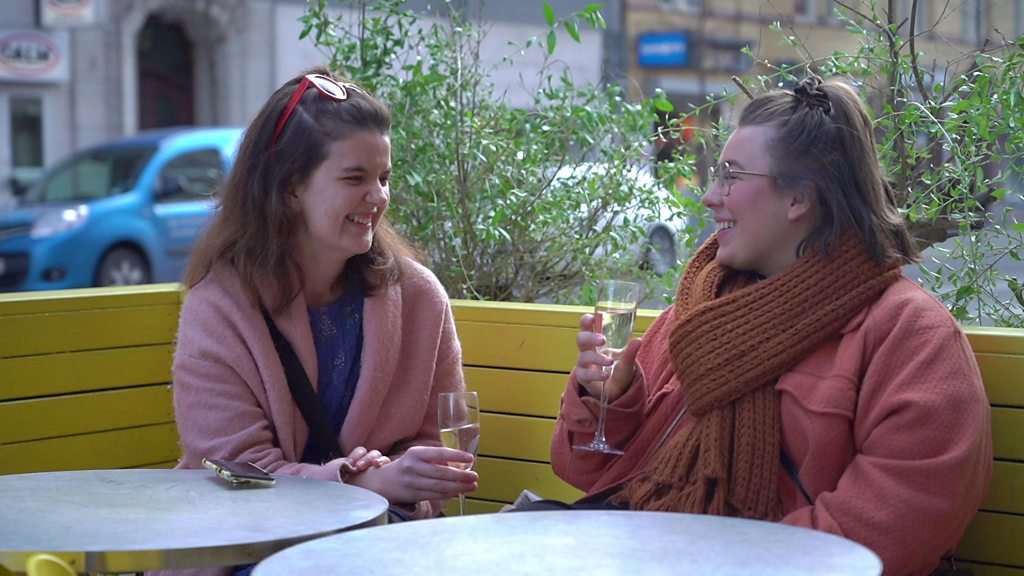 While swathes of Europe are under lockdown, Sweden is allowing life to go on much as normal.

I noticed that you Swedes are a bit rebellious also.

Haha, I don’t think so. Quite the opposite actually. While many countries need legal enforcement we’re perfectly happy following voluntary recommendations.

A quote from your article:

“there is a high level of trust in public authorities in Sweden, which many believe is driving locals to adhere to voluntary guidelines.”

One reason for this might be we have non-political authorities in every field running things. As far as I know our prime minister held one single speach during this entire affair. In most other countries there are political decisions made where leaders want to appear determined. We prefere decisions based on scientific evidence.

Our state epidemiologist has close to rockstar status by now. He’s appearing on a daily press-conference on the news. He made it clear from start this will go on for several months and that we need to find a level of actions that we can live with and maintain. The most important thing is to slow down the spread enough to keep heathcare from an overload. Shutting down everything will make more harm than good. Why schools still are open for example.

Petrol prices are regulated here. Each second tueseday the goverment decides the price for every station except those on a highway. We get to know the price one day in advance so l can wait a nother week and see if prices go up or down, then l plan to make some reserves too

Here in Australia its a free for all ,pick a number hold that number in your head for a moment and then add say 20 ,no 30 , oh damn it 40 cents more .
there is a fuel cycle here one week the price will fall in some garages down to say $1.30 a Litre and that will last anywhere between 3 and 7 days and then bang it will jump in one go up too around $1.70 , it will stay at that price for a week or so and then like snow flakes over the next 2 or 3 weeks prices will gradually drop a few cents at a time

Our fuel is expensive compared to most other nations. We have German prices (usualy about 6-7$ gal and Balcan wages (minimal monthly wage at around 800$, averidge around 1100). But luckly our prices are relatively stable, riseing a cent or two per two weeks. Now they dropped 17c

Haha, I don’t think so. Quite the opposite actually. While many countries need legal enforcement we’re perfectly happy following voluntary recommendations.

A quote from your article:

“there is a high level of trust in public authorities in Sweden, which many believe is driving locals to adhere to voluntary guidelines.”

Being married to a Swede, I totally understand this phenomenon. Must be the most agreeable culture on the planet. LOL

Billy, there are exceptions. I’m married too. Just saying

Billy, there are exceptions. I’m married too. Just saying

that’s one of the funniest things i’ve ever read. lol

Sold some lumber. A 100 mile DOW delivery rountrip was inluded in today’s price 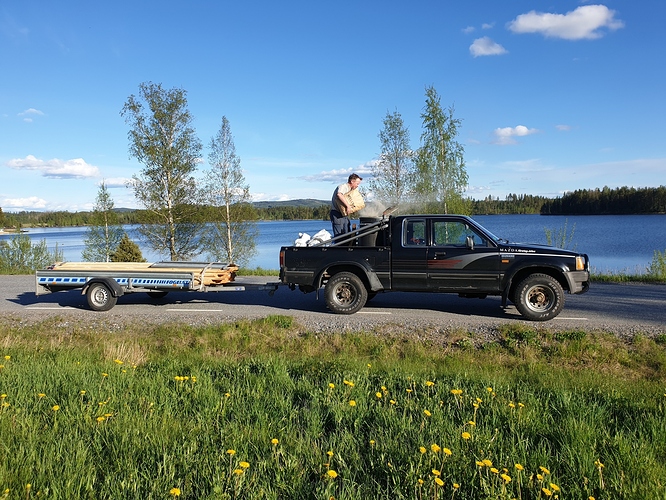 This is now my favorite DOW picture. Beautiful setting, truck, and I can almost smell the smoke.

Mike, wife was the camera man and unfortunately I showed her your comment. I will have to leave home and go for a DOW until her swollen head recovered

JO, Jakob said you were wonderin where I have been…I am doing much better these last several days. I am gaining energy back again so that I can stay awake all day now. Not working too hard yet, but trying to get stockpiles in order so we can survive the seemingly inevitable collapse of modern society, LOL. I notice, even you guys are having protests …Who’d a thunk it. There were protests in at least 13 Alabama towns/cities today. some minor riots in a couple of them.

I’m glad you’re doing better.
I heard about your protests but I wasn’t aware we had any. Enlighten me please.
EDIT: I see what you mean now. I scanned the news and found it. Stockholm. 50 people limit (recommended social distancing limit) was overrun

reported here as a protest in Stockholm

Inspired by Kristijan I wanted share some progress too, but I have very little to report apart from chunking, wood piles and a few rows of potatoes

And you’re probably sick and tired of watching my steering wheel turn as well.
What I could mention though, is what nearby friends of ours told us yesterday. Their son is at university in Västerås, some 150 miles south of here. He is attending alternative energy class and to his surprise my name was mentioned when vehicle bio fuel was discussed. He proudly announced I’m his neighbour

Shut down last night after a 100 mile roundtrip. About to light up again in an hour, going to work. Life goes on and SWEM.

There’s a first time for everything in the DOW business - Today, POLICE !!!
I was hauling an overloaded trailer of lumber today and stopped at the roadside for refuling. I was just about to close the lid when the police pulled up next to me.
-Oh, is that a gengas vehicle? We thought, with all that smoke you had serious engine problems, one of the officers said smiling.
I said: - Not at all. This is perfectly normal.
I was asked questions about how far I get on a hopper of wood and things like that. Not a single question about wether the truck was legal, driver’s license, the weight I was hauling or anything. Nor did they pay any attention to traffic honking behind them or to wife shouting: - Down, down ! The dogs were riding in here lap and she wanted them to hide on the floor

I only regret I didn’t think of using the camera until they drove off.

but you can laugh, haveing the truck woodgas legal. Here things might turn all sorts of directions, if the cops were of tge cocky kind…