Continued from “what else is going on” thread, now called “Life goes on (original thread)”.

[Was originally “What else is going on?” - this is the granddaddy original thread for the “Life goes on” series.] Here’s a thread for you to post what else is going on in your life, maybe the things that keep you apart from your project, or just interesting stuff that happens to you. Like this: We’ve been living with a construction zone almost in our backyard for about a month now. They are replacing the sewer line, and have been blasting through solid rock to do it. Or when they aren’t blast…

It was getting a bit long. I’ll start a new thread bi-annually.

They’ve been tearing up the road here for about 3 months now. Replacing all the storm sewers. Dusty and noisy!! Eight weeks worth of Growing-up.
S.U. Steve are those egg laying or meat birds?

Hey DonM
In this current 3 years expected cycle from live mailed in chicks raising it was the Wife’s turn to choose. Four breeds. Wynadottes. Dominique’s. Americana’s. Cuckoo Marans. First three for setting to hatching tendencies to hopefully finally get out self propagate program to quit stuttering to a halt. All breeds very able with lower expected yeild rates to be fall-back self-roving, self-forage. Have to have the space/neighbors to allow for this.
Last three got as all female. Wynadottes as straight run half male; half female. Breeding rooster will come from there - balance of males will be meated out at ~18-20 weeks. Rooster survivor has to proof himself out and be last one standing. All of these breeds yeilds a balance of breast, legs and thights meats. A go-back acquired taste. Still trying to figurer out the one white “sport” (albino) bird for what he/she actually is. Male . . . be meat.
For solely eggs: hands down are the Mediterranean White Leghorns. They will free range fine well too. Sassy fun birds. Never did get any to be sitters to hatching self-replacing though.
Best meat birds I’ve done were White Cornish. The breast meat birds. Free-range great. Too predator submissive, docile for here. Again no sitting/brooding/mothering for self replacing.
Tryed for dual purpose in the past with Turkins, Dark Cornish, New Hamshire Reds. Had mixed in others extremes in: BlackGiant Cochins - too slow - coyote meat; Silver Spangled Hamburgs - too small, too noisy - too selfassured - eagle and hawk carry offs.
Did two meat cycle batches in past years of the hybrid Jumbo Cornish X Rocks 8 to 12 week birds. Great feed conversion. Feed, water, grow then butcher and be done with it. Just too damn sad to me what we humans have genes commanding created. Any belief at all in “you are what you eat” and these will have you wondering.
Nutritionally and ethically.

Chickens raising, just like MikeL says about woodgassing, “It depends on where you are”. And I’ll say it also depends on what you want and can live with in the getting of it.
S.U.

My Wife is vice-president of her local Women’s Auxiliary of the VFW. She took on the task of organizing, setting up, an running a “No Batteries Required” “Batteries-Free” kids play area at our Town all-day Rendezvous Days, Do last Saturday.
Well. Where the one goes, the other follows; supports.
I: as a mere man unable to join “The Womans” was supposed to only be the labor, stake pounder, and go-fer.
She and the gals set up 11 different events/games. Short of event tables manning promoters - I Got Drafted.
I was Eggs Toss table primary. Backing up the rings toss and two different bag toss games. (one was my own tailgater party bag toss game - horseshoe rules)
SIX dozen farm fresh brown eggs used up. Better shell thickness variety. An excellent modern teaser feeds store “plastic” egg in my pocket. Stories of some hard boiled - most though R-A-W and goey. (they were all raw)
Single person toss higher and higher, catching IF YOU DARE. A winner; and hardboiled; and you get to eat it.
Two person increasing distance passing. Common you boys! Slow pitch underhand only! ( Lob HIGH for the head. Force a catch to save - a miscatch and wear it.)
Once a Hot-Potato of five egg tossing formed. Invited to join I made it six with now TWO eggs. Ha! Of course I got them back. An impossible high and low.
Spoon egg racing for the little ones. Pick your own spoon.
All variations Pick your OWN egg.
Ha! Six of those six dozen ended up up on my head and in my face. Most of them on my hands picking up.

I also backed up on the tug-of War with the challenge that I could beat solo, ANY three kids!! This was for the stand-aside boys there to just girl watch. Ha!
Nope. I never won once. But was never pulled down once either. Grunt, stalled em out. Or bull dragged across down in my Power Hunch!
This example got some of the Dad’s sucked in, involved too.
Photoed little. Missed completely the Lawnmower races. Too busy kids memories making. (Plus my camera does have a battery. Did not want to get wife busted - verboten tech’ing - not egging, contributing as a fools target)
Heres one for posterity of one of us “blue shirt’er” event mangers pitching-in, energizing, into the sack race competitions.

Go out. Take the kids. And have FUN. Make memories too.
Steve Unruh Sounds like old fashioned fun Steve! Did they all check in their cell phones and I-pods at the gate?

Ha! No DonM
Women were afraid the kids would fall down “de-energized”. Women also did not want the checked-in responsibility. Kids were allowed to keep them pocketed or pursed at their own breakge risk - a lesson. Phone photo all that they wanted. Busted for talking, or texting.
I was suppose to keep an example set of Old Fashion Fun.
As you know I’m pretty good at this egg in the face falling down stuff.
Warm rain showered off and on though (Yacolt kids just still play) and no way was I going down in the gotten slick Tug-of-War muck-wet area!
Or lay on my back barefoot doing the peeled banana passing game.
Most popular event was a bucket sponge race filled sponge carry (over your head) squeeze and fill a big measuring cup race. I had to tote and fetch a lot of make up water.
Two of the boys and one girl developed out they could beat all comers. Three sponge squeezed out into the measureing cup passes and they could win.
The inflatable bouncy houses were next side, with-in the actual baseball diamond. $6.50 per child to pay for the rentals and as a separate groups fundraiser.
We were Auxiliary sponsored free to the kids. This was a community pay-back project for them. Their primary fundraisers are internal at bingo’s, pie sells, chili and meatloaf cook-offs combinations. WA State/County Health regs requres a manditory $330. health inspection license for site event foods sold to the public.
Ha! Those non-public Women’s Auxiliary “events” really costs the spouces.
No hot food makes thier rummage and tree sales fundraisers kinda’ hungry; or Bring-Your-Own. Bottles water, canned pops and coffee only.
This kids events thing is new for them. Now with the games/events hardware gotton, and made up, the hope is to more kids involvement at these others.
Tip: an actual Wilson faced soccer ball works best for the water bottle lawn bowling. I told the kids because Wilson had eyes and can see. (heavier and does not grass tuft bounce like the inflated plastic and rubber)

Intergate moved my sites
If anyone has been looking at my pics, Intergate moved them to an ftp server and off the web server. I don’t know how long they will be there. They didn’t tell me squat. I have a lot of links to change on my other sites.
http://ftp.intergate.com/~mlarosa/images/woodgas/?M=D
is the current location.
Mike LaRosa

I have been going wide open in the hay fields the last couple of days and plan more through the week . Heat index around 110 F !! Not as young as I once was and just plain drained and beat !!.

Working the wood eating goat hard . it’s stamina is much better than mine.

I had to wait until this AM to get enough energy to type !!

Any chance the ac still works in the old goat?

Is your mower/rake/bailer a self powered (Pull Behind) or PTO driven? Sure would be nice to pull it with a wood powered truck with cold ac, a cd player and a cup holder! If not pull behind wheel powered equipment, maybe a pto on the wood truck is in order.?

Got home from the hospital yesterday. Feels good. Thanks everyone for your prayers !
carson

Good for you DocC!!
Now be less of a “Doc” and a good post-operative patient and do take your post-op medications.
Couple of week/months THEN you can be the cranky patient if NOT weaned off these as PROMISED - no long term meds needed with your tissue valve selection.
Best Regards
Steve Unruh

Real glad your back home . You had a lot of folks pulling for you .

The old goat does have AC. I don’t use it because I’m afraid it will spoil me. When I’m in the truck I never get over heated and always smiling.

Yesterday it was hot but it was a dry heat and I stayed with it until dark drove me out of the hay fields.

First picture below shows two diesels , one gasoline and one wood burner at work . Hopefully by next hay season the old international tractor will be in the wood burning category .

Second pic shows loading the international to haul back home. Seems to have low oil pressure after getting heated up . I will pull the pan and take a look at the motor bearing and oil pump.

On the hang out you were asking about my hay cutter and if I have run up on fawns . It is a 7 foot Kuhn cutter . 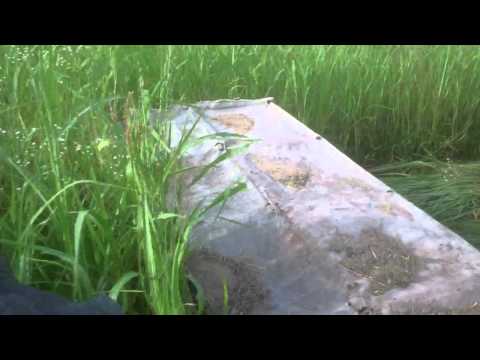 Years back cutting with a cycle mower I have ran up on several fawns but with this mower it makes enough noise and they see the guards and cover coming, they will jump and run. Happy Independence Day to all.

As most of us celebrate Independence Day here in the US ( can’t celebrate today but will the next rainy day ) and as I am driving by the gasoline stations I am thinking that some are more independent than others. May we also reflect on our independence of OPEC .

So many folks today can only celebrate their independence by using some foreign dependent gasoline to go out and buy factory dependent pre-packaged pyrotechnics.

I’d rather celebrate the TRUE spirit of independence by burning some 100% home-grown hand made fuel in my personal pyro-technic generator… Make some spectacular flares tonight guys!

I like things that go bang (Like H2) so bought plenty of fire crackers this year … Those Chinese are famous for that stuff and the local fireworks guy owes me money for 3 years now and I have zero trust in him in my book. He was supposed to make me up some stuff. I wish him the worst. Even when I was 4 years old, the only firecrackers I had were from China. I’d wait for my dad to get up and light them off with me. They have Arthur moving in on them now … Fireworks cancelled I’m sure … Off to the parade next. My wife plays trombone on the band truck in the parade. City Band concert later before the fireworks … 4th is a busy day around here. Be safe !! Mike

So much for knee high

Hope everyone has an enjoyable 4th Tom, It’s about ready to tassle here. My lungs are telling me so. Give my regards to Lincoln. Mike L