Kind of an interesting homemade battery: 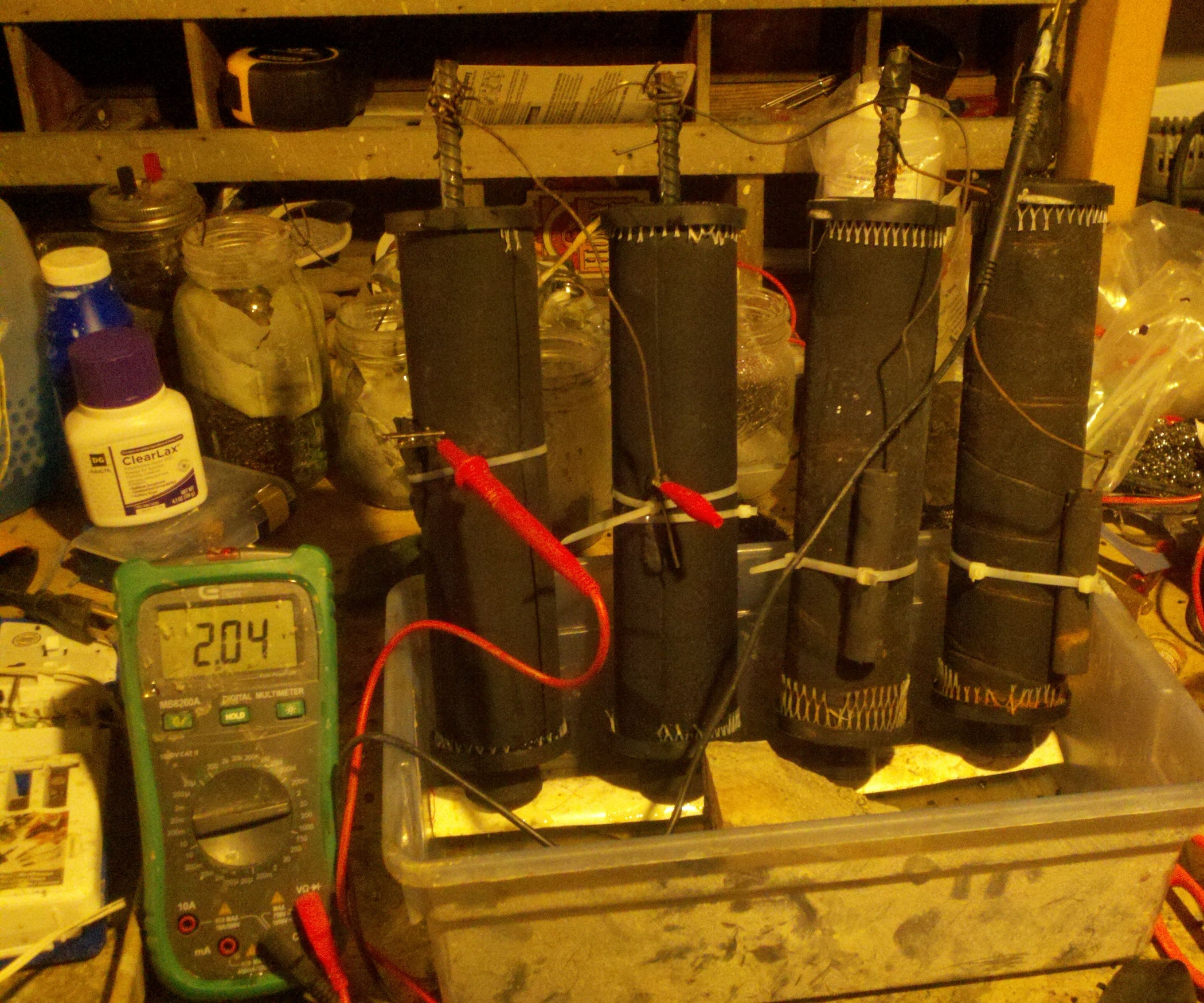 Create Large Refuelable Metal-air Battery.: Harness the power of rust! Metal-Air batteries are a way to capture the power of metal oxidation in a salt solution. In this instructable, I'll be building an iron-air battery, turning iron into rust... I’ve always wanted a classic Puch or Tomos motoped. They go for a pretty high price nowadays in my area.

Excellent choices! If I wasn’t hauling roofing metal today I would be on my 250r as well!

hello Cody, what country are you from, Tomos is also in the collection … Ha, a Tomos engine and later a Tomos moped was the first ever thing l gasifyed!

Thank you all for your help I realy aprichiate it! Just test fired the sistem. Works realy great! I installed a very soffisticated water injection sistem for a test run, thats my girlfriend with a small water spray;) Does a return exhsust sistem add any power to the engine or is it mainly for the temp control? As promised, the pics: [image] [image]

Ha, look what l found! The Tomos l spoke about! Good God how time flyes, l barely recognised the greenhorn on the video!

Where do you ballance the gasifer on those small vehicles?

Southern United States. They were imported for a few decades so but were stopped after the 90s when emissions got strict against 2 Cycle engines.
I was lucky to find a children’s dirtbike with the A35 50cc engine, with the 2 speed automatic built in.
It has a standard kick start instead of the bicycle pedal start. It has ignition issues and don’t know where to start with this.

Does it happen to be this one?

I had such a bike. Damn that was a amazing machine

No I have what they called the TX-50 I can’t seem to get the bike to produce enough voltage to generate spark. When I attempt to checkfor spark it does nothing. Multimeter says it’s making some voltage though.
The engine is basically the same as the motoped engines but with a more traditional motorcycle kick start.

I bought it with the intent to transplant the engine onto a beefed up bicycle frame.

The most common scooters are the Honda GY6 type bikes and their Chinese clones. Even hardware stores sell them. You don’t need a driver’s license to ride them on the road if it is 50cc or lower, you only need liability insurance if you cause a wreck.

Looks like they both have the same engine. The ignition is super simple. Not much can go wrong. Its probably a bad coil, a common problem.

Since it seems newer the ignition is probably a magneto. Not much else to it thain a magnetic flywheel and a coil…

I’m thinking of taking the engine to my work and having a coworker take a look at it. He’s a 2 stroke enthusiast like I am.

I’ve been thinking of restarting my Aquaponics idea.
I have a good number of 55 gallon plastic drums that I could cut in half and make into grow beds.
But instead of making my own pond, why not make use of this very healthy ecosystem in my front yard?
Blackberries like to grow on the banks of the pond and there’s very healthy fish in there.
Just pondering a solar powered water pump with flood and drain systems flowing back into the pond. Zero chemical additive. 20210624_194935_HDR1224×1632 716 KB
The pond used to be a creek until my grandfather had it hollowed out into a pond. Fed by a few natural springs and flows out to part of the original creek.
I already have some 12v solar panels that I’m not using, and some batteries for a backup power supply in case of overcast days.
Was thinking of having a water tank out of a 55 gallon drum, fed by a pump, which upon being filled just flushes down into the grow beds that flow back to the pond. Either that or having the tank primed up and filled and then opened to a slow drain to the grow beds, then equipped with U Siphons or Bell Siphons to dump the water back into the pond.
4 Likes
Bobmac (Robert Mackey ) June 25, 2021, 12:12am #546

I just finished writing and Dana ask me if I wanted to go for a walk to the river. The Columbia River water is at 60°f and really refreshing. It made the five minutes of walking home nice and cool.
Bob

It is beautiful before the sun has risen in the mornings.