True. This is what l hear from more or less everyone. Its why l always found it interesting since lm smoking my self but dont concider my self adicted to niccotine. There comes a day, say if there is a party, a trip with friends or something where lm in company of smokers and on those occasions l smoke a lot. On work days I usualy smoke 2 cigaretes a day, one walking to work and one walking from work. But when lm alone, or at home, l dont even think of smoking. Like literaly, l have zero desire, for days, weeks at a time. Only occasion l light one at home is when lm examining bees about once a month or so.

Smoked for 7 years then went to smokeless tobacco cause it was “better” for you and used it for 35 years. The patch helped me get through my rough spots. They say you haven’t quit until you’ve been off for 5 years still got another year to go before I make it that far and still once in a great while the urge comes but doesn’t last long. Hang in there seen to many drag their O2 bottles outside for a smoke they don’t last long.

21 vehicles have been broken into in my neighborhood

I have it on good word that 4 suspects have been arrested yet the other night a friend of the family got up and saw 2 more people snooping around his property.

I’m thinking of buying sleigh bells as door alarms for all the outbuildings. We have a few infrared motion detectors but they only halfway work and only cover major thoroughfares.

Of course we are speaking in generalities and stereotypes Kristijan but some hold true. My fathers family emigrated from Norway and Denmark in the 1890’s. They were very hard working, methodical people. I think of them like Volvo’s. Not exciting but dependable. My mothers family came from Ireland to Canada in the 1910’s. They liked to drink and fight all the time. They mostly all died from their excesses. Pretty close to the stereotype. I have watch old video of the Germans after the war. Just mostly old women cleaning up rubble from the streets and stoically organizing to rebuild. You would have never seen that from Americans. When Americans wanted something done they brought in Irish to dig out sewer systems and Chinese to lay rail across the west. When we wanted to go into space we brought Werner Von Braun from Germany. Of course the Russians did the same in that respect. But when the allies needed thousands of ships and planes and endless amounts of food and steel they turned to us because we didn’t used to overthink. Our hubris was our main asset. Things are different now, but Americans never thought they couldn’t. I see your work as being very Americanish. Grab tools and materials and stick something together and kick it until it complies. I see JO’s videos and his home and surroundings are all organized and thought out. His videos show that he is very methodical about getting the most out of his equipment. Tone’s pictures. Despite his protests that they are illusional, everything is measured and pretty much perfect. I see that as European. I think of Ukrainians and Russians as being much more like Americans. I get a real kick out of the you-tubes of the stuff they build and adapt. They are just like me. They see a piece of crap and say , "What can I build out of that.? Of course these are all just my slanted perceptions and probably have no basis in reality. What I have learned from DOW is that we are all way more alike than we are different.

Ha Tom, that post of yours gave me a good chuckle and put a smile on my face.
I agree with your analysis and wish I was able to dress my thoughts in words like that.

Well said TomH,
You made me have to look up “hubris”.

On the tobacco thing . . .
as a young lad back in the early 60’s I made a dollar decision.
Earn and save up then later have the dollars for DO-ing things.
Or dribble them away daily smoking, chewing, drinking soda pops.
So nope. Never smoke outside of a few given baby cigars. Never paid out to smoke any mary-jay either.

Then the true daily/weekly/yearly effects become apparent.
$10.00 a day itches scratching is $3,650. a year.
In just three years NOT buying into sold-to-daily- to-make-you-happy’s you could have bought a real decent car or pickup truck. I did that.
In three years still places here you could of had a decent down payment on a house accumulated. Ha! My wife (who at the time smoked) but no drinking, lotto tickets and such took ten years to accumulate her first house down payment. Never paid out gone-and-away house rent since 1989.

Now some of you younger fellows seeing some of us oldters seeming to be able to spend out freely . . . . well . . . . take that basic $3,650 a year: not daily frittered away: over acuumulating over decades.
One decade is $36,500. A whole brand new car at retail.
Now take four decades worth = $146,000. A whole house on a lot still in some parts of the country. No more rents payed out.

So in terms of what the daily-fixes folks are robbing from you . . . . a fellows aught to get downright anger.
Because none of them want just $5.00 a day. Noooo. $10.00 a day. Add up cell phones and such too. Drive up make-happy convenience foods. Geez. The one good thing about the good old days was far less holes in your pockets “must-haves” to be able to bleed a fellow dry.
Screw 'em. Drink faucet water. The free to cheap coffee. The generic tea. Self made. Use a thermos. 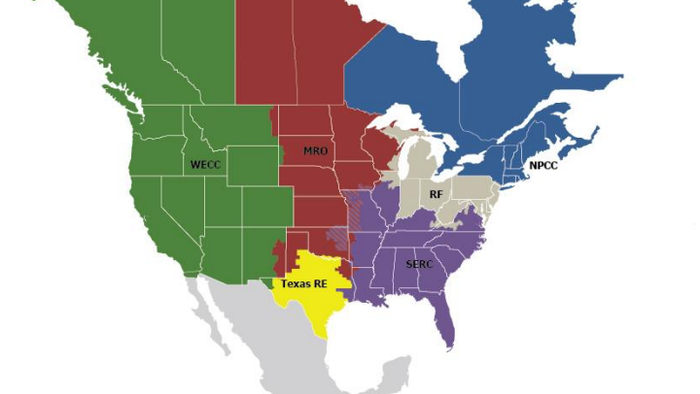 "Extreme weather events, including extended durations of colder than normal weather, pose a risk to the uninterrupted..."

Here TomH,
This one’s for you: 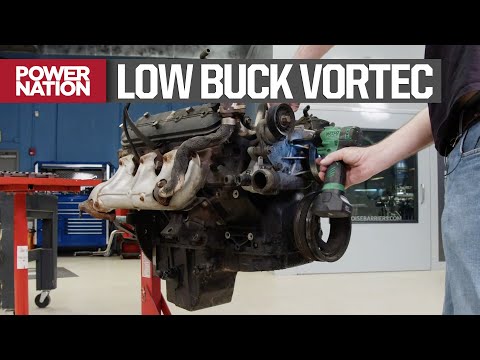 Carbureted converted. With an MSD system for the no distributor ignition.
I have on of these LS’s in my life now.
I was searching for a high mileage teardown and what you find for wear. What minimum needs to be done to restore power and usable life.
Ha! They reused the same bores, just honing.
Reused the same pistons, and RINGS.
Reused the same connecting rod bearings.
Reused the same factory oil pump; flat plate lapping to tighten up the clearances.
Ha! All stuff I’ve done and would do again.

Always good to have the shotgun along the trapline, duck soup and some beaver burgers to be made Around here on Saturday afternoons a lot of folks will have a 7 coarse meal.

A possum and a six pack

IV heard a lot of southerners talk about that and eating raccoon, but to much garbage for them to eat around here I’ll stick to the water cows and a cold brew myself

An excelent ratio of protein and carbs if you ask me

I totally enjoyed that Mr Steve. I used to watch those guys all the time but they aren’t on my channel list anymore. I didn’t know they were on You-tube. Things to be learned there. Pat’s hair didn’t used to be that black. I have 298 K miles on that same engine in my old truck. Can’t hardly kill them.

O.K. Caught me. Was my birthday today. And AFTER a whole bunch of packing stuff up and down stairs. After changing out three defective and worn-out lighting switches and two electrical outlets on live-circuits.
I finally got to kick back and relax with my birthday presents.
Two more of my hole-in-my-pocket vices exposed: Ahhh. . . . the booze candies?? Joke gift to me. Yup. I’ll eat’em. Too cheap-skate to buy them. 'Spensive! (one whole newly published book just in this one package)
Surpized me. Proudly “Made In Finland” since the 1920’s.
Only five consumed. Honest.
S.U.

What kind of books do you like? I have a box full of spy thriller novels that my uncle didn’t want anymore.

Mr Steve, l see we are not far apart. Myne is in a couple of days too.
Since my grand father became a veggie, l stoped congradulating for many more years, but extended the congradulation to wishing that the years remaining are lived helthy and fully! Wich l see you are on a good track with

What Marcus said from me too!