This thread is to document my restoration and use of a well known woodgas truck. I just bought this from Henry Austin. 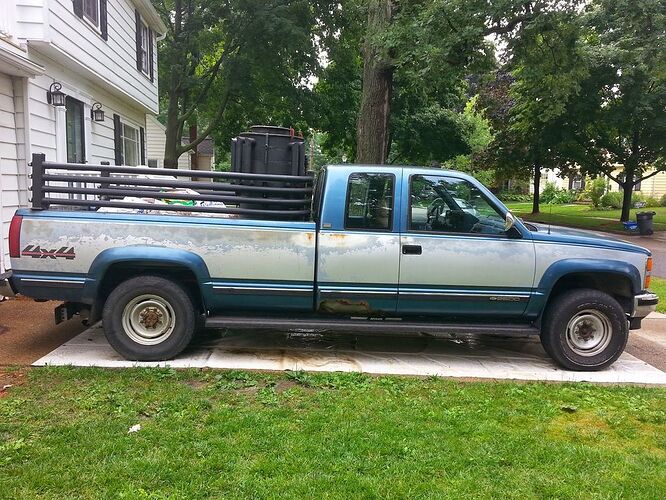 If you haven’t seen it before, here are all the specs:

NOTE: I have received many inquiries on this vehicle, specifically about the asking price and delivery options.The price is $15,000 U.S. You must take delivery in person, I will not ship, export or deliver it - Buyer is responsible for any necessary arrangements. Payment Methods I will accept; CASH ONLY in U.S. Dollars - To be transacted at a bank (to avoid counterfeit bills). No checks of any kind will be accepted, no foreign currencies, money orders, wire transfers, Paypal or Bitcoin and N…

I needed a work truck, and I’ve been pining for a gasifier. He made me a deal I couldn’t refuse…

I’ll be headed to Michigan on Monday to pick it up. It needs some work, but it’s work I know how to do.

I’ve sold the red Dakota to make room, it wasn’t really big enough to do the jobs I have for it. This will be an excellent farm and work truck. However I’m not sure if it will ever make Argos again (definitely not this year).

Why this truck / why now:
My general direction in life is moving towards rural homesteading. I need a truck that can haul a trailer, load up with gravel, and keep out of the mud. Basically what Wayne uses his V10 for, this is the Chevy equivalent.

Henry has had this truck for many years, but now has no place to park it. He’s in a cramped city lot and had been keeping it out of town at his folks place. That arrangement has dried up, so he’s had to get rid of the truck, and quickly.

Since the trans is shot, I’ll have to tow it home. I’m renting a truck to pull it. Henry is including a flatbed trailer big enough to put the truck on. I’m headed up on Monday with the rental, hooking it up, towing it home, all in one shot.

This truck is going to sit for awhile. I can’t fix it just yet, as I’ll be out on the road working for the next 6-9 months. But it’ll wait for me.

Eventually, I’ll have to R&R the transmission. I may take the plunge and rebuild it myself. Firetube is not a problem, I will take the opportunity to build the newer style reverse flow fins. This truck will get an automixer and check valves, probably some other upgrades similar to the black Dakota.

I’m not going far or fast with this build. If it can haul a decent load at 50-60 I’ll be satisfied. Henry tells me it has the gearing to pull a house down, and the engine to make it happen.

Looks nice Chris. Does it come with enough wood to drive it home? Seems like a long ways to go for a truck but I guess it is hard to fine one all setup with a gasificer local. Good luck on your trip hope it goes well.

It is a long ways, about 6 hrs each way. But it’s still worthwhile, given that I know the detailed history of the truck, it already has a gasifier, and Henry cut me a good deal on it. I like keeping things “in the family” so to speak.

Glad to see you got the truck Chris. Henry gave me my first woodgas powdered ride in that truck.
Argos 2014.

Awesome! I can’t wait to see what you do with it.

I’ll be looking in on this one for sure. What’s the job?

Yippee!! Hooray for you!!

Keepin it in the family ! When I made the Dakota Tennesee to Michigan trip, I had no idea of what fuel consumption a V-8 truck made without a fuel gauge working, so I stopped every 2 hours to make sure. I think that Argos 2018 is going to have a Chevy versus Dodge tug of war contest. Maybe a Dakota versus Ranger might be fitting also.

Hook up to a wagon full of wood with your tractor and head on down. Many people, I’m sure would love to meet the infamous Arvid. Remember you get all the wood you need for the trip home. TomC

Many people, I’m sure would love to meet the infamous Arvid

Hey ChrisKY
Glad to hear your direction is to “moving towards rural homesteading”.
I fully realize I am not too popular whenever I say only those Rural with their own trees can really ever be wood-energy Free.
Part of Henry’s problem was with only urbans-finds feeding this beast.
Rural, with your own trees and every annual, nature is events harvesting for you whether you want it or not.

Guess this proves I am not into just saying what will be popular, or political, please-all’s.
J-I-C Steve Unruh 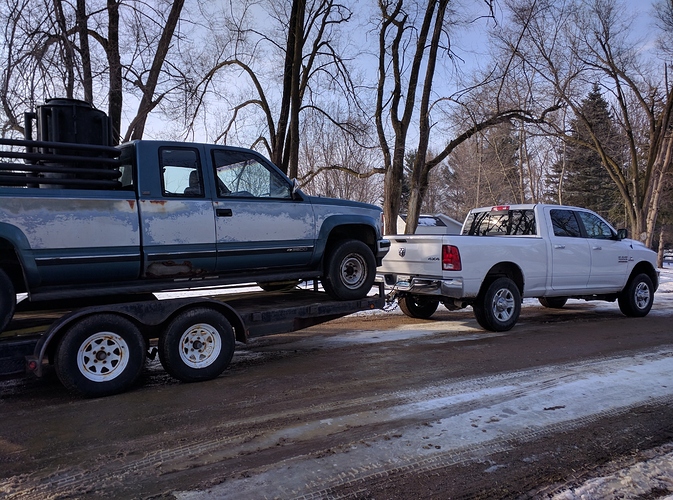 Safe travels.
It’s not too often older trucks are purchased from the North and brought to the South.

looks like the truck I rented for my first year at Argo’s. Hard for a Chevy guy to say, but yeah that was nice truck. It was really hard to give it back

Good looking project truck chris, hope you have lots of useable gasifier metal too work with or reuse, The parts on the older chevys probley more reasonbly priced. I would like too be able too tackel an old 700 r4 type tranny rebuild myself. Nice heavy duty truck and i like them back seat space. Fixing up used vehicles sure beats never ending interest and car insurencs / truck payments expecialy the price of the new trucks no thank you. 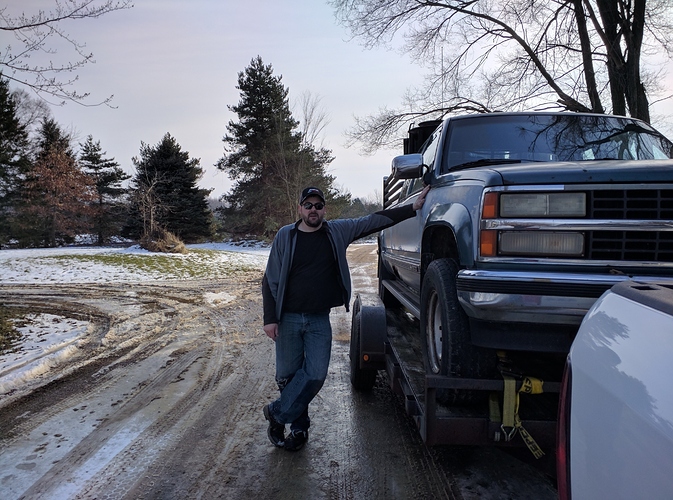 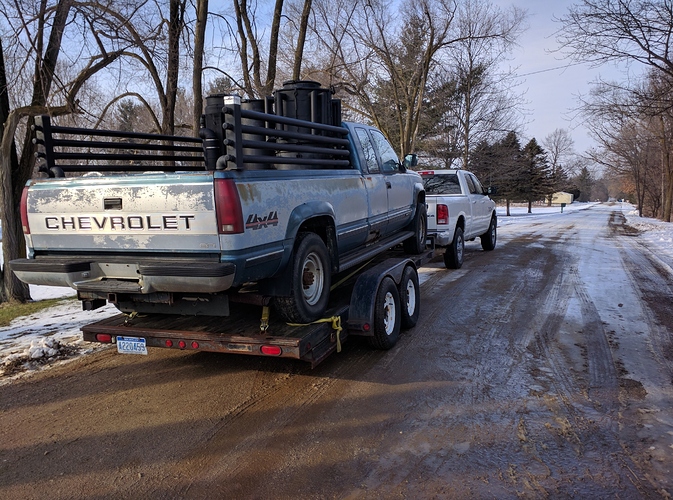 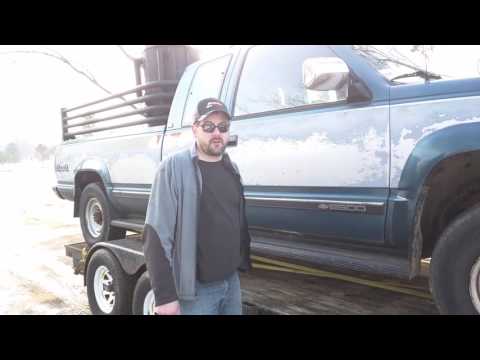