Mostly for @alextaylor62 ,he was looking for a North American dealer.
Thanks, Joep!

Cody, with your mechanical talents I wanted to encourage you to make your own slip roll. I wanted a set of rolls a couple of decades ago and between scrounging and creativity, I built a roll. The hardest part is to make the rolls. but I used standard pipe, turned down 4 disks with a hole sized for the shaft they spin on. 2 disks for each end of the pipe roller. 2 disks spaced several inches apart kept them centered or concentric with the pipe, without needing the shaft the full length of the roller. 2 driven rolls mounted with 2 bolt pillow blocks on the base and the third adjustable roller supported with take-up bearings. It works well for my needs and the most expense was the bearings. message me if you want any help,
Kent

I thought these self lubricating radial spherical plain bearings would be good for slip rolls, because they will allow the rollers to flex without the bearing binding.
Rindert 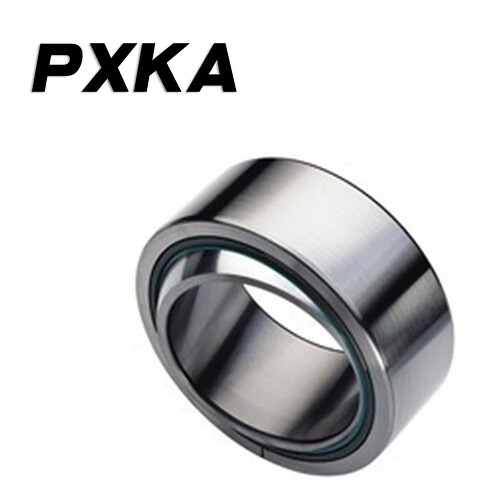 I will venture out into the snow for some pictures. I just used 2 bolt pillow blocks, because they were cheaper and they are self-aligning, and swiveling in the cast iron housing. the most inconvenient part is that I have to unbolt one side of the plate that supports the top roller if I want to remove a rolled part, however, I can usually just take them out by springing the sheet around the top roller
Rindert, I had found a small shop in Arvada that was scraping a set of 2 rollers for laminating large posters. It was a base with one steel bottom roller and a rubber-covered adjustable top roller. All I had to do was move the bottom roller sideways and make 2 more steel rollers. It was a quick and easy conversion

I think your design is fine for what most of us would need Kent. At most, builders like us may use this tool a couple times a month, a couple months a year. Also we really have no need for anything longer than maybe 3 foot so even regular pipe with a couple diminishing sizes nested inside one another would be plenty stiff enough for any of the gauges we might use if we had the mechanical advantage to feed it through the rollers.

I looked around for some way to repurpose something from Roller and Associates Auction House, but didn’t find much. I ended up getting 3 pieces of 2-1/2 sch 40 pipe from K and K Surplus. I will have to take out to bolts two remove the work piece. Feel like I’m building something that might still be around 300 years from now.
Rindert

Rindert, had to look up K and K, it looks like a great place to look. I used to buy from Den-col and wish I could find a better supplier here. I get sticker shock when I buy any more. There is a scrap yard about 45 minutes away that puts anything they think they can sell out for salvage. I guess I am just getting old and cheap.
kent

Yup, check out K and K. But realize they are there to make money. I don’t have a problem with that really. But realize they carry basically three kinds of steel New, Specialty, and Used. Used is just used mild steel. That’s the cheap stuff. The other stuff you pay more for. Know what you are getting before having them cut anything for you.
Rindert

There are laws about importing stuff for sale. But the bigger one is some of the chipper safety rules. I think it needs to have a 30" long throat so arms don’t get into the cutting mechanism, and an auto shut off bar mechanism so you bump it on the way into the machine and it disengages.
Those went into effect sometime in the 80s, because of reports about people getting sucked or bumped into the large woodchippers. Which of course resulted in some huge lawsuits and law changes.

I thought they required making longer chutes so you could get the whole damned leg in. 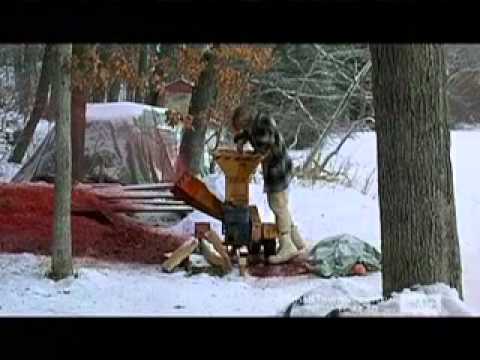 next video in my toyota rebuild series but im gonna stick it here since i have not seen a video on it just a couple guys describing it of how to make a stove rope silicone gasket. might sound simple, but might be a new guy that would like to see this 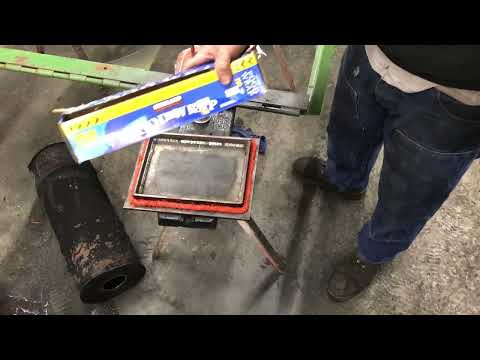 How many saw blades have you thrown away because the were worn out in one place on the blade but the rest of the blade was as good as new. Here is what I do to save some monies on these blades.
I just simply grind off the worn part off of the blade and make so it will go into the clamping part of the jig or cut off saw or allsaw. You need to be careful to not to heat up the saw blade when you grind it. Heres a picture. 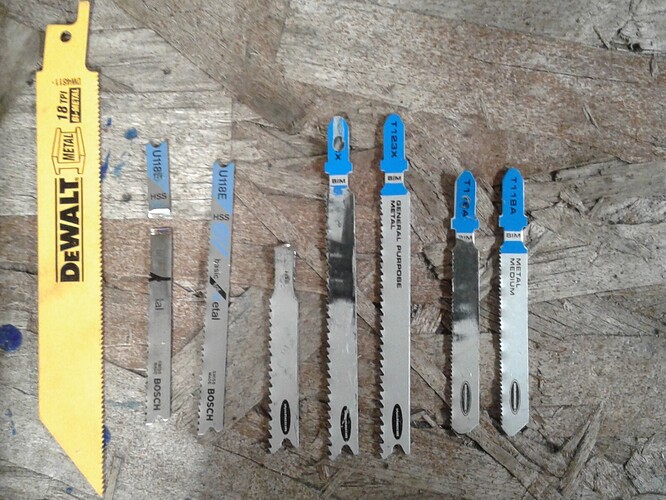 Maybe you have a knack for grinding in nice features like that. I just put a board under the saw, with two short screws to hold it in place.
Rindert.

How many saw blades have you thrown away because the were worn out in one place on the blade but the rest of the blade was as good as new.

None. they go into a separate ‘just in case’ pile. It is just in case I run out of sharp blades and prevents me from making a trip to the store to finish a project. I have yet to take it to the level of regrinding. I have used a board, just not as smart as Rindert and actually attached it.

Free hand on my grinding wheel. Dipping in water frequently to keep the blade cool. Also with gloves on is how I do it.
I do not like using dull blades, I have for that very same reason, I am not running to the store to buy more blades. And I am only 5 minutes from the store. Lol
Bob

I went into Menard’s one day and they were clearing out some recip blades so I bought all they had for $1.99 each

Not real good in steel but fine for wood. The thing is they are toothed on both sides of the blade and the tip so that you can plunge cut with them. How is that not an idea other manufacturers should use? Same amount of steel, twice the cutting edge. I normally buy Diablo blades.