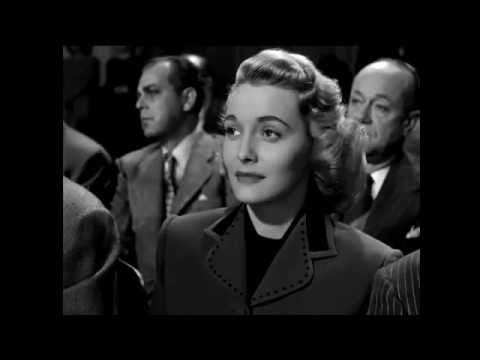 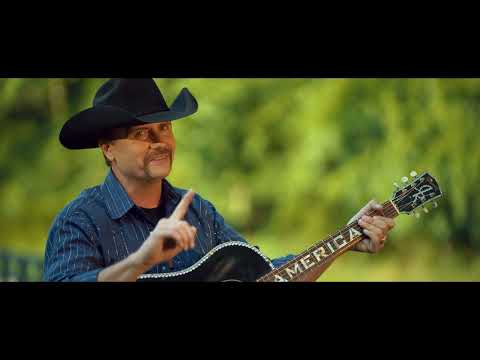 Hi guys, here is a video showing the evidence of why you need to change out engine oils often using quality engine oils: 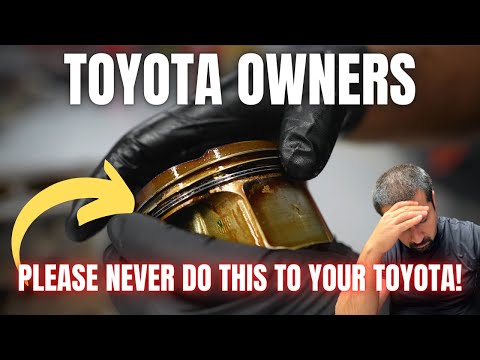 Skip ahead to 9:30 and on and see just how oil clean overall this engine was kept at 185,000 miles.
The text earlier said one quart per 1000 miles been consuming since ~135K. Then at ~150K more and more until up to three quarts every 1000 miles.
At 11:05 he shows the spots worn in the cylinder bores from the carbons stuck oil rings.
At 12:42 he shows the pistons with the burnt carbons stuck oil control rings.

I decades ago learned re-ringing “fixing” for another year, then another year, on my old oil burners.
Free up those rings. Get them to bore follow. Compression back side pushing out rings for pressure sealing. The oil control rings able to bore follow; and scrape; pistons slots draining out and removing excessive oil.

Woodgas fueled you’ll not be able to use visible oil deposits and oil heat darkening. Have to just change out by hours and miles, chickening out. Like a diesel engines.
Oil is cheap. Can’t put back bore wear except with $$$$.
Look at the labor hours to remove all anymore for a heads and oil pans off, rings-slap job!!
S.U.

Watching videos on YouTube and I saw this guy trying to de-carbon pistons
Brake cleaner is absolutely not something you ever want to spray into an engine.
The solvent will soften things and I have seen just a little brake cleaner in a carb ruin a set of reeds in a sled and destroy the engine…

That said I do some horrifying things myself for reasons of expediency
( like spray methy cloride based paint stripper into spark plug holes to decarbon )
Ya works but you should not do this, take the engine a part…

If you tar up an engine and you know you did it before you shut down the CRC will actualy help you get that out.
You know you tarred it…
The filters plugged on you and you saw it.

So before it cools get some of that Intake cleaner in there soak it.
Start spray run…
Keep it up untill its clean then oil the hell out of the top end with some 2 stroke oil before you let it cool and your much less likely to need to strip it down.

If you have the option to run on gasoline by all means do that to wash out your engine too…
That’s probably the easiest thing. 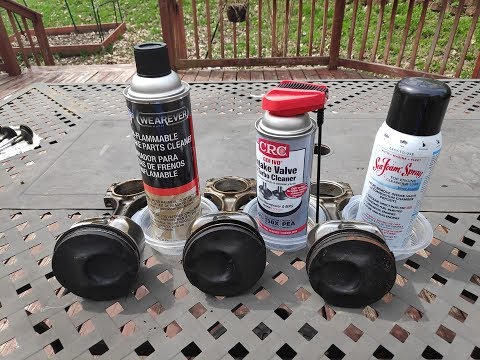 Nope you can’t.
If you don’t run a safety filter and have eaten a lot of abrasives then this might be worth a try.
Restore.

Its no longer sold in Canada as far as I can tell, but there are solids in it that will help buy a little more time in an engine that’s been scoured to death. ( No longer available, that’s why its so expensive here )

So in conclusion:
Change oil often.
Use good filtration and a safety filter to plug up in case of a tar issue or primary filter failure and you won’t need these things…

Regarding the tarred engine, I spoke to Niklas(omställningsresan) when he was up filming my car.
He has tarred his engine twice.
He warmed up the engine so he could pull it around, and then he ran the engine with a lot of alcohol in the bubble can, and it cleaned the engine completely.
Maybe not so stupid anyway, seems to work if you’re afraid of getting tar in the engine, and uses very little alcohol.

What’s a bubble can? 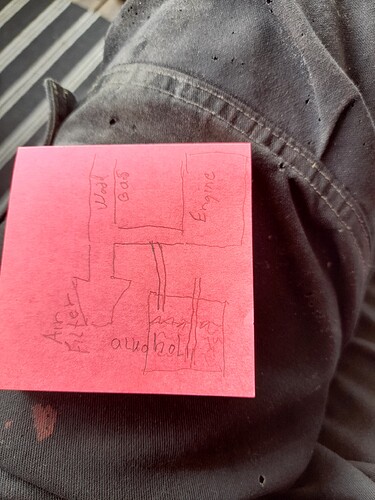 Absolutely remember to oil after you Methanol to clean tar.
It will strip any residual oils and its very likely to cause rust as well as being corrosive to some metals. 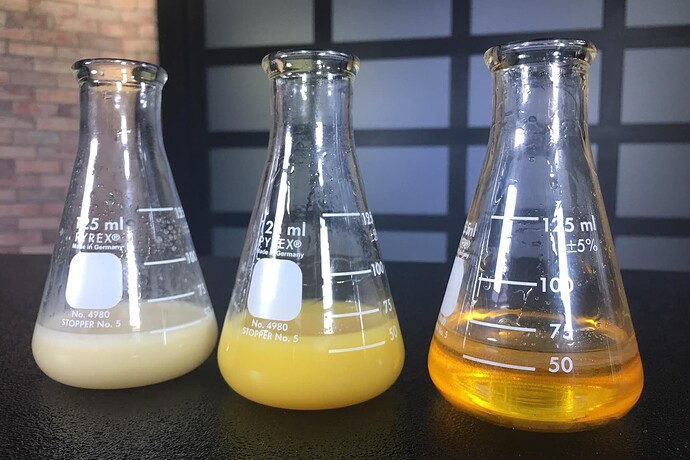 I don;t know if you can still buy this as a consumer product.
Its a Methyl Chloride based gasket remover.

I used it in desperation to de-tar a GX240 engine I built.
The nuclear option for engines tarred and locked up. 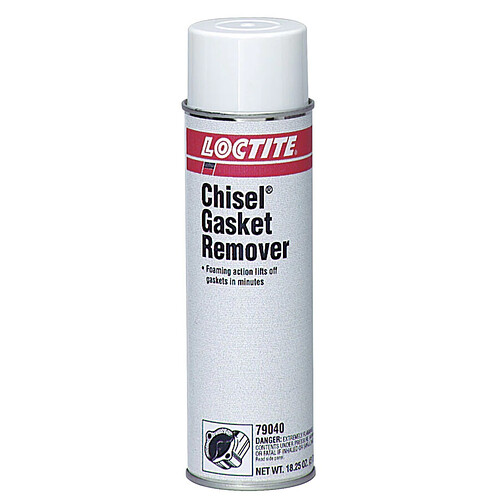 Maybe this car would run on woodgas? 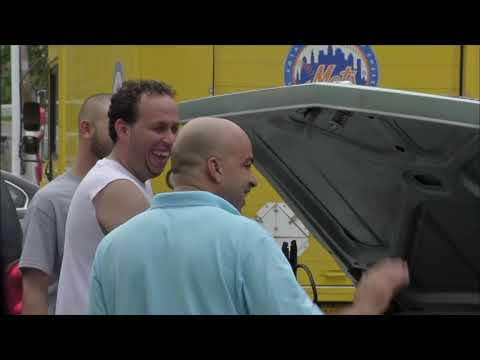 Time to start the harvest. Always remember the words of Mr. Black as you rip that rutabaga out of the ground. 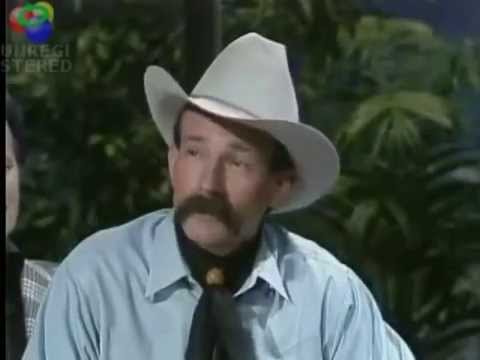 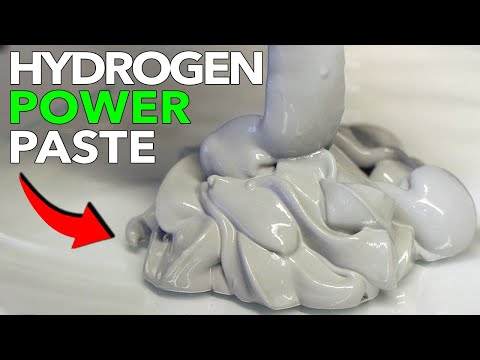 DME is made from syngas. 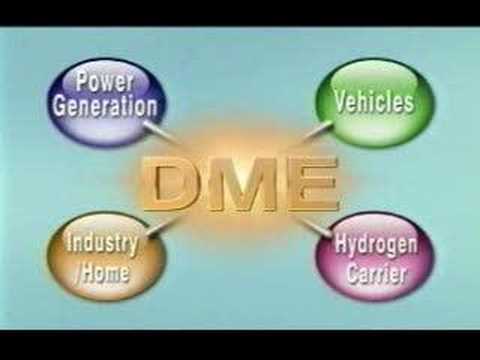 This gasifier wouldn’t attract a lot of attention… 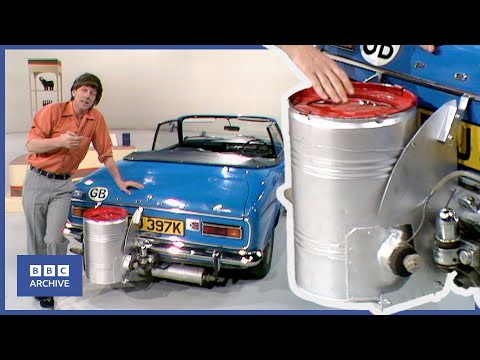