This is the official thread of information about the 2016 Indiana woodgas meetup.

We are going to meet in Argos, IN on May 19-22 at the Marshall County Fairgrounds.

Most of the info from last year still applies. Hope to see you all there! 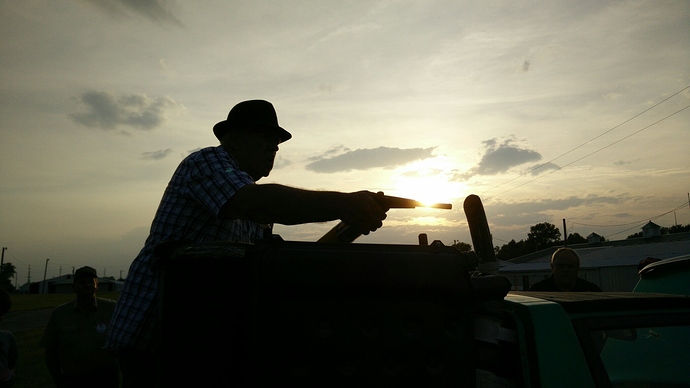 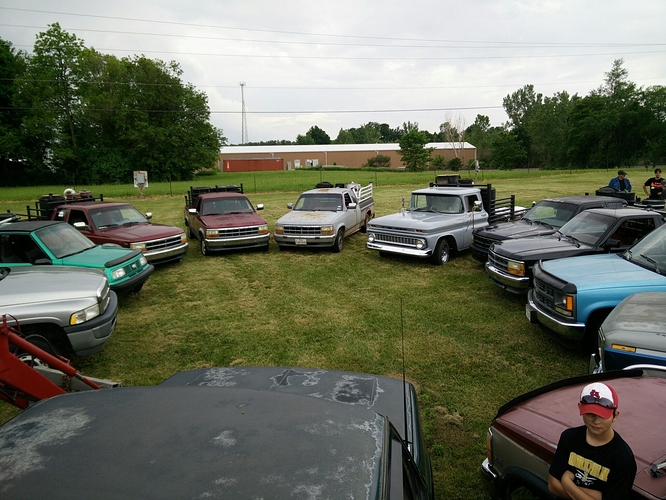 ###RSVP
If you’re coming we need to know, for insurance reasons and general planning; this is not technically a “public” event. But we’re all friends here, and you’re all invited. So, tell us if we can expect you! Signup sheet below.

###Directions
The fairground is on Linhart Dr in Argos IN. Just put “Linhart Dr. Argos, IN 46501” into Google Maps or your GPS.

###Hotels
The nearest hotels are in Rochester and Plymouth. A few choices, but get your reservations early. According to Ron Lemler, the hotel rooms vary from $41 to $100+ per night.

###Camping
On-site camping is free, and highly recommended. Electric hookups are available, $15 a night. There are train tracks close by, trains do run at night - just FYI. The consensus is that staying on site definitely improves the experience, I’d encourage everyone who can to do so. In the event of bad weather, we can move tents inside the buildings.

###Food
Main courses for lunch and supper are provided, but we encourage everyone to bring some food to share. We have a wonderful group of ladies who have kept us well fed every year. Anything we can do to make their lives easier will be appreciated!

Please let us know that you're coming! Answer a few questions below.

Guess I better get hopping if I’m gonna have the truck going by then. Got a few extra materials I can bring to share.

Oh, if anybody wants a rusted tecumseh block model HH100 I could bring it to Argos 2016. Otherwise I will toss it in a few weeks…

Picture deleted because engine block spoken for and save data space…

Chris, can I delete my photo on your drive or does that stay there.??

Hi Andy, no head, starter is smashed and piston frozen. But it is cast iron and should have some kind of starter gear on the flywheel. Valves are in it.

I’m more than happy to give it away but it is a boat anchor right now. But if someone was collecting parts it could be helpful.

I was thinking of the crank etc for a homemade pellet maker, so yes that would work for me. But don’t expend to much effort to bring it as junk engines are plentiful.

Andy, I’m tickled not to have to trash it…! Easier to bring it to Argos than toss in the trash… Feel better about it any ways. Can’t wait to see the pellet maker…

Hi Jeff, You certainly loaded me up last year … That orange hose is good. Too bad I felt like crap and was all bloated by antibiotics there. I’m glad Ron Ohler gave me a bed to nap and sleep on. … I went even another round with Lyme after that , Then got pneumonia late september / october … Bad summer for me. It was zero degrees here this morning … Better get used to that … Mike

Oh, that’s right, my car blew up on my way to Herb’s and beyond and I got bit by a possibly rabid cat after I got home and fell asleep in my camping chair so I wait a year to see what happens … I killed the cat. What a summer. One of my best friends just died and another fell out of his car at a class reunion and broke his neck. Oh, The Golden Years :o) … M

Hi Jeff, You certainly loaded me up last year …

Mike, it’s my pleasure to help out a fellow gaser… Now that you used up all your bad luck … it’s balls to the wall…

I’ll reiterate what I said last year. That top picture of Don lighting up would be my vote for this years shirt.

A post was merged into an existing topic: 2016 Argos T-shirts

I agree Andy, that’s a great photo, and it would lend well to B/W conversion

Always HAPPY to see Don … AND of course the rest of the gang !!! Mike BTW, The tractors cracked me up last year !!! I think it was Henry Jr. that would let his run in circles on pellets … I think I dumped one load in … :o)

Bump. Less than four months left… get those projects finished up!

6 posts were merged into an existing topic: Wood supply

Anyone else who needs a constant reminder that Argos is getting closer, bookmark this page:

Count down every day to 19th May 2016, with your own customizable countdown clock.

Made it my home page.