Wood IS THE Freedom Fuel!

Start a topic about Jean Pain and your experience with your piles. Did you have coils of tubing in them?

OK. I need to break the story up into small snips, because I do not remember the details well and I don’t want to do a lot of typing at one time. Byte-Sized Story™.

Yes, there was a coil(s) of tubing.

I could not duplicate Jean’s process because of a lack of resources. So, used what I had.

Junk Chinese wood chipper, some wood and a lot of switchgrass. Oh, and NOT enough time.

I read The Jean Pain story and watched a video on YouTube. The key appeared to be fresh wood chips. They don’t “work” after a few years. 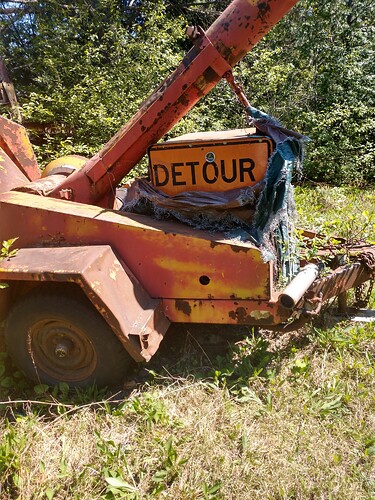 It was my understanding that Jean used branchy feed stock, like brush. That material would have a lot more nutrients in it than the stuff I used. That’s a big deal. In his situation, he was not harvesting the same plot of land every year. So, he didn’t have to worry about depleting the top soil. Of course, he could of returned the compost to that soil, however he was using the compost for food production.

My feed stock would not have had much in the way of nutrients and that is why the interest in the below articles.

[Recycling Urine And Using It To Heat Homes]
(https://www.technologytimes.pk/2020/12/31/recycling-urine-and-using-it-to-heat-homes/)

Always nice to put two waste streams to use.

The next biggie is that Jean used a special chipper that really was not a chipper. It made something like shavings. I guess we could call it a shaver. This is an important point. In other words, a wood chipper will not work. On the other hand, I bet that shredded wood chips would work. Start by chipping the wood then feed those chips into a shredder.

Bruce, that is the type of machines I look for – if the price is right ! 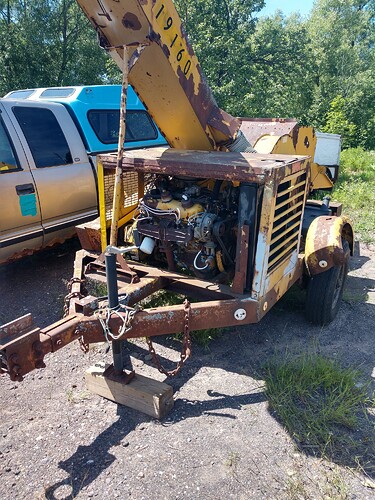 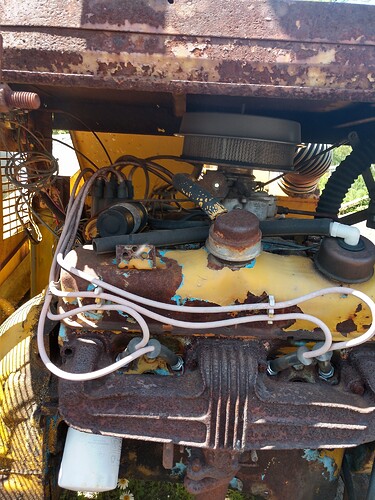 Something closer to $200. I don’t recommend doing a heat compost pile, unless it is just for entertainment. Don’t spend hard earned money on it. At least wait until I finish explaining my experience.

It would work better in a warmer climate than I live in. What are you winters like?

I did not have any machine to chop up the bales of weeds. Ended up just stacking a layer of weed bales then wood chips on top. Then another layer of bales and chips. It was in the shape of a pyramid. Used an elevator to make this insane pile of hmmmm ahhhh stuff. Each or some of the layers had the black plastic water pipe. I think there was also some garden weeper hose installed to inject air and water.

This was also the time period, that I was looking into digesters and methane. I remember reading that one gentleman said that running a digester was like raising farm animals. My grandfather could operate a farm well with horses and sucked at running tractors. Dad is the opposite. What I am getting at is that working with animals is a bit different than working with a machine. I think this also applies to working with microbes.

For the larger layers, i would do one a day. In the morning, the wood chips would be steamy and nice and hot to the touch. That would soon stop. I’m sure that I would have added water but I do not recall doing that. The mound was covered with a tarp.

Even though it was a small amount of heat, it was nice to have trouble free heat for a month or two. Even after I gave up on compost heat, I missed it.

Some of this was spread over the period of about three years, wild guess.

To give a try at making gas some chips were composted. Not totally composted. I have no idea how far wood chips should be composted before feed into a digester. It was a batch digester made from a 55 gallon barrel with a floating top bell. A garden hose was attached to the top of the floating bell. The floating bell was just a plastic container. About the size of a laundry basket. I think there was a challenge with the composted chips wanting to float. That would of caused problems with the floating bell or something. At that time, I had a way to chop up the weeds. The digester was buried in chopped weeds. The heap was too small and never heated up enough. The other problem was that Paying-the-Bills™ was consuming most of my time. I even forgot about it for some time. Oh, the end of the hose was attached to an air mattress. I do not recall how long before I had half an air mattress of gas. I do know that it was flammable because it did burn. For sure.

I never got to the point to see if it would liquefy like Jean claimed. Some wondered if methane could be stored in CO2. I doubt it, because a lot of people would be doing it.

The last thing I learned is that when a large pile of weeds are chopped (another noted the same with sawdust) and piled up it will heat up, however it kiln dries it’s self. This drying out stops the heating process. Of course, if conditions were right this dry material could catch fire. There is an out side layer that stays wet. About six inches.

There is a method to charcoal rice husks, by placing a chimney in the pile and lighting the center. I tried it and had some success. I was going to try it during the winter under a blanket of snow but ran out of time.

A compost heat pile for the tiny work shop would be nice but too many irons in the fire . . .

Thanks for detailing your experience! 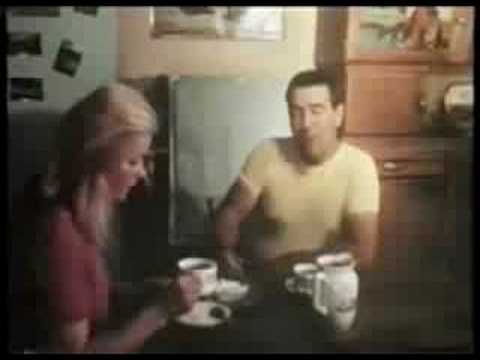 Cool. I had heard rumors, but this is the real deal.

I’ve been interested in this since I saw the MEN story on him back around 1980 or so. I didn’t know he had that much help though. That would make all the difference. I compost a lot of shredded leaves, bark and green stuff. Without any manure my little piles never build any real heat but they will break down in to good compost in about two years. His piles work because they are so massive. Still not clear on where he’s getting all that methane though. I’ve seen way bigger digesters than the one he has in the middle of that pile and they are using manure an rotted animal bedding and still not getting those kinds of volume.

Here is the booklet that Jean used to sell:

The question I always had was, did CO2 store the methane that was produced. Like acetone stores acetylene. That would explain how he compressed it.

Now that was a very interesting video!

Jeff,
I also read about an English man who compressed methane produced from chicken manure. He used a scuba compressor @1100psi.

Ok, I haven’t investigated the micibility of CH4 into CO2 but I will. Interesting thought.

What I have wanted to investigate is the fractional distillation of biogas. As you obviously know, CO2 will liquify under compression. CH4 will not. To liquify CH4, one needs cryogenic capability. I figure the chicken guy and Jean Pain were concentrating CH4 by liquifying the CO2. I don’t know what they were doing with the liquid CO2. It would be just as useful as the CH4.
This gas compression also has an asymmetrical use as well. With the complete unavailability of bullets in my area, we have been looking at PCP air rifles. These guns also need highly compressed gas.
B

Bruce J. CO2 concentrated can be used as shielding welding gas. Has to be clean and dry of course. No need to have been compressed. Just flowed.
S.U.

Thanks for mentioning that Steve! Sometimes I get into a hurry to post something and get outside, and I omit the obvious. I have two mig welders with CO2 shielding gas. I guess I figured everyone knew that.
There is home made soda pop. Also apple storage under CO2 as well.

With the complete unavailability of bullets in my area, we have been looking at PCP air rifles.

Bruce, I always wanted a crossbow.

Steve, I first learned to stick weld with the flux removed from the rod. Old welding trick. Not a good weld but can help when when welding thin metal. Plus it makes one a better welder to learn how to stick without flux. But, ya any homemade flux or gas shield is better than none.

Start casting your own! I get lead roof scupper from roofers for mine! But bow is my popular choice right now to affordably shoot. Side note…compressed woodgas potatoe gun…arrow launcher…combustible fuels we use for ice engines are great for 'splodey bits fun

I have one of those HHO cell generators that I plan on making a cannon with. Using solar electric. Should be a blast.