I guess the 40 c valve is to keep from over heating floor .
I should have left question alone .
I have the relief valve . I just did not want to risk dumping water or stressing system . Was running boiler as wood gasifier to run engine did get engine running , could not keep it running . made a lot of tar .

I asked about that regime, because my gas boiler servicemen once talked with me about such setup he was going to build in his own house. His reasoning was that wood is cheap and wood boiler work with best efficiency at full load. So it make sense to cycle precisely in same way you do.

Hi Joep, I am attaching a link about a thermovar pump for a boiler,
http://kesko-onninen-pim-resources-production.s3-website-eu-west-1.amazonaws.com/pimdocuments/14746509.pdf

I like it, Tone.
I have pretty much the same setup. Major difference is I have a shunt (3-way mixing valve) for radiator supply.
Is it common practice in your area to rely on pressure diff created by radiator thermostats?
Do you use a pressurized or “open top” expansion tank?

I like the idea of the large storage tank. My system has coils that feed a 100 lb propane tank and a large oxygen bottle. I had mixing valves on them but took them off early on because they weren’t necessary. If the pumps are off the water in the containers will boil but since they are open to the air they don’t build any pressure other than venting some steam. They get piped into in-floor PEX and it has never had any trouble handling the 212F if it has to take it. Never really happens though since I turn the pumps on when the stove gets fired up. Water temp is usually right around 120-140F. The floors suck that up really fast. You can definitely feel the difference between the start of the floor loops and the ends until it has been running a while. Then it tends to even out.

2 posts were merged into an existing topic: Life goes on - Winter 2020

Hi Jan, the pressure difference is created by the pump, the thermostatic valves on the radiators regulate the temperature in the rooms, and the BPV valve prevents the excessive pressure difference, which at the same time enables the storage of excess energy in the storage tank.
In our country, heating systems are mostly of the closed type, the expansion vessel must be 10% of the volume of the system

They get piped into in-floor PEX and it has never had any trouble handling the 212F if it has to take it.

Tom I have only read about the subfloor loops but it is my understanding the temperature should be kept pretty low on the order of 80 to 90f in order to protect the flooring itself from thermal expansion and warping. I was wondering if you have seen any issues with the flatness of your floors because i have definitely seen old wood floors that won’t stay flat but I think the issues I have seen have more to do with the seasonal change in humidity then anything else. 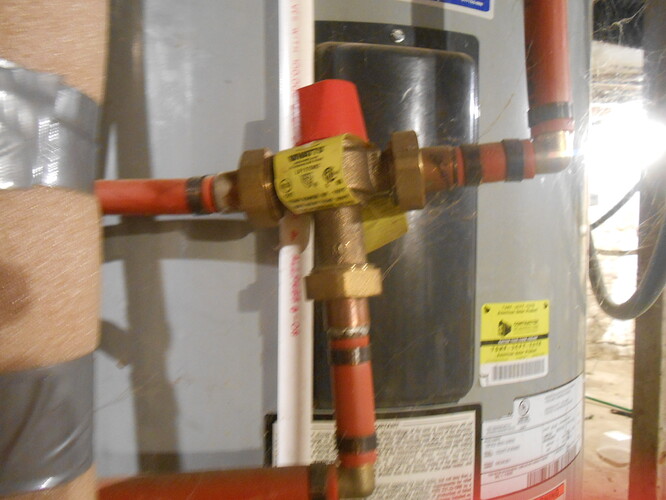 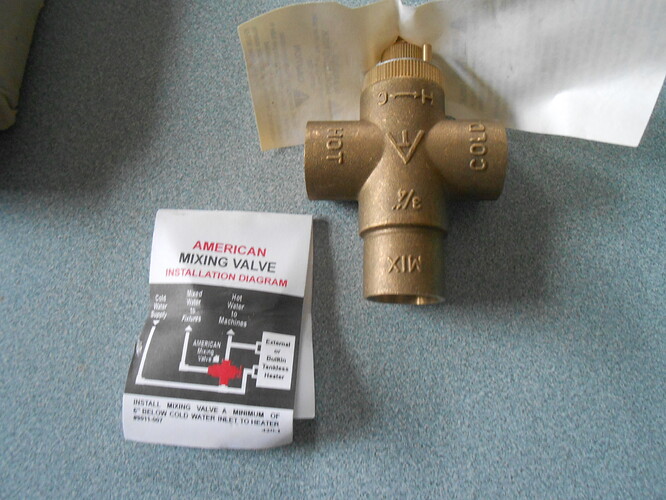 Outside wood boiler is not pressurized it is vented . it has antifreeze , boiling point is above 212 f
operation is to 180 f . inside is heat exchanger between pressurize propane boiler water and antifreeze from outside and second heat exchanger for hot water tank .
tempering valve for domestic hot water shown . why there are two is another story .

Well fellows, hopefully AdminChris read all of this about your different hydronic heating systems and puts these it on their own topic.
That will make it searchable in the future.
Regards
Steve unruh

My floors are concrete Dan. The lower level is a four inch slab and then a three inch cap poured on that with the PEX in the middle of that and ceramic tile on the surface. The second floor is pex in inch and a half concrete, pea gravel aggregate. That is laid over a steel space frame with 2x8’s bolted to it to carry the concrete. The second floor works well. The first floor would have been much better if I had laid styrofoam between the slabs. I chose in stead to use the ground underneath as a heat sink. Not a good plan.

Tom there is actually a design for using the ground under a concrete floor as a heat sink but you have to put foam insulation under the ground first then fill in something like 2 or 4 feet of sand as the thermal mass with pex in the sand IIRC that layer is heated up with solar thermal during the summer and will phase shift heating the house into the fall as the heat makes it’s way up through the sand into the concrete. There would be a second layer of pex in the concrete for the heating season.
I have seen a design where you put a 2 foot piece or foam around a slab foundation at a 45 degree angle going away from the foundation into the ground. The idea is that the foam will stop the frost from getting under the foundation. That might help with your basement. It is an alternative to a 4 foot frost wall. I haven’t seen it built.
At one time I was planing on starting a business building net zero or off grid homes with a friend of mine. This was back early 2000s and we both thought the housing market was in a bubble and chose not to get into it. Turned out to be a good choice in the long run. Also solar was too expensive at the time to make most of our designs work.
It does sound like your home is built to withstand the test of time. I am sure those floors will not mind the heat.

I hired someone to install my outdoor wood boiler . The first company I had consider the job said they did not know how to do the job but were sure they were going to replace my propane boiler , very sure they were going to replace my existing propane boiler but had no idea how to install an outside wood fired boiler . I did not hire them . I had to hire a separate contractor to move the boiler or there were many . I hired the one remaining approved contractor to install the boiler and they were not happy but they did some part of their job and left . After installing heat exchanger I replaced circulation pump . Installer had surprise . Yes this thing actually would work . I have never called them back .

my outdoor wood fired boiler weights 2,500 lb , 1,134 Kg . Months after ordering it I got call it would be arriving that day and that it was on flatbed truck . And I was responsible for unloading it . So company chose to ignore my saying I had no capability to unload this thing . Called driver told him not to go to my home and that truck would be unloaded elsewhere . I found a welding shop with a fork lift . And I got the boiler down onto their parking lot . I payed over hundred dollars for this .
I then found flatbed truck with forklift who loaded boiler on to truck drove to my home and put boiler back on ground . This cost me over a hundred dollars again . I then hired construction company to firm a gravel pad inside shed and move boiler on to pad . I hired them again to knock down two silos .

Woulda, coulda, shoulda Dan. I would love to be able to go back and rebuild this place. Actually it’s way too big and unnecessary now. We had to refinance when we had the place nearly free and clear back during the 2009 depression. Now we still have a mortgage. I’d like to build a nice little cottage on our property that would heat with about a cord of wood a year but that’s not going to happen now.

Tom I hear you I was just thinking the insulation outside the foundation at a 45 degree angle wouldn’t be too hard to add now and might make a big difference.
Believe me living in a house built in 1901 with very minimal mantaince over the years I understand living with way too much home not up to modern standards.

We don’t really get frost here Dan. All the time I was building houses I could excavate in the middle of February. We always get snow before the cold weather comes and average January temps here are about 22F. Right now we have only a couple of inches of snow on the ground and it’s been at or above freezing for a while now. I can dig with a shovel if I wanted to. If this keep up I’m going to plant Kale.

Tom the 4 season harvest book would show you how to definitely grow greens year around with a simple shelter of a box with a transparent cover. If you grow Kale I recommend blue dwarf Curley or red Russia both are less bitter and good greens I grow them and preserve them the the winter myself.

Interesting exchange guys.
When I built my garage 16 years ago I used 12 inches of styrofoam under the concrete slab with pex hose floor heating + 2 inch 45° foams around. I rarely exceed 70F going into the culvert and the garage pretty much holds a steady 50F all winter.
However, my house is built 1946 with an uninsulated basement. I bet 75% of my firewood is consumed just to keep a couple feet of the ground free of frost around the house.
I can realate to the house being too big as well. Ever since kids moved out there’s plenty of unnecessary space. I made suggestions to wife we could move into the garage. No luck yet