Film dedicated to the 100th anniversary of gas-powered vehicles

Good afternoon. I ask for help.
I am editing a very detailed film dedicated to the centenary of gas-fired cars (since Imbert showed his gas-powered car in France in 1921 and aroused great public interest)
If you have video archives and photographs (preferably with captions what is shown in the photo where and in what year). I will gladly include them in a film popularizing transport gas generators and technology in general.
For the second month already, I have been collecting grains from books and networks on my own, and I have also collected a lot of videos and photos. I am also ready to share with you.
Thank you in advance.

Maybe you have books that tell the story of wood-fired machines, it would be nice. I saw one German, but I could not get it.

Some to be found here:

Woodgas videos from around the world General Discussion

The real gem is a 1940’s Imbert factory sales video presentation someone here on the DOW put up from a television Swedish/Norwegian television series.
I cannot yet find it.
Anyone??
Buried in here somewhere, maybe:

Discussions about the rich history of wood gasification, from the town gas days of 1900, through the war years in Europe, when a milion cars and trucks ran on wood power. Also includes the woodgas revival in the 1970s and 80s.

The real gem is a 1940’s Imbert factory sales video presentation someone here on the DOW put up from a television Swedish/Norwegian television series.

Could it be this one? 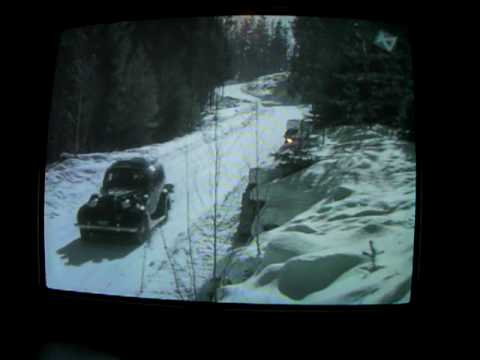 Cool video.
Would love to know what is being said.

Would love to know what is being said.

Also, the advantage of a wood gasifier, since any small farmer can act as your “gas-station”.

I think Wartime Woodburners by Ryan has a lot of good pictures. A lot of the information is in French and German. I have followed many leads on the internet that started with this book.
Rindert

Our friend SergeiL (Serg) has a new informational video out:
Converting diesel engines to wood gas.
CC is in clear English. 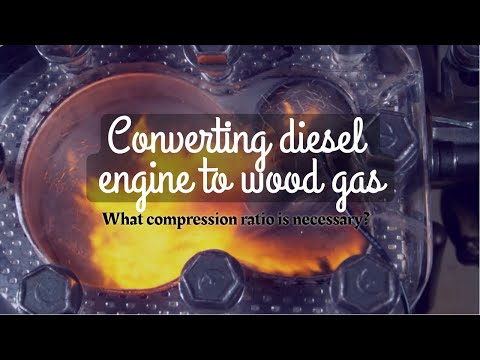 Watch through for the latest thoughts/studies/results on super lean fueling for better results.
Regards
Steve Unruh

Or try on his youtube channel GenGaz - Lagunov. I am a subscriber. Video works for me.

Some very good information in that video Steve, thanks for posting that up! 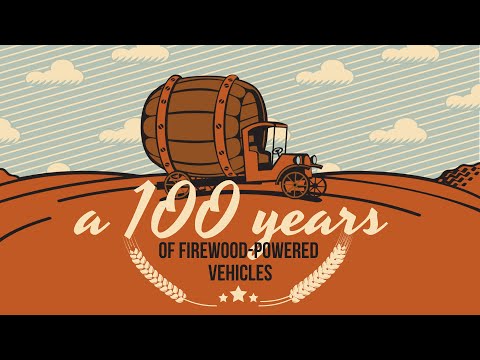 A lot of early history on gas making. Early internal combustion engines. The needs for these.
At 18:00 he shows that Imbert tried an upper monorator system in 1937.
At 18:22 he shows an Imbert patent system feature that supposedly allowed going up from a 25% maximum wood fuel moisture to as high as 35%.
At 46:54 he shows the DOW gasified Ring-of-Fire vehicles.
And his Afterwords summary statements are grim and telling.

Some elements I’ve seen. Some element the I’d never seen. And certainly easier to video watch then many, many books reading.
Some such as the earlier Finnish and Swedish works are not shown. VesaM’s vehicles systems shown towards the ending.

The narrator/presenter is in English with English text Closed Captions.

My 2nd viewing, I spent a lot of time switching the English CC to Swedish, German, French, Slovenian, Italian, Spanish.

Again, to do this is six steps:
Change over to “watch on YouTube”
Click on the white CC on the bottom line to enable (will show a red line underneath it)
Then click open the Gear tool icon next to the CC
On the box brought up go to the third line saying, “CC Subtitles . . . .” Click onto that
Next box brought up click on to “Auto-translate”
And that will bring up a scroll listing of languages. Select the one that you want
Then time-line cursor yourself back to the running video’s beginning

Enjoy the richness. Only grumping a bit on places and systems left out. He does say 2-3 times that the left-out deserves later, separate videos.
Steve Unruh

And thanks for posting the 100 year history vidio of gasifiers, and gasifier vehicles, had a lot of info on the wood gas vehicle years, and the imbert design time frames of history invention changes.

Yup what goes around will come around again, and the cycle just keeps repeating it’s self again and again.
I am glad I have the knowedge of gasification and the know how to do it. All of my 35 years of hydro operations is usless to me now. But the knowedge that I have gained here on DOW is priceless, far excededs gold prospecting. Charcoal the new but very old black gold to cook, heat, run ICE, and a source of monies to use to trade for other things. Best of all my wood is free. DOW.
Bob

I can’t imagine how much effort went into this video. I hope many people get to see it. So excellent.

I also enjoyed the movie very much

We need this video to be added to the DOW library. Attention @Chris please check this video out.
Bob

I hope you all are keeping tabs with Sergei, he has been posting the most phenomenal woodgas history videos on his YouTube channel almost daily with so much content its making my head spin. Very cool video from the very early days of woodgas in the wars, lots of military footage, wood fuel depos, tons if vehicles of all kind from cars and mopeds to busses and tanks all running on wood. A deep dive into the imbert workings and all its changes over time along with other gasifier manufactures, the history of the use of wood and solid fuels is very fascinating! i never thought i would know that during the war times there were in excess of 1 million solid fuel engines running across Europe. If only there was a conveyor fed woodgas fuel depot every 60 clicks today man I would be set!

Do you have plans for your gasifier?