Heres something for you, Cody
I hope its understandable. 20220122_163037600×800 91.6 KB
This filter is inspired by a filter Volvo developed
around 1974, when there was a oil crisis.
The filter housing i somewhat copied a wartime charcoal gas filter (dont remember make/model)
altought a lot upscaled.
Something to remember is, this is a hot filter,
directly after the gasifier, to not get clogged, i try to always drive for so long that gas leaving the filter reaches temp over waters boiling point.
Forgot to mention, inside the filter fabric there is a “cage” made of wire net, to hold the fabric apart, not get sucked together.
12 Likes
Woodrunner (Göran kindervall) January 22, 2022, 3:52pm #22

No the car on the first pic is not mine, anyways it’s suitable license plate as you say.

Very excellent drawing. I like the pleated design to increase surface area. Is the center pipe perforated inside of the filter area?

When you had this filter, did you get any soot in the intake then?
Do you think it would work with a stainless steel cloth, or would it be too stiff?

Yes it’s perforated the whole lenght, in the bottom it’s expanded, sitting on another pipe (like on exhaust pipes) to be able lifting the complete filter out of the housing, inside the center pipe is a threaded rod that holds the filter and the lid.

The first 1,5 year i used this filter the piping and cooler was totally clean, the water in cooler and in condensate catcher near engine was clear too.
Anyways there was always soot after the butterfly valve in mixer, and some in intake, read somewhere that it’s almost impossible to not get some soot where there is a pressure drop.
As for the stainless “fabric” it’s something i really want to try, I dont think it’s to stiff to work, as im going to change out my glass-fibre fabric, the stainless stuff is what im looking for.

What do you think about this, what size of squares do you think one would have?
This is what my intake looks like after about 30-40 miles, was yours something like that? 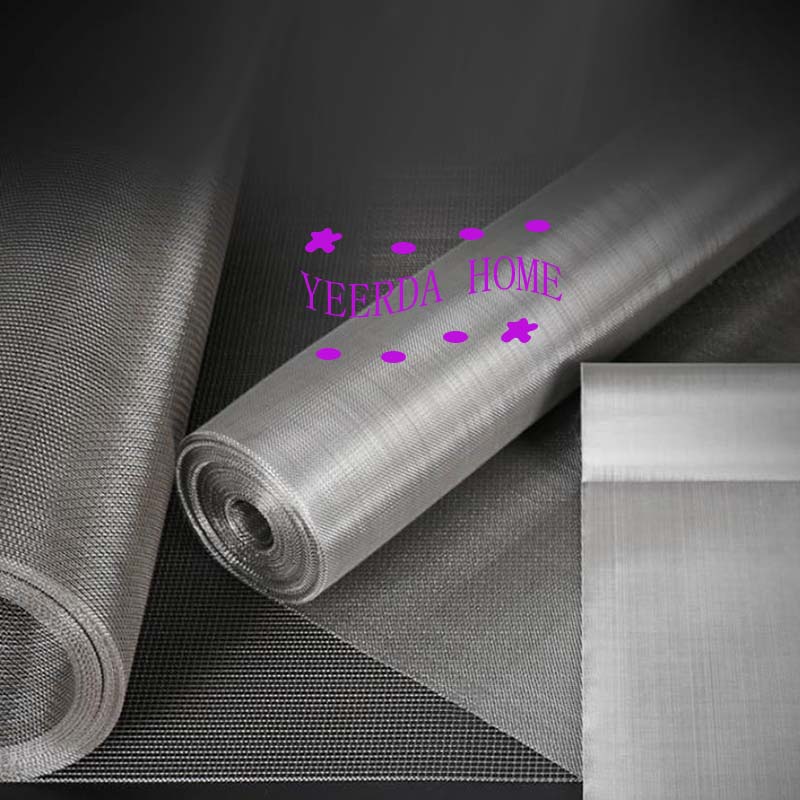 " . . . read somewhere that it’s impossible to not get some soot where there is a pressure drop."
So true.
Pressure drops are flow turbulences areas too.
Every flow control valve is this.
Stupid two 45’s, 90 degree welded piping turns are this too. Pressure dropping turbulences zones.

It matters not whether the downstream soots are microscopic soots forced into visible amalgamations.
Or as I’ve come to believe actually turbulences energy CO to CO2 and free carbons reversion.
The soots will form and coat.

Welcome to the DOW GoranK.
You lift up the conversations already.
Regards
Steve Unruh

That material is spot on, I should go for the finest, 400mesh, not just hold finer soot out,
a finer mesh is a lot more “smooth” makes it easier for the “soot-cake” buildups to slip off and fall down, when they are too thick.
As for the intake there was only tiny amount of soot, thin like spray paint. Now after the filter cloth has sagged alot, I probably has to use a screwdriwer to scrape the soot out, only to make the butterfly flap visible.

Thank you Steve u.
Yes, woodgas is a perfect way to “get it visible” to see how and where it starts to buildup soot, with your own eyes.

I like the truck on the left hand side.

You know what? That’s a Volvo as well

Here are a few more pics from the meetup.

That was interesting JO. I would have thought the van was loaded with a nuclear reactor. Did Volvo ever make anything smaller, like pick up trucks? I know they are big in Semi’s. Even build them in China.

Boy Tom; I agree about the nuclear reactor statement. Some of those looked like a plumbers night-mare. JO they will think you forgot to build something into yours— it is so simple and compact/contained. Was surprised to see a turbo=charged woodgas vehicle. I would have thought that at shut down the turbo would be so hot that with woodgas still up there and air that the system could blow up. Even with the turbo I bet yours is faster. JO what is that space ship on the van? It has two wires/hoses going up to it that appear to be “plugged into spark plugs” (not about woodgas but in the picture of the old Chevy touring car, what is that protruding off from the cowl?) TomC

I’d like to find some plans on how they built this extension for their car. I know in the cover of the Gengas book they used the same type of trailer. TomH, as far as I know Volvo never made a pickup, except terrain vehicles - for military use mostly. like a plumbers night-mare. JO they will think you forgot to build something into yours

TomC, at least the van was complicated like nothing I’ve ever seen.
I remember Ivar (meetup hoast) scratched his head when I explained I had only two containers - one with wood and one with hay and that’s it

what is that space ship on the van?

Around the filler lid on top of the roof, there was a huge hollow flange or gutter. Since the hopper was inside the back doors of the van, this flange was all that was out in the open to form condensation.

Edit: I noticed I missed two paragraphs of your questionnaire, but realised they both have the same answer: - I don’t know

how they built this extension for their car

Cody, I think just two points hinge/bumper mounted and a pivot wheel in the back. Low speeds required

It seems like by percentage of population Sweden has more wood gas vehicles than anyone else. Doesn’t seem like the ones in the pictures have much fuel storage room so pretty limited range. As far as I remember, only Joni has been able to gather fuel off the side of the road.

I have seen videos where people still have signs up advertising they have gasifier wood at their places. World War II is over but some people do not forget and are ready if the fuel shortages ever come back.
Bob

TomH, from what I’ve heard Finland is no1 and Sweden no2. Represents the percentage of tinkerers I guess. But don’t forget the east. We know very little about countries like Russia and Ukraine. @Joni may have an idea about the percentage of woodgas vehicles.

Bob, I have to admit I’ve never seen anyone sell gasifier wood

But the interest for gasification is up for sure. The majority of times I stop at a parking lot infront of a store, there’s someone coming up asking me questions. Not long ago a guy even tailed me around town into a parking lot. I had just dropped wife off for grocery shopping and it took me almost an hour to get back to pick her up

She threatened to go by herself (on dino

) next time, so I’ll better behave in the future

Of course there is gengas fuel to buy, you get a discount too.