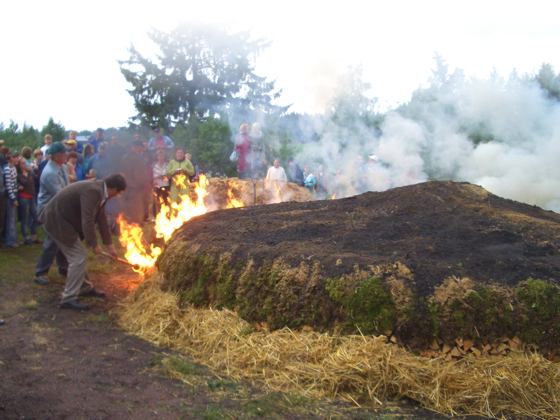 As the straw catches fire and the flames begin to grow, Timo Rouhiainen takes a couple of steps back. The…Read more

The ‘dale’ or burning ground .
Tracking this back to 6 Th millennium BC

Henry, we do something similar in America. We stack up a bunch of logs and burn them. 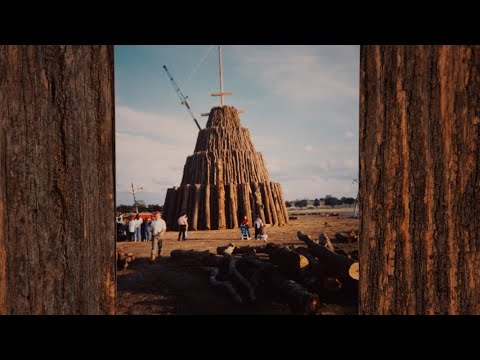 Interesting this HenryB.
I read a British rail historian say that wood-tars and coal-tars were the preservative savior of the early decades of British rail build-up of wooden infrastructure. Rail ties, signal towers and the earliest trestles. And only two of theses could later be converted to stone, iron and steels.
Regards
Steve Unruh

I would think of ships before trains .
Few visitors to any ship which as been rigged in a traditional manner have left the vessel without experiencing the aroma of pine tar. The aroma produces reactions that are as strong as the scent; few people are ambivalent about its distinctive smell.
The old age of Cooper’s Ferry is about 15,000 to 16,000 years old. "I just never had thought that the site was going to be this old.”
That the first people to see the American continents were seafarers who paddled to the Pacific Coast.

“The most parsimonious explanation we think is that people came down the Pacific Coast, and as they encountered the mouth of the Columbia River, they essentially found an off-ramp from this coastal migration and also found their first viable interior route to the areas that are south of the ice sheet,”
https://www.nationalgeographic.com/culture/2019/08/coopers-landing-idaho-site-americas-oldest/

33 posts were split to a new topic: Tone’s Hydronic Boiler

Nice!
My Kubota is to small for that. What kind of tractor is that?
I made a fork for it but 150 kg is max if you dont want to wheely all the time. Extra ballast and the little thing will break.

Holder Am2, an old German tractor

Tone, those chips look like made by a rebak/stepcovac? I don’t recall pics or vids of it

On your roof, every four tiles on every other row have something that looks like a handle on it. I’ve never seen anything like that?

On your roof, every four tiles on every other row have something that looks like a handle on it. I’ve never seen anything like that?

Keeps from getting a neck full of snow

Ah, of course. This type is more used here.

My Kubota is to small for that. What kind of tractor is that?

There are a few different manufacturers in Italy of small 4 wheel drive tractors like that German Holder. My pasquali is basically the same tractor and around here far more common. Goldoni also made some well built tractors. I would look for anyone of those brands if I was looking for a small 4wd articulated tractor. The only thing I didn’t like about my pasquali is the hydraulic system. It was designed to run the power steering not the loader I think I will end up putting a different pump on it eventually but that is me asking alot of the loader and wanting more speed.

Thanks Tone, Dan. Work has exploded here. Still in my armchair. Only heating on wood. Made the tour all around and came back to sawdust. Thinking of Joni’s gasifier to really start. Someone suggested in the past to start with just a gasifier and after that a IC engine. I think that is my path.
Anyway. In the meantime, harvesting wood is ok. Only the Kubota is to light. And the other day I saw a tractor with steering in the midle and a forklift behind. A lot weight up front compared to a normal tractor! How much can you lift like that, Tone?
Last thing, is it a two stroke? Do you like that? Never saw a two stroke diesel. Any pro s and cons?

I have used wood as big as would fit as heavy as I could lift and it is all gone . I cut through a tree and could not get it to fall . And stopped cutting trees and picked up all the branches . Now I have snow and I am not cutting down trees in the snow .

I have never figured out how they did it but In the 1890’s they ran a rail line though the swamp at the back of my property. Made a bed somehow. A lot of the ties are still in the ground and some of the spikes. I broke a pick handle trying to pry one of those spikes out of that wood. I assume the ties were soaked in creosote or maybe coal tar. Whatever it was it lasted longer than some PT decks I’ve replaced. I have also replace rotted redwood and cedar decks. None of them were more than about 50 years old.

Finally Lady Winter decided to visit the Heart of Europe. 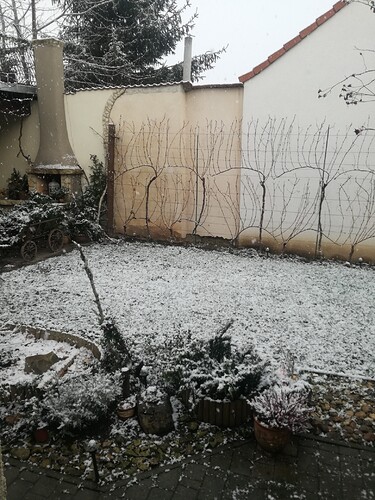 Where is the heart of Europe. I saw a video on the Weather Channel this morning from the Italian Alps. They were walking through cleared paths with snow 5 foot high on both sides. Getting rescued by Helicopter. Normally we would have about a three foot snow pack right now. I see patches of bare ground here and there. I think they don’t have much even up where Bruce lives. Less snow makes life easier. I’m not going to cry if this is the new normal.

Nice espaliered you are establishing there. Apples?
Regards
Steve Unruh